Maryland taxpayers will be on the hook if the toll lanes Gov. Larry Hogan wants to build on I-270 and the Washington Beltway flop. So states the fine print of contract terms that the Maryland Board of Public Works is scheduled to vote on June 5. The contract terms directly contradict the governor’s pre-election pledge that it would not cost taxpayers any money.

This is not the first broken promise on the toll lanes. During his 2018 campaign, the governor told voters that “Not a single house is ever going to be taken down.” State highway officials now admit that 34 houses will be destroyed along the Beltway, and additional homes will likely be lost on I-270 north of Shady Grove.

The contract terms lay out how a private company will run the toll lanes under what is known as a public-private partnership, or P3. Buried in them are unusual legal arrangements that could put billions of taxpayer dollars at risk. Yet the Hogan administration did its best to ram them through the Board of Public Works – a three-member body consisting of the governor, comptroller and state treasurer – before anyone could understand what they mean.

The contract terms were kept under wraps while the state legislature was in session. Then on April 30, the Maryland Department of Transportation stuck them at the end of a 36-page document posted without public notice on its website.

At the time, the Board of Public Works vote was scheduled just one week later. Treasurer Nancy Kopp’s absence forced a postponement, but even now scrutiny of the legal complexities – involving financial risks that might reach billions of dollars – has barely begun.

One clause stands out for its brazen violation of the governor’s promise. It says that if the state has to cancel the contract because the contractor messes up, the state will use taxpayer funds to pay back some of the contractor’s debts.

The state will also pay if the project is halted by a judge. This is a significant risk; the headlong rush to jam the toll lanes through has created a multitude of potential legal vulnerabilities. The planning board of Montgomery and Prince George’s counties contends that state highway builders have no authority to take land from its parks without its consent, and the Montgomery County Council and county executive have asked it to deny that consent. We, at the Maryland Transit Opportunities Coalition, joined by other groups, have pointed out severe flaws in environmental studies that must meet standards set by federal law. 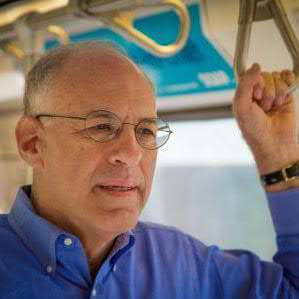 More danger lurks deeper in the contract terms. They reveal that the Maryland Transportation Authority, rather than the private P3 contractor, will collect the tolls. A device called MDTA Notes will deliver the money to the contractor. This complex scheme, described only vaguely, aims to get around legal obstacles that could impede the financing of the toll lanes. It is not clear that it succeeds.

The purpose of the MDTA Notes – a loan from the P3 contractor to the state that serves no visible business purpose – is to prevent the transportation authority’s bondholders from seizing toll lane revenues if the authority runs into financial trouble. Lawyers we have talked with have many questions. Will the MDTA Notes create new liabilities for the state? Might they violate state law? Much more is needed in the way of specifics before anyone can offer answers.

One thing is certain in this legal morass. Now is not the time to vote on these contract terms. They need more scrutiny before billions of tax dollars are put at risk. The Hogan administration has refused to withdraw the pre-solicitation report – as the General Assembly recommended in this year’s budget – but Comptroller Peter Franchot and Treasurer Nancy Kopp, the state’s fiscal watchdogs, should insist on it.

Once detailed terms for individual P3 procurements are worked out, they can be sent to the legislature and Board of Public Works for the review mandated by state law. The public must be fully informed about this massive financial commitment before decisions are made.

The writer is chairman of the Maryland Transit Opportunities Coalition and author of “Dead End: Suburban Sprawl and the Rebirth of American Urbanism” (Oxford University Press, 2014).