To the surprise of no one, a legislative panel vetting candidates for state treasurer has voted to recommend House Economic Matters Chair Dereck E. Davis (D-Prince George’s) for the job.

The Special Joint Legislative Committee to Select the State Treasurer moved briskly Monday morning, interviewing the four applicants for the job and weighing in with its preference in a virtual meeting that lasted just 52 minutes. 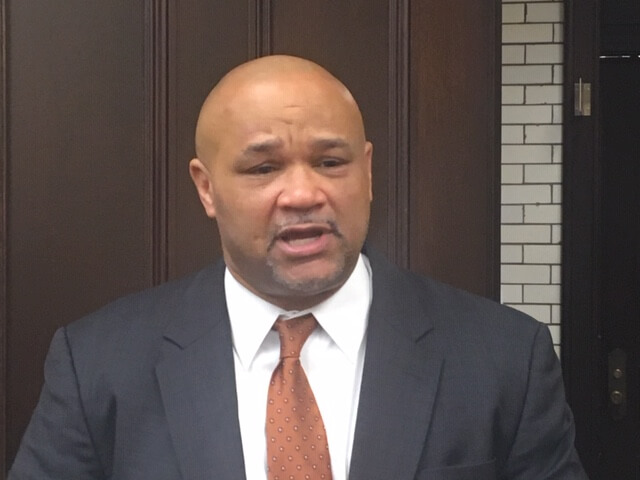 All four of the candidates’ names will appear on the ballot when the full General Assembly meets next week to select a replacement for outgoing Treasurer Nancy K. Kopp (D), who is retiring after almost 20 years on the job. The ballot will also include a space for write-in candidates when the vote, tentatively scheduled for Dec. 10, is held.

The state treasurer is selected every four years by the General Assembly and that person serves on multiple state boards and commissions, including as the legislature’s representative on the powerful three-member Board of Public Works. Kopp’s early retirement means there will be another election to appoint a treasurer for a full four-year term at the beginning of 2023.

Each candidate was offered five to seven minutes to make an opening statement, but only Davis received a question from the lawmakers on the screening panel after he was done. He was asked by Senate Minority Leader Bryan W. Simonaire (R-Anne Arundel) how he planned to transition from being a partisan politician after 27 years in the legislature to serving in “what is traditionally a nonpartisan position.”

“I’ve always put the interests of Marylanders first and foremost,” Davis replied. “I’ve always done what I think is the right thing to do, and sometimes I’ve gotten in trouble for it. So I’ll continue doing what I’ve been doing.”

“I appreciate that answer,” Simonaire said.

After each of the four men offered their opening statements, they were asked questions about their leadership styles and the state pension system.

“I believe in bringing in good people and then letting them do their jobs,” Davis responded. He added: “My intention is not to remake the position but to fine-tune it.”

If Davis is elected, as expected, he would be the first state treasurer from Prince George’s County and the second African-American to hold the job. Richard N. Dixon (D), Kopp’s predecessor, who served from 1996 to 2002, was the first.