In an interview, Frick, who served in the House from 2007 to 2019 and lost a bid for Montgomery County executive in 2018, said he hopes to attract clients for lobbying work in Annapolis, Montgomery County, and at the federal level. He’s calling his lobbying shop The Frick Firm.

“There’s generational change on Capitol Hill and in state government and in the county. So I have a good set of contacts and an opportunity to be useful to an array of clients,” the 46-year-old former lawmaker said.

Frick said he hasn’t registered as a lobbyist yet because he’s just beginning to solicit potential clients. 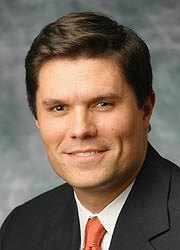 At a time when the state is standing up new industries, like recreational marijuana and sports betting, Frick believes his experience with legislation and government regulations will be especially valuable, noting that the late House Speaker Michael E. Busch (D) often tasked him with “learning new industries in short order.” He said he expected to target his business initially to the portfolios of the two committees on which he served, the House Economic Matters Committee and the House Ways and Means Committee.

Frick said he would be hanging a separate shingle for a more standard legal practice. Since leaving the legislature, he was a litigator at the Washington, D.C., firm Cuneo Gilbert & Laduca, LLP, a job he left just after Thanksgiving. Prior to that, Frick spent most of his legal career at the international law firm Akin, Gump, Strauss, Hauer & Feld, LLP.

“There’s a lot of great lobbyists around,” Frick said. “I hope there’s an opportunity to partner with them from time to time.”

Meanwhile, the lobbying firm of another ex-lawmaker, former House Health and Government Operations Chair Peter A. Hammen (D-Baltimore City), is adding some firepower.

Lininger worked most recently for Nemphos Braue LLC, a boutique corporate law and lobbying firm based in Towson. He has also served as director of Government Affairs at the Maryland Insurance Administration during the Ehrlich administration, and worked for a few other lobbying shops.

“Brett’s experience and relationships with key decision makers on both sides of the isle and his exceptional public policy acumen will greatly benefit all of our clients,” William Kress, Hammen’s partner, said in a statement.