Editor’s Note: The Special Joint Legislative Committee to Select the State Treasurer voted Monday morning to recommend Del. Dereck E. Davis for the treasurer position. All candidate’s names will appear on the General Assembly’s ballot next week. Read about the vote here.

Four men have applied to become the next state treasurer — including the overwhelming frontrunner for the job, state Del. Dereck E. Davis (D-Prince George’s), and a former state lawmaker who left the legislature in 1995.

A legislative panel is scheduled to interview the four candidates virtually Monday morning, and the General Assembly will choose the next treasurer during its upcoming special session on redistricting, which will begin on Dec. 6.

The state treasurer position is coming vacant because Nancy K. Kopp (D), who has held the job for almost two decades, plans to retire by the end of the year.

The treasurer is selected every four years by the 188-member General Assembly, giving an advantage to any state legislator who seeks the job — and particularly to a member of the House, since there are three times as many delegates as senators in Annapolis. The last four state treasurers have either been current or former delegates; Davis has served in the House since 1995 and has chaired the powerful Economic Matters Committee for nearly 19 years.

Regardless of who is chosen to replace Kopp, another election for a treasurer to serve a four-year term will take place in early 2023.

In addition to Davis, the other applicants for the position are:

Douglass, 79, represented East Baltimore in the House of Delegates from 1971 to 1995, opting not to seek reelection in 1994. A banker and insurance broker, Douglass spent 13 years as co-chair of the legislature’s Joint Budget and Audit Committee, and served for a decade on the Board of Trustees of the State Retirement and Pension System and worked at the Maryland Department of Assessments & Taxation after his legislative career. 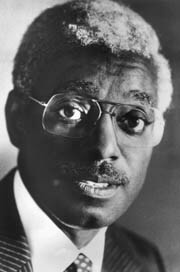 Douglass ran three times for Baltimore City comptroller, losing the Democratic primary in 1975, 1979 and 1983 to the incumbent, Hyman A. Pressman.

After serving for his entire legislative career on the House Appropriations Committee, Douglass was removed from the panel in 1993 following a dispute with then-Speaker R. Clayton Mitchell Jr. (D), who transferred him to the Ways and Means Committee. In protest, Douglass did not attend a single Ways and Means hearing or voting session during the entire 1993 legislative session, and was restored to Appropriations in 1994, his final year in the legislature, by the new speaker, Casper R. Taylor Jr. (D).

Zimmerman is wrapping up a 40-year career in public service; he’s retiring this week as secretary-treasurer of the Maryland-National Capital Park and Planning Commission. His career has also included stops at the Maryland Environmental Service, in Frederick and Queen Anne county governments, and at three higher education institutions in Maryland.

“Should you be seeking a true professional, without political ties or influence, please give some thought as to how I could be of service,” Zimmerman said in a letter to state lawmakers.

Cortes, a U.S. Army veteran with a law degree from the Universidad Escuela Libre de Derecho in his native Costa Rica, has been an investment banker and financial consultant for several companies, most recently for the firm IDB Invest.

“I am a strategic thinker who absorbs and analyzes information that advises better decisions,” he says on his resume.

In his application for the treasurer’s job, Davis emphasizes his knowledge of government budgets and his ability to work collaboratively. In addition to his time in the legislature, he has held various roles in Prince George’s County government, including spending the past decade as deputy director in the Office of Community Relations, and also was an administrator at the Washington Suburban Sanitary Commission, the water and sewer utility.

Davis also holds a Masters degree in public sector financial management from the University of Maryland.

“Throughout my previous work experience, I have honed my skills in budget development, oversight, and continuous improvement, building a firm foundation of industry knowledge,” he wrote in his letter of application for the treasurer’s job. “My communication skills have enabled me to work collaboratively and effectively with residents and business interests throughout the state.”

Davis went on to say that the treasurer’s office is “at an important juncture” and that he possesses the skills “that make me uniquely qualified to serve the state in this capacity and able to hit the ground running from day one.”

Plenty of smiles as Hogan, Franchot serve their last meeting on Maryland Board of Public Works

One of the final votes included approval of a new lease to keep Baltimore Ravens in the city for at least another 15 years.