The writer, a former Clinton administration official, is a 2022 Democratic candidate for governor.

After months of negotiations on Capitol Hill, Congress is on the verge of passing the Build Back Better Act, a signature piece of President Biden’s agenda. By now, you might have heard about some of the key pieces of the bill, or at least about the drama that’s engulfed Washington over the last few months.

But I want to talk about something that probably won’t lead the news — a section of legislative text in the more than 2,000-page bill, only a few paragraphs long, that could fundamentally transform higher education in Maryland and across the country.

I would know because I wrote the blueprint for this text.

This section of the Build Back Better Act provides half a billion dollars to fund programs to help underserved students go to college and graduate with a degree. But these aren’t just any programs. The bill specifically requires at least 30% of these competitive grants to go to programs that are backed by rigorous evidence — and that’s the part of the bill I want to focus on, because it’s a standard I wrote myself while leading the Coalition for Evidence-Based Policy.

This standard would require much of the grant money to fund higher education programs that have been proven to work. And that’s what makes this provision of the Build Back Better Act extraordinary, because there are already proven-effective programs in higher education that, if expanded, could make a big difference in young people’s lives.

Programs like Bottom Line, a comprehensive program for low-income students that works as a higher education partner, advising students on everything from the college application process during high school to course selection and financial aid while in college. Rigorous testing shows that Bottom Line increases bachelor’s degree completion by a remarkable eight percentage points.

Another proven initiative is Accelerated Study in Associate Programs (ASAP) — a comprehensive community college program for low-income students. ASAP provides academic, personal and financial support to low-income students needing remedial education, and it has been shown to increase degree completion by 11 percentage points.

Funding in the Build Back Better Act would allow states like Maryland to bring these programs to scale, and the benefits for Marylanders would be enormous.

Statewide versions of these programs would help close the higher education achievement gap in Maryland, helping thousands of students who otherwise might not be able to attend and complete college graduate with a bachelor’s or associate degree. The success of these programs would be transformative for Maryland — a state where fewer than half of students who go to community college graduate or transfer to a four-year university. 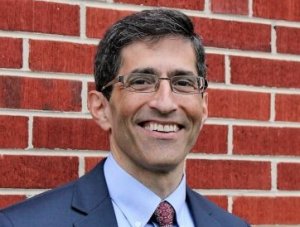 And the benefits of these programs would be critical for students of color and low-income families, who are disproportionately affected by education inequities in the state. In fact, the competitive grants in the Build Back Better Act would prioritize funding for programs that support underserved students, which is exactly what Bottom Line and ASAP were created to do.

It’s exceedingly rare for federal funding to include evidence-based standards, which is why I’m thrilled to see such a significant amount of funding — at least 30% — reserved for evidence-based programs.

But that’s just a start. There’s no reason why states can’t dedicate even higher amounts of federal funding to evidence-based programs, and that’s exactly what I’ll do as governor.

This is just common sense. Why wouldn’t we do what has been proven to work? But it’s also critically important if we really want to help young people succeed in college. Because the truth is many well-intentioned programs don’t work.

Take one recent initiative in Milwaukee, for example, which promised students in certain high schools enough funding to cover tuition and fees at their local two-year college — essentially a form of free college. Thanks to rigorous testing, we know that the program did not produce the hoped-for gains in college attendance, and the testing itself yielded insights on how the program might be improved.

Far too often, governments over-invest in programs that, while well-intentioned, fail to accomplish their desired goals because they’ve never been tested in the real world. Here in Maryland, we can do better.

I’ve spent my whole career pioneering a new form of government — a government that isn’t focused on spending big or small, but on spending smart, on finding and expanding programs that have been proven to work, and bringing them to scale.

That’s why I helped write the evidence-based standards in the Build Back Better Act, and it’s why I’m running for governor. It’s time to do what works in Maryland. And do it now.

Editor’s note: This story has been updated to reflect updated calculations in the Franchot campaign’s take since mid-January. Two Democrats running for governor reported…