Paylor, a Silver Spring native, touted his prosecutorial resume in a statement and pledged to “decriminalize mental health” if elected. He charged that Montgomery County is not doing enough to reform its criminal justice system. 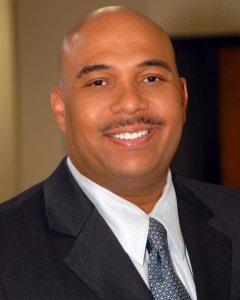 Paylor said he wants to implement more behavioral health programs in the Montgomery County State’s Attorney’s Office to “support residents who would be better served through mental health services than in the criminal justice system,” according to the release. Paylor pledged to focus on prosecuting violent crimes and elder abuse if elected.

“Our senior population is one of the fastest growing populations in the county,” he said. “We will send a strong message to predators that crimes against our elders will not be tolerated.”

Paylor said he also hopes to implement a diversity, equity and inclusion strategy to “ensure the office is representative of the county’s varied identities and differences,” according to the release.

Mireku-North, DeGonia and Paylor have all listed criminal justice reform as a priority for their campaigns. McCarthy also seems to be embracing reforms in his campaign, and touted his “record of reform and innovation” in a June statement after Mireku-North launched her bid. McCarthy highlighted his office’s reform efforts in that statement, including his commissioning an external review of his own department.

“While I may face a challenge in my re-election bid, I believe the voters of Montgomery County will choose my record over my opponent’s rhetoric, my performance over their promises and my forward-thinking vision from my years of service will prevail,” McCarthy said at the time.

McCarthy ran unopposed in the 2018, and has been the Montgomery County State’s Attorney since 2007.

As falling political dominoes go, the announcement Thursday by Attorney General Brian E. Frosh (D) that he won’t seek a third term in 2022…