Gov. Lawrence J. Hogan Jr. (R) is bringing an old government hand back to his administration and is promoting someone who has worked for him since the day he took office.

Hogan announced Thursday that he has named Christopher B. Shank as director of external affairs and interagency initiatives, and that his press secretary, Shareese Churchill, would become deputy director of interagency communications. 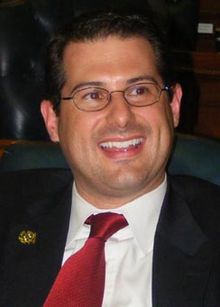 Shank, who represented Washington County in the state House and state Senate from 1999-2015, joined the Hogan administration at its outset as the executive director of the Governor’s Office of Crime Control and Prevention. In 2016, he became a deputy chief of staff overseeing the Health, Human Services, and Education portfolio and chaired the Justice Reinvestment Coordinating Council. In 2016, Governor Hogan appointed Shank as his chief legislative officer, a position he held before leaving the administration to do lobbying and business development in Maryland for SAS, a data analytics and software company, a few months after the 2019 legislative session.

Hogan said that in his new capacity, Shank will manage relationships with external stakeholders to promote engagement with administration initiatives and identify strategic partnerships, and oversee a portfolio of multi-agency efforts.

“His expertise in solving problems and advancing innovative policy initiatives will be vital in our efforts to address the challenges we face and keep changing Maryland for the better,” the governor said in a statement.

Shank said he was “honored to again serve the Hogan administration.”

Churchill will retain her duties as press secretary while expanding her portfolio to include managing and coordinating internal and external communications for the agencies that make up state government.

“Shareese has been a valued and trusted member of our team since the first day I took office,” said Governor Hogan. “She is highly regarded by both her colleagues and members of the media, and we are excited to have her working closely with our agencies in their efforts to keep Marylanders informed,” Hogan said.