There’s an old joke about Montgomery County voters: that they care more about who is deputy secretary at the U.S. Department of Commerce than they do about who represents them in the Maryland House of Delegates — in part because they are all angling for the job.

If that’s the case, then not only will this White House election decide who the next president is, but it will also determine whether President Trump or former vice president Joe Biden controls the federal bureaucracy and is in charge of all the hiring.

Because the federal government is of such great import to Maryland and its economy, the question of who becomes president matters far more than just who is driving policy and political decisions. Marylanders always play prominent roles in presidential administrations and there is no reason to believe that wouldn’t continue to be the case.

But who from Maryland could wind up with prominent roles in the Biden administration if there is one? That’s a matter of pure conjecture, of course. Maryland Matters has posed the question to a variety of Democratic insiders around the state and in Washington, D.C. Here are some educated guesses: 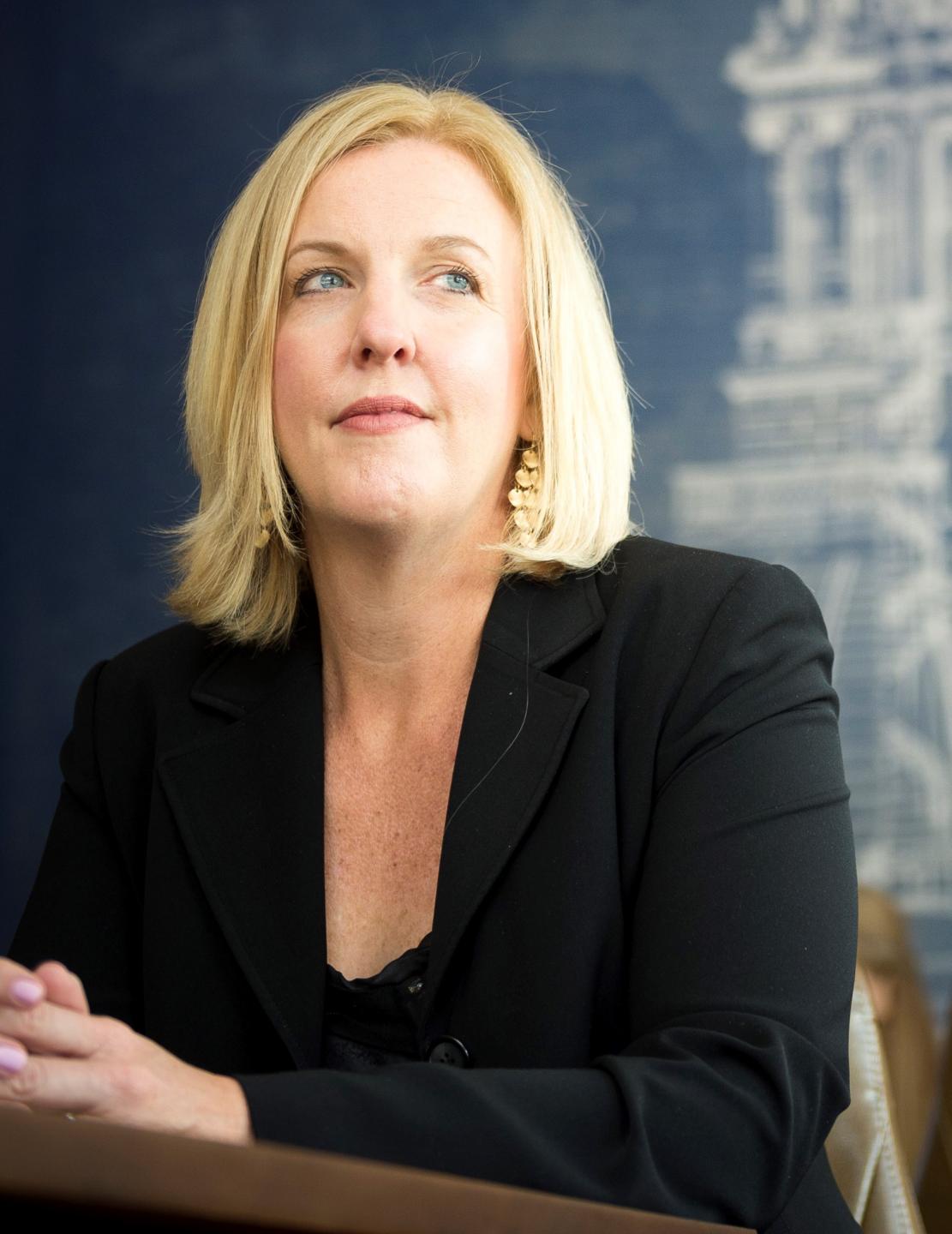 Abigail Ross Hopper. One of the frontrunners to become Biden’s Interior secretary is retiring U.S. Sen. Tom Udall (D-N.M). There’s a lot of symmetry there: Udall’s dad, Stewart Udall, was Interior secretary under JFK and LBJ, and the agency’s headquarters in D.C. is named for him. If Udall is selected, he’ll need a deputy secretary who is familiar with the agency and who is knowledgeable about coastal issues, like offshore energy, to offset Udall’s Mountain West perspective.

Hopper, who served as head of the Bureau of Ocean Energy Management during the second term of the Obama administration, could be perfect for the role. She’s currently the head of the Solar Energy Industries Association, and led the Maryland Energy Administration under former Gov. Martin J. O’Malley (D). She could also be in line for a high-ranking job at the Department of Energy as well. 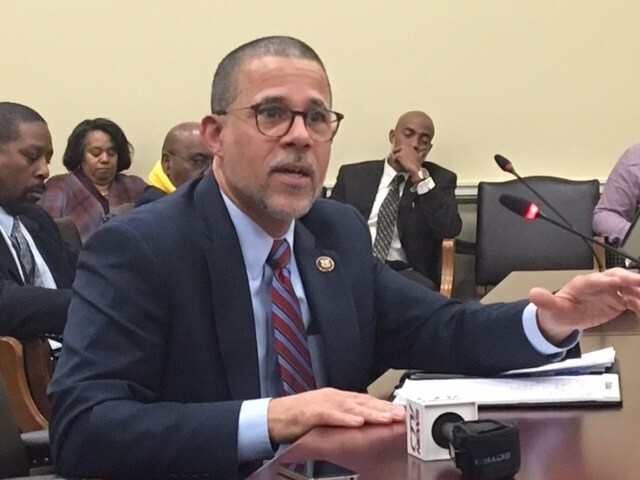 U.S. Rep. Anthony G. Brown (D). Brown, Maryland’s former lieutenant governor and a military veteran, is being touted in some corners as a possible secretary of Veterans Affairs or as a possible secretary of the Army. Brown seems to have options, as he is also pondering a second run for governor in 2022 or could stay and accumulate seniority in the House, where he’s already vice chair of the Armed Services Committee. 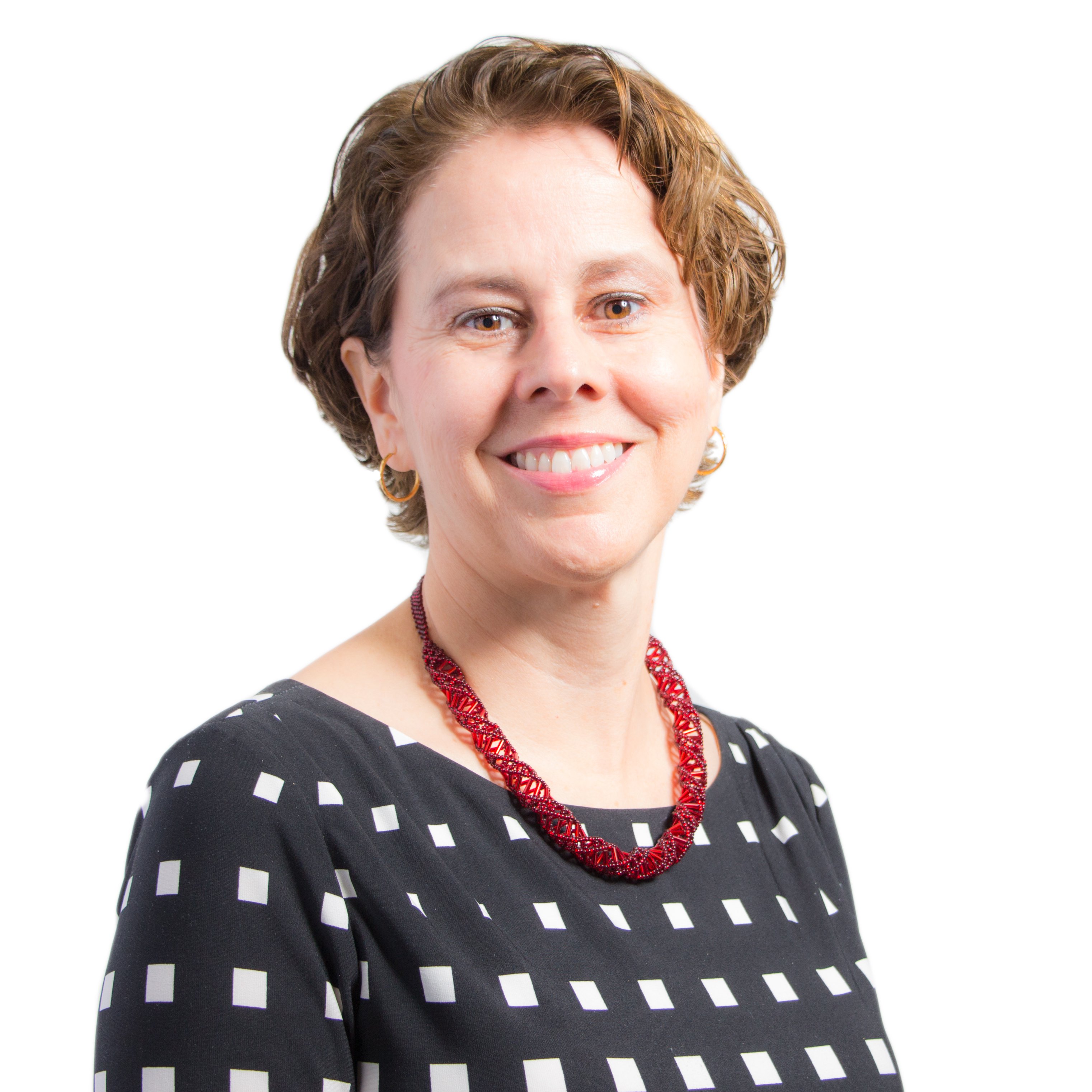 Cecilia Muñoz. The Silver Spring resident, who already ran the Domestic Policy Council in the Obama administration, is on leave from her job at the think tank New America to play a prominent role on Biden’s transition team. Could she parlay that into a more prominent role in the Biden administration? 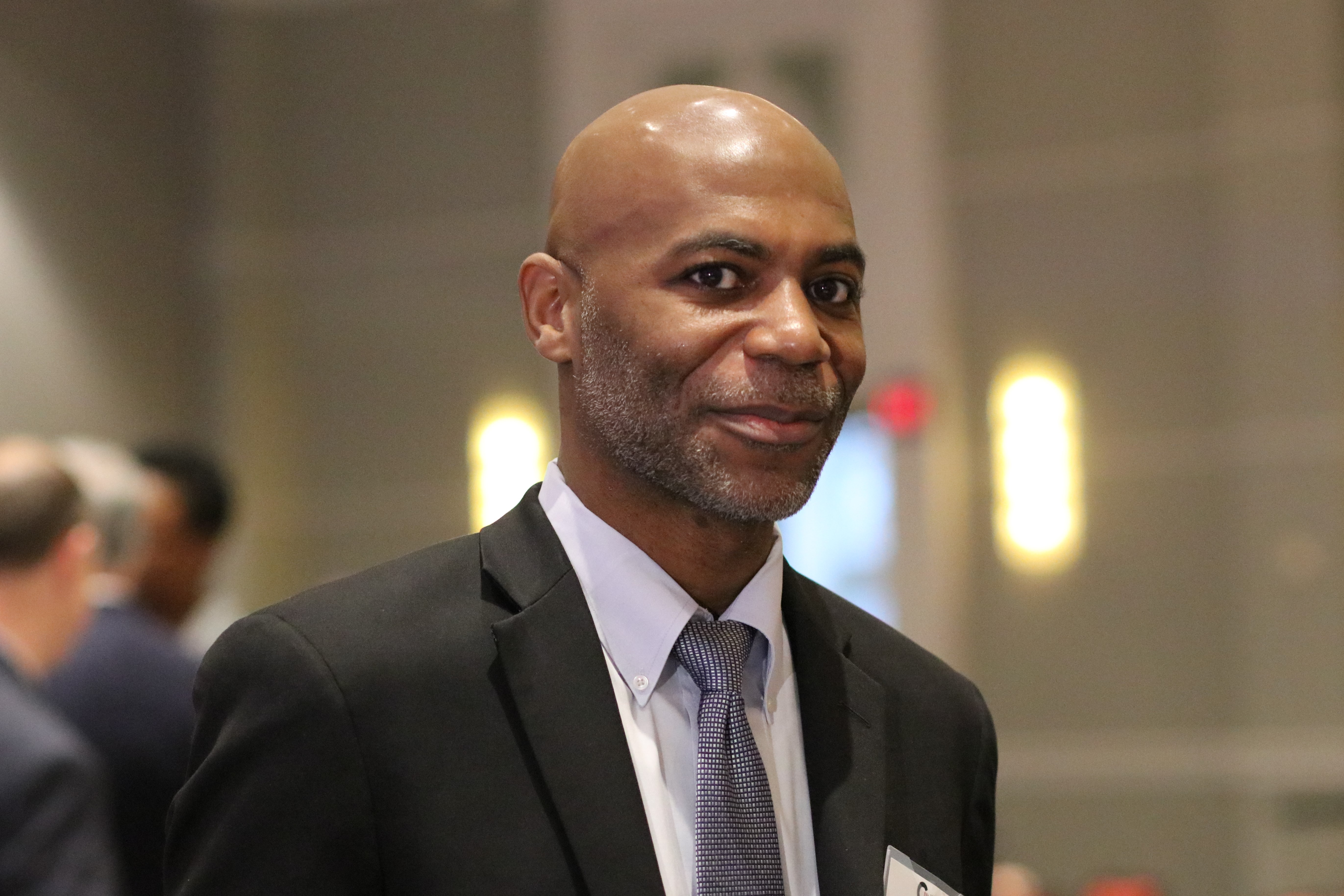 Del. Erek L. Barron (D-Prince George’s). Like Brown, Barron also has options in the not-too-distant future: state Senate, state’s attorney, state attorney general and Congress all seem like realistic goals. But Barron is a policy guy at heart, who served on Biden’s Senate staff years ago and was co-founder and co-chair of Marylanders for Biden. Could he be lured back to federal service with a big enough portfolio? 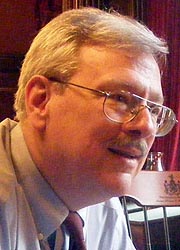 Sen. James C. Rosapepe (D-Prince George’s). Rosapepe, who along with Barron is co-founder and co-chair of Marylanders for Biden, is contemplating a run for state comptroller in 2022, a job he has long coveted. But Rosapepe already has had a career in foreign service, as U.S. ambassador to Romania under President Clinton. He recently organized a group of ethnic leaders from Central and Eastern Europe, as well as foreign service professionals and military leaders, including retired Gen. Wesley Clark, the former NATO Supreme Allied Commander, to warn swing state voters about the national security threats a second Trump term would pose. So it would appear that Rosapepe is keeping his options open. 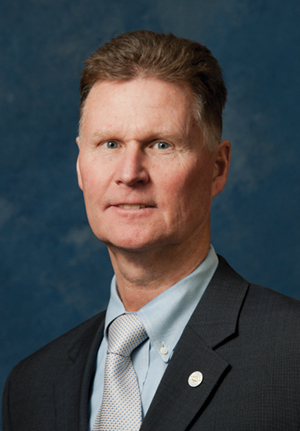 James J. White. The recently retired head of the Maryland Port Administration, who spent 18 years on the job and more than a quarter century at the agency, could be a valuable player in the administration, particularly if Biden follows through on his plans to make infrastructure a major priority. During his tenure at the port, he got along equally well with business and labor. 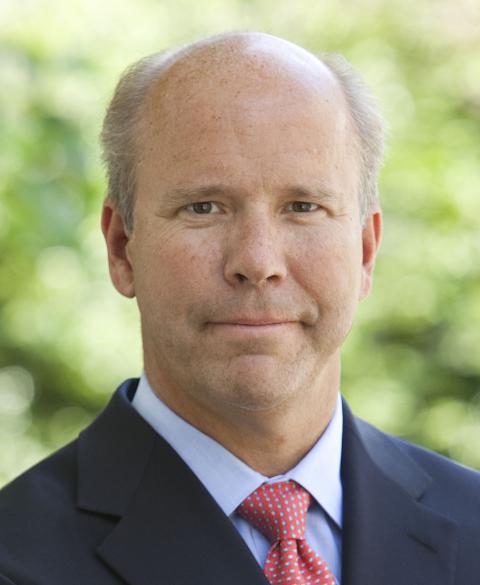 John K. Delaney. The former three-term congressman and erstwhile presidential contender was far closer to Biden philosophically than many of their more high-profile Democratic opponents. He’s a self-made multimillionaire with an appealing rags-to-riches story and policy chops, who has also been a generous donor to Democrats through the years. It seems unlikely that, at age 57, his public service career is over. 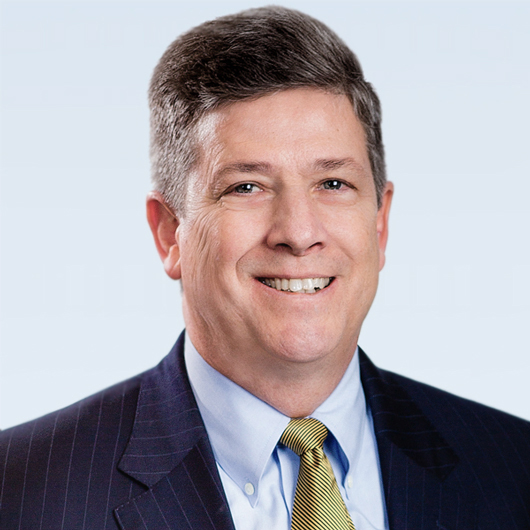 John D. Porcari. When Porcari was Maryland Transportation secretary, he liked to stockpile smart people in his agency, regardless of their roles. And Porcari, who served as deputy U.S. Transportation secretary during the first term of the Obama administration, could be that same type of valuable utility player that he sought to bring on at MDOT. The Transportation secretary job often goes to a fairly high-profile politician — and in the Obama and George W. Bush administrations the job went to someone of the opposing political party. So even if becoming U.S. DOT secretary isn’t necessarily in the cards for Porcari, he too could prove useful in a variety of roles, especially if there is a big push on infrastructure. 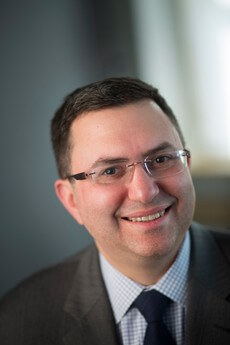 Joshua M. Sharfstein. Now vice dean for Public Health Practice and Community Engagement at the Johns Hopkins Bloomberg School of Public Health, Sharfstein, who served as O’Malley’s Health secretary and as Health commissioner for Baltimore City, has also worked for the federal government as principal deputy commissioner of the Food and Drug Administration and has been a leading voice on the government’s response to the pandemic. He could fit nicely in top roles at the FDA, the Center for Medicare and Medicaid Services, or the Department of Health and Human Services. 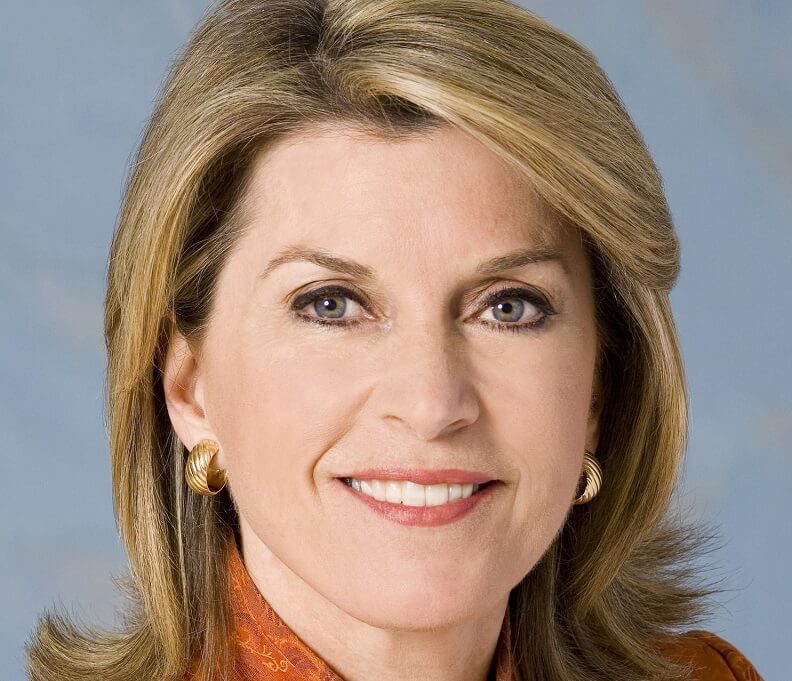 Kathleen Matthews. The former Maryland Democratic chair, TV journalist and one-time Marriott International executive is a great communicator with political and economic development policy chops and could be useful to the administration in a variety of ways. 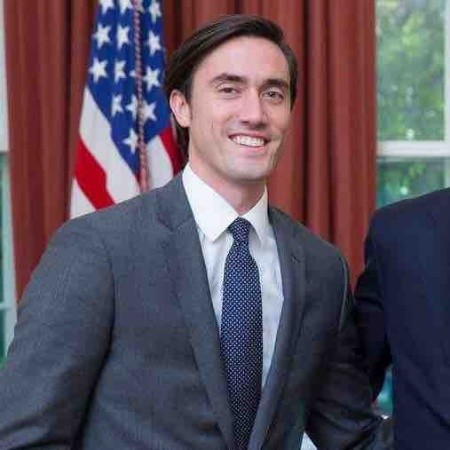 Kyle Lierman. Lierman held multiple roles in the Obama White House and worked on the former president’s first campaign. With his political skills and contacts, he could be a good choice to head the White House Office of Public Engagement, where he used to work. 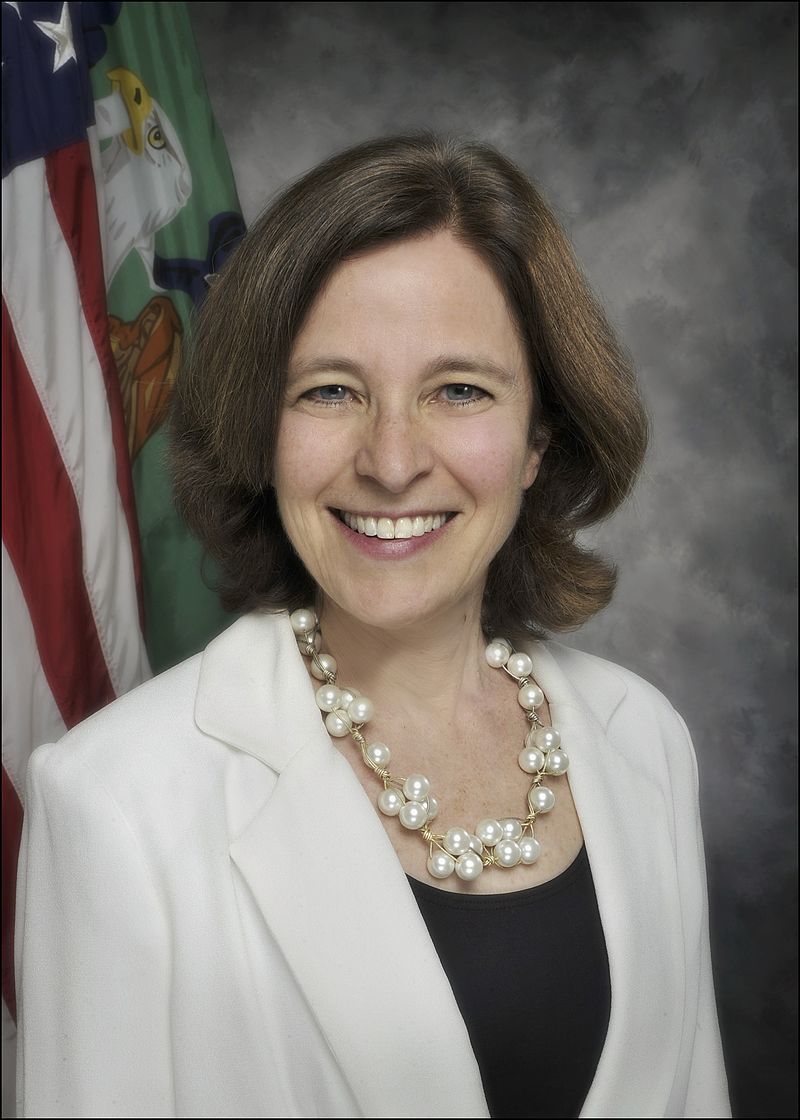 Sarah Bloom Raskin. A well-regarded attorney and financial regulator, who served on the Federal Reserve Board and as deputy Treasury secretary during the Obama administration, was among the frontrunners to become Treasury secretary had Hillary Clinton defeated Trump in 2016. Could there be another important economic role for her in the Biden administration? 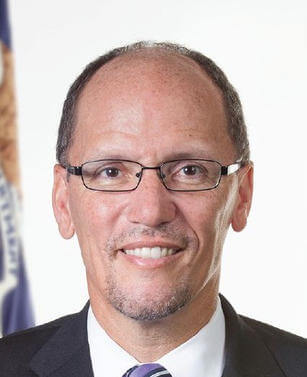 Tom Perez. The chairman of the Democratic National Committee, he should be in line for some reward if Biden wins. He would have been in the discussion for attorney general in a Hillary Clinton administration and may be again. He has a long history at the Justice Department under several administrations, and also served as Labor secretary under Obama and O’Malley. Will he seek to resume his federal service, will he eye political opportunities at home, or will he be tempted by whatever is behind Door Number 3? Or will he just need a rest after four years at the DNC? 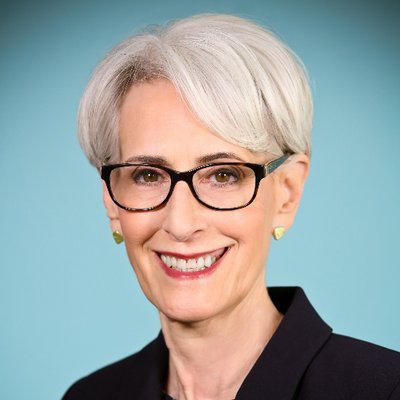 Wendy R. Sherman. There are more prominent names being mentioned as possible secretaries of State under Biden, but Sherman cannot be counted out. Born and reared in Baltimore, she has held a variety of powerful diplomatic roles during the Obama and Clinton administrations, and has multiple areas of expertise. She helped broker the Iran nuclear deal that the Trump administration has worked to dismantle.