More than a year after a conflict of interest scandal led to the resignation of top officials — and the mayor of Baltimore — the University of Maryland Medical System is “a new organization in a new place,” agency leaders told state lawmakers on Wednesday.

During a briefing for a House panel, a trio of officials laid out the steps the system has taken to bring in new leadership, prevent board member conflicts of interest, and empower lower-level staff to serve as potential whistleblowers. 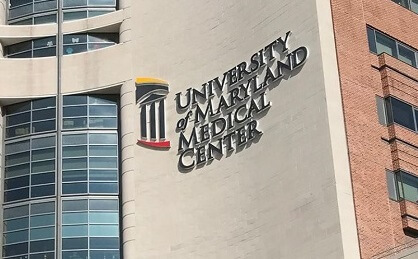 The reforms the 13-hospital system has adopted follow the 2019 scandal that resulted in the resignation of UMMS’ president and CEO and several board members, including Mayor Catherine E. Pugh (D). She stepped down from the board and her municipal post — and is now serving a prison sentence — after being convicted of fraud regarding sales of a self-published children’s book.

“We have evolved quite a lot,” said Donna Jacobs, UMMS’ head of government affairs. “We certainly have now a very engaged and committed board, responsible and responsive to conflict of interest issues and considerations.”

Jacobs said the system has adopted all 24 recommendations for structural and internal reform crafted by the General Assembly’s Office of Legislative Audits. In addition, the system has a new conflict of interest policy and training requirement for board members.

Gov. Lawrence J. Hogan Jr. (R) and legislative leaders slammed UMMS leaders last year following media reports that board members, including some who had served for many years, had lucrative contracts with the system.

Chief Compliance Officer Lisa Adkins, a new hire, told lawmakers the system is committed to a “culture of compliance” throughout the 28,000-employee organization. A whistleblower hotline has been established for workers who want to raise a concern anonymously.

“Part of building that culture of compliance is also making sure that our employees feel comfortable in raising their hand and letting us know if they have a concern or they see something amiss or a concern that they would like to have addressed,” she said.

UMMS’ new general counsel, Aaron Rabinowitz, noted that the president of Brigham and Women’s Hospital just resigned from the board of pharmaceutical giant Moderna, a company working on a potential COVID-19 vaccine, to avoid even the appearance of a conflict.

When those things happen, he said, UMMS reviews its policies. “Just because it didn’t happen here doesn’t mean it couldn’t,” Rabinowitz said. “So we’re constantly learning and trying to make sure we’re doing whatever would be considered best in class.”