Companies that stand to benefit from the legalization of sports gambling in Maryland are continuing to make sizable contributions to the push to build support for the state’s gaming referendum. 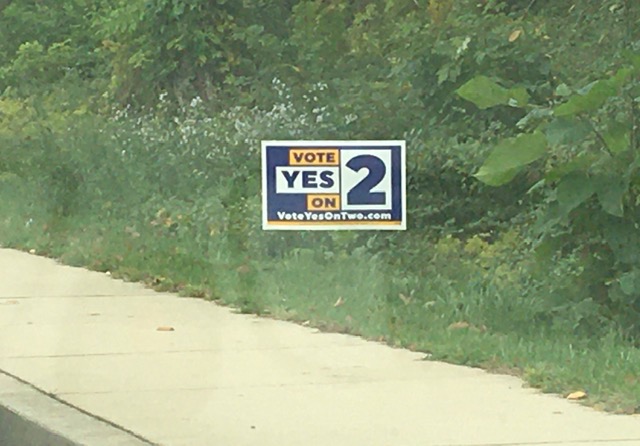 Sports betting app giants FanDuel and Draft Kings contributed an additional $1.25 million to the “Vote Yes on Question 2” committee, according to the latest campaign finance reports.

Question 2, if approved, would legalize sports and event wagering in Maryland.

The late contributions by the two firms bring their combined donations to $4 million.

Two new big-name companies that have not previously donated also made large contributions in the reporting period that just closed last week.

The football team’s donations came in the form of in-kind contributions for TV and radio advertising, online promotion and direct mail.

There appears to be no organized opposition to Question 2 and polls suggest the issue enjoys strong, if not overwhelming, support.

The Vote Yes on Question 2 committee has used its resources on broadcast ads, digital, mail and robocalls.

If the measure passes, the General Assembly will get to decide where — and to what extent — sports and event wagering will be allowed in Maryland. It’s expected that the state’s casinos, horse tracks, pro sports teams and others will be lobbying for a license to have on-site wagering and/or a gambling app.

Maryland voters approved a slot machines referendum in 2008 and table games in 2012. Because casino gambling is much more lucrative than sports wagering, this year’s campaign has attracted only a fraction of the contributions that the “For Maryland Jobs & Schools” committee had at its disposal eight years ago.

MGM’s late-October contribution in 2012 was $40.9 million, bringing its total donation for the cycle to $45 million, according to State Board of Elections records.

To truly evaluate concerns of election procedures, Montgomery’s GOP should want input from all members of the county’s election board, not just the Republicans.

For the second day in a row, high-ranking members of the Biden administration came to Maryland on Tuesday to promote the administration’s “Build Back…

Advocates on Wednesday made another push to bring a bill that would decriminalize drug paraphernalia to the Senate floor for an override vote, but…