Jarrell was affirmed by the board during a teleconference just before 10 a.m.

Jarrell has been at UMB since 1997 and has held a series of leadership positions. 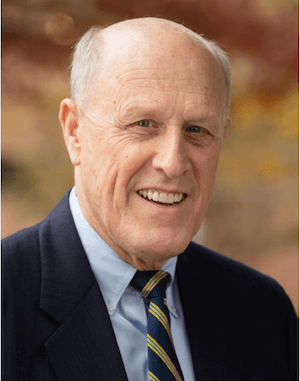 The Board of Regents interviewed three finalists for the president position, before settling on Jarrell, Board Chair Linda Gooden said.

“One candidate, by far, registered a deep and impassioned understanding of UMB, its mission, its values and its aspirations. And that proven respect of the campus community,” she said.

University System of Maryland Chancellor Jay A. Perman said Jarrell would continue in the role at an “important moment in time.”

“It’s crucial at this time when we’re so challenged by the external world,” Perman said. “And It makes a difference to people who work at UMB … to know where they stand, to know who their leader is going to be for the foreseeable future.”

He lauded the Regents’ search committee for conducting a nationwide search to fill the position in just 90 days.

Jarrell came to UMB in 1997 when he was recruited to chair the Department of Surgery. In 2003, he moved to the Dean’s Office of the School of Medicine in 2003, where he served as the executive vice dean, directing the school’s education and research enterprises.

In 2012, he became the university’s senior vice president and chief academic and research officer.

Before coming to Baltimore, Jarrell performed kidney and liver transplantation and hepatobiliary surgery for 10 years in Philadelphia.

Jarrell is also a metalsmith and has created multiple ceremonial pieces for the university, including a mace holder for Perman, when he was inaugurated as the University of Maryland Baltimore president in 2010.

State, local and university officials gathered on the University of Maryland, Baltimore County campus to celebrate the recent transfer a state-run hospital to the college.

Freeman A. Hrabowski III, the charismatic educator whose transformational leadership dramatically boosted Black achievement in science and engineering, announced on Wednesday that he will…