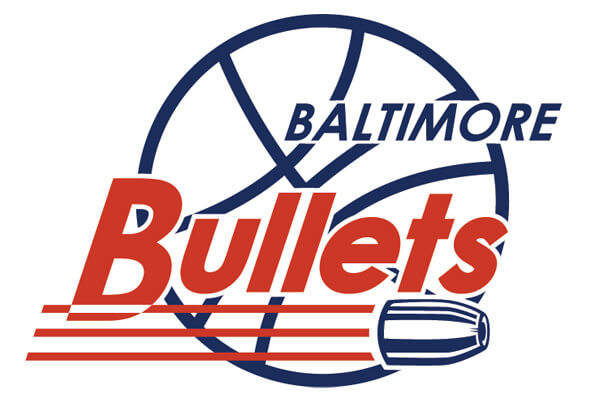 The traditional relationship between major sports franchises and city governments is deeply parasitic, with billionaire owners eating up taxpayer funds to build their stadiums and pay for costly upgrades and tailored infrastructure projects.

Since 1997, NFL teams have constructed 20 new stadiums, receiving an average of $238 million per stadium in public funding and costing $4.76 billion in total. A survey conducted in 2017 found that “83% of economists polled believed that a stadium subsidy’s cost to the public outweighed the economic benefits” and in recent years, cities such as Oakland and Detroit have cut public services because of the massive costs of subsidizing sports teams.

This has not stopped politicians in Maryland and elsewhere from throwing hundreds of millions of taxpayer dollars in subsidies and bonds at sports franchises, decade after decade.

Oriole Park at Camden Yards, home of the Orioles, and M&T Bank Stadium, home of the Ravens, were added to the budget by Gov. William Donald Schaefer in 1987 and approved by state lawmakers after the Colts organization snuck to Indianapolis.

The state completed Camden Yards in 1992 at a cost of $106.5 million, plus $99.9 million for site acquisition, with another $18.6 million being spent on related costs, including restoration of the warehouse and Camden Station: a total public cost of $225 million ($411,464,540.27 in 2019 dollars). The Orioles pay their state landlord, the Maryland Stadium Authority, 7 percent of ticket sales, 25 percent of net stadium advertising revenues, 50 percent of net parking revenues, 9 percent of concessions sales, and 10 percent of suite and club-level revenues.

Operating and upkeep of the stadium cost Marylanders $14 million a year in 1997 and $24 million by 2014, and taxpayers were also on the hook for $15 million a year in bond interest. Camden Yards is set to be paid off this December – over 27 years since breaking ground.

M&T Bank Stadium was completed in 1998 at a cost of $220 million ($359,755,385.60 in 2019 dollars). $203 million, 92.3% of the cost, was publicly funded. Cleveland Browns owner Art Modell was rumored to be making $30 million a year in profit after relocating the team to Baltimore while Cleveland Mayor Michael White supported a tax extension referendum on cigarettes and alcohol to pay for stadium renovations there.

The contract allows the Ravens to play rent-free and reap full profits for parking, signage, and concessions, but the Ravens reimburse the state for the cost of operations and maintenance. In 2017, the Ravens secured $24 million in taxpayer dollars to fund stadium improvements, including elevators and escalators for season ticket holders, through the Board of Public Works. M&T is set to be paid off in March 2026 – almost 20 years since breaking ground.

State Del. David Moon (D-Montgomery) has been pushing for a compact between Maryland, Washington, D.C., and Virginia to ban subsidies for stadium construction or infrastructure projects tailored for stadiums in response to Dan Snyder’s search for a new stadium for the D.C. football team. How is this money provided to the franchises? Through the Maryland Stadium Authority.

The Stadium Authority, formed in 1986, was created with the mission of returning the NFL to Baltimore. It has six members who serve four-year terms and are appointed by the governor and one appointed by the mayor of Baltimore, with the authority to issue tax-exempt bonds to finance operations. For 2019, the operating allowance for MDSA is $390,000,848. The Stadium Authority also receives funding through lottery revenue: $20 million worth in 2014.

This is the most regressive, backward tax you can imagine: lottery ticket sales targeted at black and brown people and the poor, used to fund the construction, upkeep, and operation of arenas that house billion-dollar franchises with billionaire owners. The 2008 referendum for slot machines, supported by then-Gov. Martin O’Malley and business interests while opposed by Comptroller Peter Franchot & then-Prince George’s State’s Attorney Glenn Ivey, only increased this regressive tax. Question 1, which passed last year, has put the casino money into a “lockbox”, where gambling revenues are dedicated solely to education.

All of the taxpayer money spent on sports hasn’t improved attendance or team performance much. Orioles game attendance hit its high in 1997 at 45,816 attendees per game. It’s been below 35,000 for 15 years straight and last year was the worst attended season in 30 years. They were the worst team in professional North American sports last season and aren’t doing any better this year.

The Colts fled the city overnight nearly 40 years ago and the Ravens haven’t made big strides since winning the Super Bowl in 2012. There’s no sports figure in the NFL, NBA, or MLB that the city identifies with like a Wes Unseld or Cal Ripken Jr., Ray Lewis or Brooks Robinson.

The “local” NBA team, the Washington Wizards, has floundered for years despite the immense talent of stars such as Gilbert Arenas, John Wall, and Michael Jordan on his last legs. None of the colleges and universities within the Baltimore metropolitan area have strong sports programs.

Maryland’s biggest city deserves sports excellence and one way that could be achieved is a community-owned NBA franchise.

As partial owners, they receive a souvenir certificate, the option to purchase shareholders-only merchandise, and an invitation to the annual shareholders meeting at Lambeau Field during training camp. As Sports Illustrated notes, Packers shareholders can also “vote to elect Green Bay’s board of directors and a seven-member executive committee that represents the team at league meetings.”

The NFL has banned the creation of any new community-owned teams and there are none in other major American sports leagues, while there are only three publicly-traded American teams: the NBA Boston Celtics, MLB Cleveland Indians, and NHL Florida Panthers. Another example of a fan-owned team is Spain’s FC Barcelona, the third most valuable sports franchise in the world, which has over 170,000 partial owners.

Baltimore could take a truly democratic approach, beyond the Packers model, to running an NBA team following a hypothetical NBA expansion. The city could offer $25 “game pass” bonds at no interest, which would buy a share of the team.

Each share would give someone a game pass at Royal Farms Arena/the Convention Center and the right to vote by mail or smartphone app on the team’s staffing, free agency decisions, and drafting decisions, or $875 season ticket passes with the same voting privileges. Alternatively, for those who wish to be shareholders but not attend games, team bonds can be sold as stickers, apparel, and team merchandise.

An example of a “good deal” between sports franchises and local governments was “a large chunk of concessions revenues, a quarter of stadium ad revenue and 100 percent of parking fees” after the Metrodome was built in Minneapolis in 1982 with $68 million in public money; this model could be a publicly owned and publicly run team that operates for the total benefit of the fans and without profit motive or the ability to relocate. There would be no owner; just a board of directors run by the fans.

With community-based ownership, fans can be confident that the team can’t leave and won’t leave while the organization will run as a point of civic pride and community involvement, not as a profit-seeking endeavor for a billionaire or two. Think about how much local talent like Carmelo Anthony, Kevin Durant and Markelle Fultz would support the team, how it could unite Marylanders, how it would be a source of regional pride.

The Baltimore Colts’ sudden exodus to Indianapolis became the scare that has justified multimillion-dollar franchises to hold state and city governments hostage and forced to spend public dollars on arenas, upgrades, and direct investment. If our city and our state governments are already spending so much money on bond interest and construction costs, why don’t we make the team work for the city?

The writer is a political science Ph.D candidate at Johns Hopkins University, a public policy researcher with Del. Vaughn Stewart (D-Montgomery), and campaign strategist with Tim Adams for mayor of Bowie. You can find him on Twitter at @RichElliottMD and on Facebook. This article does not reflect the opinions of Del. Stewart or his office.