Ever had this nightmare? You’re in school when suddenly you remember you have a huge exam the next day. You haven’t been attending class, reading the books, or studying in any way. You start cramming like a fiend, begging friends for notes. You’re stunned at how cluelessly asleep you’ve been when the stakes are so huge. You feel terror.

Well, have a seat. That nightmare “exam” has just become reality — thanks to global warming. In October, the United Nations’ Intergovernmental Panel on Climate Change announced that there will be a massive test tomorrow for humanity. In the planetary sense, “tomorrow” is the year 2030. By that year, according to the climate scientists, the world must have cut its greenhouse gas emissions essentially in half.

And we…are…totally…unprepared as a nation. We’ve been attending frat parties and streaming Netflix and not doing our homework. Now the test is tomorrow. Equally alarming, according to another bombshell report from the U.S. government last Friday, the bigger storms and stifling heat waves and rising seas are already here – right now – inflicting harm on people and the economy of the United States.

Maryland, like most states in the era of Donald Trump, can only save itself with an “all-nighter” effort. In the next dozen years, we have to build vast offshore wind farms, put solar panels on rooftops everywhere, convert perhaps half our cars to electric vehicles, revolutionize battery storage technology, and much more. This is not rhetoric. This really has to happen. The test will not be rescheduled. 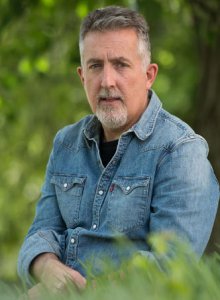 As a first step, in 2019, the Maryland General Assembly must finally pass the “Clean Energy Jobs Act.” This bill mandates that half our electricity come from renewable sources by 2030. It also forces legislators, by the year 2025, to come up with a plan to get to 100 percent clean electricity by 2040.

Of course, while we’ve been skipping class in recent years, the warning signs on global warming have been everywhere, from Arctic ice melt to the stunning “1,000 year floods” in Ellicott City. And obviously, a truly global problem requires a global response, with the U.S. in the lead. But the Trump administration has dropped out of school completely, as everyone knows, ignoring the scientists.

So that leaves Maryland and other U.S. states to take the lead until the federal government re-enrolls in the fight. So let’s consult the chalkboard and review the awesome steps ahead.

Step one: Stop, immediately, all new expansion of our state’s existing fossil-fuel system. Not only do we need to shut down every coal-fired power plant in Maryland by 2030 (there are, astonishingly, six plants roaring as we speak), but we have to stop and reverse the insane increase in fracked gas consumption. Gov. Larry Hogan has publicly declared that he wants to “kick start” and expand gas use in our state with construction of hundreds of miles of new pipelines from Pennsylvania into Maryland.

Luckily, leading environmental groups – and a growing list of elected officials – have already signed a “No New Fossil Fuels” pledge for Maryland. Signers promise they will oppose – from day one – any major expansion of pipelines, compressor stations, generation plants, or export facilities for oil, coal, or fracked gas. We’re not talking about maintenance and repair of current pipelines leading to your home or office. We’re talking about massive new trans-state pipelines and fracked-gas power plants and fracked-oil export facilities. We’re done with all that. No new fossil fuels. Period.

Step two: Switch to wind and solar power as fast as we can – and “electrify everything” in the process. We’re talking electric transportation, home heating, hot water, everything. Again, the Maryland Clean Energy Jobs Act is a good start, and MUST pass in 2019. Beyond that, we have to hit the books on transportation. One idea is to adopt a “carbon fee” on gasoline and use the proceeds to discount the purchase of electric vehicles while investing in charging stations across our state. We could join neighboring states in a regional version of this called the Transportation and Climate Initiative.

Meanwhile, we certainly don’t want to be spending billions widening highways and encouraging more driving, as Governor Hogan wants to do. Bottom line: Transportation is the subject we’ve neglected most in our coursework. Time to open every book, hire every tutor, and catch up.

And catch up we shall – on all fronts. The October UN report and last week’s U.S. report are alarm bells, ones that went off in the nick of time, according to scientists. The last time our country was caught napping before a really big test was World War II. And then, in fewer years, we made even bigger changes than this.

Now we have a dozen years. If we do it right, a high schooler who enters first grade in 2018 will graduate into a world in Maryland where people will need a phone app to find obscure gas stations, coal plants will seem like log cabins, and solar power will just be called power.

The writer is director of the Chesapeake Climate Action Network.