The chairman of the Senate Finance Committee has introduced emergency legislation pushing back the effective date of Maryland’s sick-leave legislation that was vetoed by the governor last year and then overridden by the General Assembly nearly two weeks ago.

Sen. Thomas M. “Mac” Middleton, a Charles County Democrat who as Finance chairman was instrumental in revising the sick-leave bill last year, put in legislation Monday night that would make the effective date for the measure 60 days after Feb. 11. Under the bill as overridden, the effective date for the state to begin enforcement is Feb. 11 — 30 days after the Jan. 12 override date. 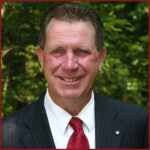 The bill, which requires employers to pay sick leave earned by nearly 700,000 workers in the state, has been painted by Republicans as flawed and, in some cases, damaging to small business.

At the time of the override vote, there was concern voiced that 30 days would not give businesses a sufficient amount of time to implement the plan, prompting talk of extending the effective date, including by Middleton.

But during debate prior to the override, supporters pointed out that had Gov. Lawrence J. Hogan (R) not vetoed the bill last spring, the legislation would have been effective Jan. 1, giving affected businesses and the state Department of Labor, Licensing and Regulation months to implement the law.

The administration Monday issued a statement urging lawmakers to endorse Hogan’s Paid Leave Compromise Act of 2018 and Small Business Relief Tax Credit, instead of voting for the Middleton bill, and “work with Governor Hogan to extend common-sense, balanced, paid sick leave to Marylanders.”

Middleton’s bill was introduced as an emergency measure, requiring approval of three-fifths of the members of each house — 29 of the 47 senators and 85 of the 141 delegates.

Former state Sen. Thomas M. “Mac” Middleton, the former chairman of the powerful Finance Committee, has signed on as a lobbyist with Cornerstone Government…

Perez on Maryland Chatters Podcast: ‘I’ve Got Georgia on My Mind’

Democrats lost ground in the U.S. House of Representatives and fell short in down-ballot races across the country during the 2020 election ― but…

Catching Up at Christmas With Former State Sen. ‘Mac’ Middleton

Thomas McLain “Mac” Middleton was the only full-time farmer left in the legislature when he was upset by now-Sen. Arthur Ellis (D-Charles) in the…