A couple of years ago, I was reading a review of a new book about The Beatles. The reviewer noted that while almost every book about The Beatles — and by now there have been hundreds, if not thousands — contains some valuable information about their backgrounds, musical influences, work habits, and personalities, none has been able to answer the essential question: How did The Beatles go, in a few short years, from being a pretty good regional Rhythm and Blues band from the north of England, to becoming, arguably, the greatest composers of the 20th century? In other words, what made them so great?

I was thinking about this observation as I read Mileah Kromer’s new book about Gov. Larry Hogan: “Blue-State Republican: How Larry Hogan Won Where Republicans Lose, and Lessons for a Future GOP” (Temple University Press). Kromer, a political science professor at Goucher College and director of the Sarah T. Hughes Center for Politics, probably knows more about public opinion in Maryland than any living human being, as she runs the very valuable Goucher Poll. And she tells us in the book about how popular Hogan is, how improbable his political rise was, how durable his job approval ratings have been, and why it might be a good idea for Republicans to emulate Hogan’s political strategy.

But the book doesn’t quite illuminate a few greater questions. These include: How did this longtime political wannabe and two-time electoral loser suddenly find his mojo and develop the most finely-tuned political radar in recent Maryland history? How was he able to project and sell an image of himself as a “common sense conservative” and inveterate compromiser that wasn’t altogether true? How, at least on the public relations front, was he able to regularly outfox such master political practitioners as the late Senate President Mike Miller (D) and the late House Speaker Mike Busch (D)? How was he able to drive the political narrative — and why did the public embrace him so consistently — when his legislative agenda was fairly skimpy?

These are the things that have confounded me the most about Hogan, and they weren’t really explained in Kromer’s book. 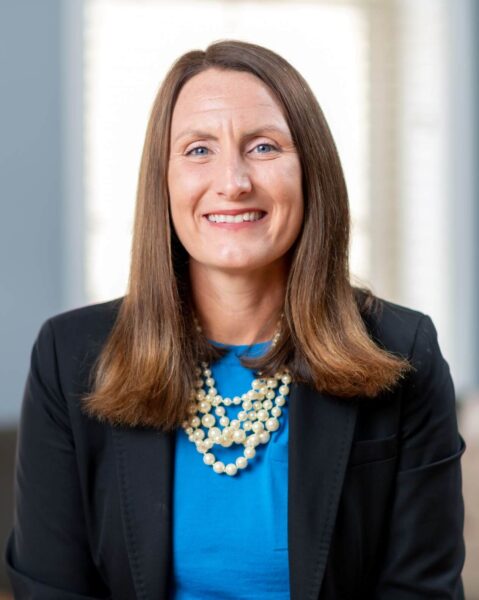 Which doesn’t mean that “Blue-State Republican” isn’t worth reading. Quite the contrary. It looks at Hogan through the lens of a political scientist, and mixes that with historical perspective, polling data, and good old-fashioned reportage.

Kromer leads us through the highlights and lowlights of the 2014 and 2018 campaigns, and Hogan’s first term, in a breezy, analytical yet accessible way. She does an excellent job of placing Hogan in the context of modern politics with a Republican Party dominated by Donald Trump and a Democratic Party straining to go farther to the left than most of the electorate would like.

For Democrats who read the book, there will be several cringeworthy, bad acid flashback moments, as Kromer catalogues the many flaws and missteps of Anthony Brown, their 2014 nominee, and Ben Jealous, their 2018 standard-bearer. There are reminders of past Annapolis political battles, both significant and symbolic. And there are stories about how much Hogan learned from the mistakes of his ex-boss, former Gov. Bob Ehrlich (R).

This is not strictly a biography, or even a political biography. Yes, it mentions the career of Lawrence J. Hogan Sr., Hogan’s father and political role model, but this is dispatched with quickly, as is Hogan’s own personal and professional trajectory. The political narrative essentially begins with Hogan’s launch of the group Change Maryland, and how its airing of grievances about Democratic Gov. Martin O’Malley’s tax priorities snowballed into a potent political movement that Hogan converted into his campaign apparatus.

The book proceeds from there, with quick looks back at Hogan’s many poll-tested slogans, like the “rain tax,” the unrest in Baltimore after Freddie Gray’s death in police custody, Hogan’s cancer diagnosis, and his handling of the COVID-19 public health emergency and accompanying financial crisis. While Kromer wrote the book with the cooperation of Hogan (a 2 1/2-hour interview) and his aides, it does not hesitate to expose his warts, including his rhetorical overreach and his rare political missteps. But make no mistake: Kromer is an admirer of Hogan’s and his mastery of public opinion strategies.

Where the book is strongest is in its discussion of Hogan’s well-oiled PR machine, his own ability to stay on message, and his relentless use of polling to ensure he is in sync with Maryland voters. Hogan and his lieutenants were nervous until the very end of the 2018 election that Trump’s toxic brand of politics would one day rub off on him, costing him reelection, and as late as the fight over Brett Kavanaugh’s nomination to the Supreme Court there were fears that Hogan’s numbers with moderate and liberal women voters would tank. But a regular focus group they held with Democratic and unaffiliated women helped settle their jitters.

And as it turned out, Hogan benefited greatly from Trump’s presence in the White House and as the titular head of the Republican Party, and was able to contrast himself every day with an unruly president who had no impulse control. An entire chapter in Kromer’s book is titled, “Moderating the Trump Effect,” and includes subsections with the headlines “Last Chance to Moderate,” “Assessing the Power of (Perceived) Moderation,” and “A Real Moderate, or a Conservative Who Strategically Moderates?” That about says it all.

Whether it’s cynical, whether it’s artifice, or whether it’s Hogan being Hogan, there is no arguing that the governor has found the secret sauce for winning over public opinion, and his high, high poll numbers, particularly among Democrats, is nothing short of astonishing and reveals a lot about the Maryland electorate, even as we’re still trying to sort out what the voters told us this year. For these reasons, Kromer suggests  Republicans may want to follow the Hogan model when looking for the next generation of political leaders. 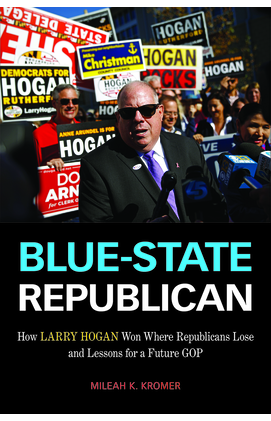 Reprinted with permission of the author.

That has actually happened to an extent, in states like Massachusetts, New Hampshire and Vermont, where center-right governors in the Hogan mold already exist, even as those states strongly favor Democrats in presidential contests. But is the Hogan model a winner elsewhere, or at the national level?

You could argue that a Hogan-type Republican candidate would be competitive in statewide elections in a handful of industrial or Midwestern states. But in the rest of the country, it’s problematic, and as long as Republicans nationally are in thrall to Trump or tout Trump-lite alternatives, it’s hard to see how Hogan advances in any kind of national GOP contest. Yet Kromer is to be commended for laying out the facts and history and posing thought-provoking questions.

Here in Maryland, it’s hard to imagine that another Republican in our lifetimes could have anywhere near the kind of success that Hogan has. Given the unanticipated domination of Democrats up and down the ballot in the state this Election Day, can anyone credibly suggest that Kelly Schulz would have come close to defeating Wes Moore in the general election?

Meanwhile, Hogan’s own political career is at something of an inflection point. He’s eyeing his national political prospects and spending the last few weeks of his administration working to burnish his reputation.

On Wednesday night he’s having a big party to celebrate his tenure and may make a few teases about his future plans. He’s also hosting a closed-to-the-media leadership summit on Wednesday morning, featuring remarks from or conversations with the likes of Condoleezza Rice, Arnold Schwarzenegger, Steve Case, the co-founder of AOL, and Arthur Brooks, the former president of the conservative-leaning American Enterprise Institute. It feels a little like the Ghosts of Republicans Past.

On Hogan’s home turf, Marylanders are starting to assess the governor’s legacy. Considering that Democrats drove the policy agenda for the past eight years while Hogan tried to play defense, and that Republicans are worse off electorally than they were eight years ago, it’s fair to argue that Hogan’s lasting impact on the body politic doesn’t amount to much.

But Kromer’s book serves as a reminder that Hogan has been a very significant chief executive in his way — even if, as with The Beatles, no one can quite explain how he became the political leader he is today.

Gov. Larry Hogan will join Mileah Kromer in conversation at Goucher College on Dec. 7 at an event celebrating the 10th anniversary of the Goucher Poll. Proceeds will be used to fund a scholarship to help a student work on the poll.