Less than 12 hours before polls open on Tuesday, President Joe Biden traveled to Maryland to make one final pitch to encourage voters to choose Wes Moore for governor.

“This guy’s the real,” Biden said Monday amongst a boisterous crowd of about 1,700 at Bowie State University, the state’s oldest HBCU in Prince George’s County. “Wes is a leader who will build Maryland and leave no one behind and I believe that.”

Biden criticized Moore’s Republican opponent, Del. Dan Cox, and other supporters of former President Donald Trump as unpatriotic for not speaking out against the Jan. 6 insurrection on the U.S. Capitol.

“You can’t only love your country when you win,” Biden said. “Even the Republican governor [Larry Hogan] agrees with Wes.”

First Lady Jill Biden, who works as a college professor at Northern Virginia Community College, joined Monday’s get-out-the-vote rally and introduced Moore. “I always feel most at home on a college campus,” she said. 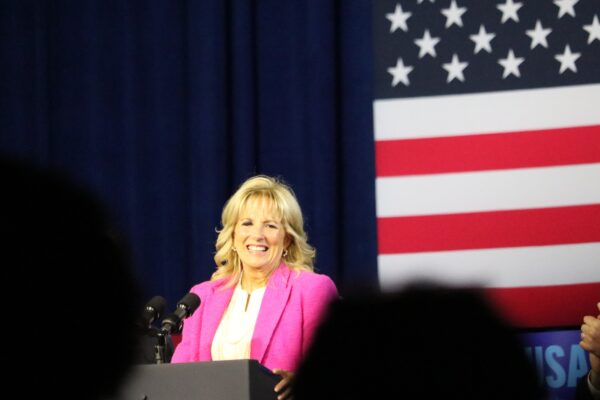 First lady Jill Biden addresses the crowd at a rally in Bowie on Monday night. Photo by Danielle E. Gaines.

But she implored those who still haven’t cast a ballot to vote Tuesday, especially working mothers, who would benefit from Democratic policies.

“This election is too important to sit out,” she said. “I am asking you to put voting on your top of the to do list.”

Monday marked the president’s second appearance in Maryland in less than three months. He stumped for Moore on Aug. 25 at Richard Montgomery High School in Montgomery County.

Biden has been on the campaign trail the past several days including Saturday in the neighboring battleground state of Pennsylvania. The president joined his former boss, President Barack Obama, in Philadelphia in pushing for support for U.S. Senate Democratic candidate John Fetterman.

Back in Maryland, part of the rally’s theme: democracy is on the ballot.

“Some of you may say, ‘We said that in 2018. We said this again in 2020.’ But that’s because the threat still exists and there is still so much work for us to do,” said Prince George’s County Executive Angela Alsobrooks (D). “I want you to remember that freedom is not free.” 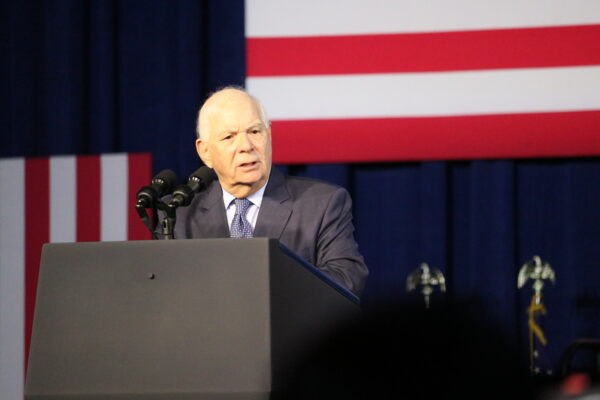 U.S. Sen. Ben Cardin (D) speaks at a get-out-the-vote rally in Bowie on the night before the 2022 general election. Photo by Danielle E. Gaines.

But for those who still haven’t voted, Moore said a few items serve as reminders of what his administration would preserve: a woman’s right to choose, implementation of free prekindergarten and honor election results.

Meanwhile, Cox posted pictures on social media to show rallies he participated in during the weekend and appeared on television interviews Monday in Baltimore.

Cox also posted a video message from Doug and Rebbie Mastriano. Doug Mastriano is the Republican candidate for governor in Pennsylvania and shares some of Cox’ views, including opposition to COVID-19 restrictions, support for school choice and strict rules against abortion. 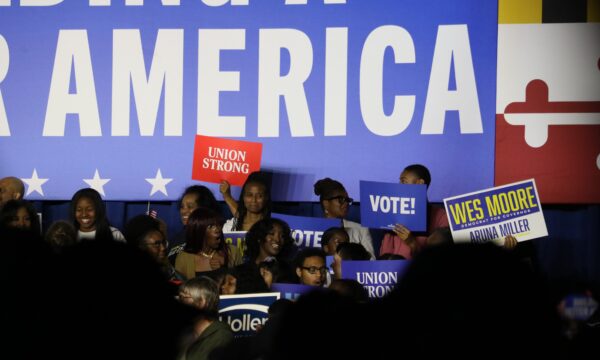 Supporters cheer at a get-out-the-vote rally in Bowie on the night before the 2022 general election. Photo by Danielle E. Gaines.

Instead, he told the crowd about the history that could be made on this year’s ballot with Moore and other fellow Democrats.

If elected, Moore would become the state’s first Black governor.

Former Del. Aruna Miller (D-Montgomery County), who is of Indian descent, would become the state’s first woman of color as lieutenant governor.

If Democrats win those four statewide positions, it would represent diversity Maryland has never seen amongst its top elected officials, with no white men. 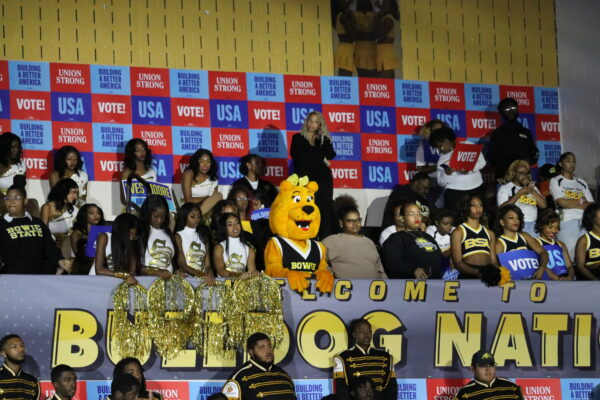 Davis encouraged those who voted early to bring “every damn body” to the polls Tuesday who haven’t cast their ballots.

Depending on the fate of races throughout the country on Tuesday, Hoyer could face a severely diminished role in the next Congress, as party power hangs in the balance. Polls are open in Maryland from 7 a.m. to 8 p.m.