Wes Moore is a very popular guy these days.

As the favorite to replace term-limited Gov. Larry Hogan (R), the Democratic nominee for governor is the object of fascination for an array of corporate, civic, philanthropic and political leaders – in Maryland, in the region, and across the country – and they are eager to get to know and curry favor with him. One way to accomplish this goal is to throw a fundraiser for Moore and his running mate, former state Del. Aruna Miller (D-Montgomery).

Moore already has been a prolific fundraiser. His campaign finance reports to date have totaled hundreds of pages each and his campaign has attracted thousands of donors, large and small, from Maryland and from out of state.

Now, as the heavy favorite over the GOP nominee, Del. Dan Cox (R-Frederick), Moore has a breakneck schedule of fundraising events planned. According to invitations viewed by Maryland Matters, Moore has no less than 28 fundraising events scheduled in Maryland or Washington, D.C., between Sept. 11 and Oct. 14, and he’s due to headline at least two fundraisers for other Maryland Democrats over the next five weeks as well.

The list of events reveals a lot about the circles Moore travels in and the powerbrokers who are trying to gain influence with his still-hypothetical administration. The event sponsors are an eyebrow-raising collection of corporate chieftains in critical Maryland industries, local and out-of-town “social entrepreneurs,” high-echelon philanthropists, government contractors, Maryland and D.C. lobbyists and political influencers, and powerful current and former elected officials.

Some event hosts may be looking for jobs – or looking to keep the ones they have now.

Here is the list – and remember, it may be incomplete and does not include any out-of-town events that may be taking place over the next month.

Reception at the Pikesville home of Guy Filippelli and Raina Dieterle. He is the managing partner of Squadra Ventures, a venture capital firm, and an ex-Army Intelligence officer who served in Iraq and Afghanistan. She’s a photographer and digital planner and both do charitable work.

The event appears to be geared toward gold-plated Baltimore-area business leaders, particularly in the tech and finance sectors. Listed co-sponsors include:

Reception in Northwest Washington, D.C., sponsored by J.R. Clark, an attorney with the public and infrastructure finance group of the law and lobbying firm Squire Patton Boggs, and Darryl Wiggins, president and CEO of Document Managers and other business ventures. Prior to this fundraiser, Moore is scheduled to speak to the District 18 Democratic Breakfast Club at the Tastee Diner in downtown Silver Spring.

Fundraiser in Baltimore hosted by Jon Laria, managing partner at Ballard Spahr, and Trudy Bartel, a retired attorney from the firm Kramon & Graham. The event seems geared to Baltimore-area powerbrokers, many with close connections to former Gov. Martin O’Malley (D). Co-hosts include:

Reception and rally at Merriweather Post Pavilion in Columbia hosted by Ken Ulman, the former Howard County executive who is president of Margrave Strategies, an economic development consulting firm, and Thomas Bundy, an Ellicott City lawyer. This event appears to be designed to attract Democrats from across the state.

Fundraiser at the home of Baltimore City Councilmember Issac “Yitzy” Schleifer (D) and Del. Dalya Attar (D-Baltimore City), who represent heavily Jewish areas in the northwest corner of the city. 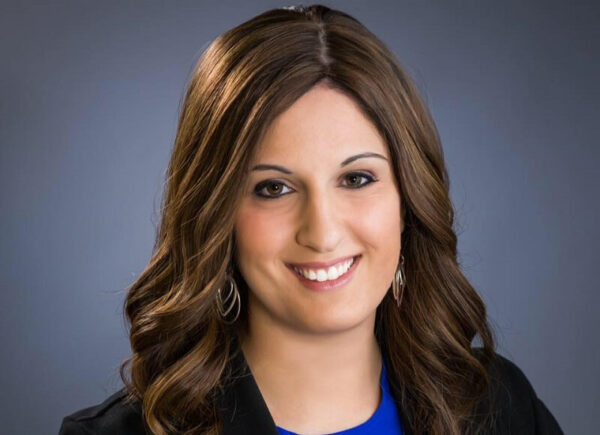 Also on the morning of Sept. 13, Moore is scheduled to headline a fundraiser for the District 21 legislative team, which represents portions of Prince George’s and Anne Arundel counties: Sen. Jim Rosapepe and Dels. Ben Barnes, Mary Lehman and Joseline Peña-Melnyk.

Rosapepe, vice chair of the Senate Budget & Taxation Committee, could also be a useful player for Moore, not just in Annapolis, but because he has national and international political ties.

This fundraiser is scheduled to take place at Harry Browne’s, the Annapolis watering hole. Officially, it’s being hosted by Julia Foxwell, an Eastern Shore civic and political activist. But Foxwell is married to Sushant Sidh, one of the principals of Capitol Strategies, a powerhouse Annapolis lobbying firm. The firm is not technically allowed to sponsor a political fundraiser, but this is apparently how it’s being put together.

Fundraiser at the Upper Marlboro home of Thomas Graham, the president of Pepco, co-hosted by Debra Carter, the executive director of the Supplier Development and Diversity Division of the Prince George’s County government, and Gary Michael, an executive at NAI Michael Global development firm in Prince George’s.

Fundraiser at the Annapolis home of Damean Freas, CEO of Clearway Pain Solutions LLC and chair of the Maryland State Board of Physicians. Co-sponsor is Avi Dorfman, a New York-based health tech entrepreneur and real estate executive. Also listed as co-hosts: Seth Ard, a New York lawyer, and Bill Carmody, an attorney and jury expert.

Fundraiser at the Gibson Island home of Christine and Greg Cross. He’s in the commercial mortgage and securities practice at Venable LLC.

Several co-hosts are listed, including: Sarah and Chris Brandt – she’s an attorney and he’s founder and CEO of Audacious Inquiry, a health care tech firm, and Pam Hoehn-Saric, a philanthropist and anti-gun violence activist.

Fundraiser at the Clarksville home of Anwer and Roomina Hasan. She’s a physician and he’s senior vice president of WSP USA Inc., a transportation planning and business consulting firm. He is a former chair of the Maryland Higher Education Commission, a former board member of the Maryland Aviation Administration, and currently serves on the Governor’s P-20 Council, which explores ways to train young Marylanders for the jobs of tomorrow.

The Maryland Hospital Association and the MHA PAC are hosting a fundraiser for Moore at the MHA office in Elkridge. Representatives of all member hospitals across the state are invited.

Fundraiser at the Potomac home of state Sen. Brian Feldman (D-Montgomery) and his wife, Janice Feldman. The senator represents the same district that Miller, the Democratic nominee for lieutenant governor, did when she was in the legislature. Feldman is the vice chair of the Senate Finance Committee and a leading authority on energy and utility policy.

Fundraiser at the Chevy Chase home of Julie Farkas and Seth Goldman, the founders of Honest Tea and PLNT Burger. He is also chair of the board of Beyond Meat. Co-hosts of the event include Lindsay Lassman, a funder and leader of women’s empowerment organizations, and Tim Shriver, the Kennedy family scion and disability rights activist who is chair of the Special Olympics.

Fundraiser at the Chevy Chase home of Wendy and Michael O’Neil Jr. He is co-chair and founder of Graybridge and a patient engagement and equity advocate. The co-hosts are Dresden Koons, head of the Lower School at St. Andrews Episcopal School in Potomac, and Alex Perdikis, an automotive executive who is president and CEO of Koons of Silver Spring Inc. and owner of Inride, a used-car sales and leasing company.

Reception at the Sebrof Forbes Cultural Arts Center in Kensington. The event appears to be geared to Black professionals, educators and artists, and is co-chaired by Melvin Forbes, a former telecommunications executive who runs Water Transit Solutions in Prince George’s County, and Dennis Forbes, a visual artist and journalist.

Fundraiser at the Pasadena home of Drew Hawkins, who spent 30 years as a Morgan Stanley executive and is now CEO of Edyoucore Sports and Entertainment, a company that teaches financial literacy skills to entertainers and athletes. The event, co-hosted by Ricky Smith, the executive director and CEO of the Maryland Aviation Administration, appears to be geared toward Black executives, philanthropists and entrepreneurs.

Several people are listed as co-hosts, including:

Fundraiser at the Washington, D.C., home of Darryl Wiggins, CEO of Document Managers, and co-sponsored by J.R. Clark, the attorney, and Tiffany Rose, vice president of marketing and development at RGS Consulting in D.C. Headlining the event: D.C. Mayor Muriel Bowser (D).

Fundraiser at a home in Baltimore with multiple co-hosts who are leaders in Maryland’s LGBTQ community. Several are also health care professionals.

Fundraiser at the home of Jan and Larry Rivitz in Baltimore. She’s the president and CEO of The Straus Foundation in Baltimore and he’s co-founder of Green Street Academy and leader of Bet on Baltimore Inc.

This event is co-sponsored by several Baltimore-area business leaders and entrepreneurs, including:

Fundraiser at the Potomac home of Devang Shah, an attorney, philanthropist and high-level Democratic donor, and a leader in Maryland’s Asian-American Pacific Islander community. The event is co-sponsored by other AAPI business and political leaders, including:

Fundraiser at Bar ONE in Baltimore’s Harbor East neighborhood, hosted by Peter Thomas, an Atlanta-based entrepreneur who owns the bar. The event appears to be geared toward Black entrepreneurs. Co-hosts include:

Fundraiser at the Chevy Chase home of David Javdan, an attorney and finance expert at Alvarez & Marsal in D.C. Co-hosts include Gila Bronner, a Chicago-based consultant for state and local governments.

Fundraiser at Norbeck Country Club in Rockville. No further details were available.

Fundraiser at the Capitol Hill town house of former U.S. Rep. Tom McMillen (D-Md.), who is now president and CEO of the LEAD 1 Association, which represents university athletic directors and programs of the Football One Subdivision. This event appears to be geared to the Capitol Hill crowd and is co-hosted by several D.C. lobbyists and political operatives – including some who were former officeholders. The sponsor list includes: 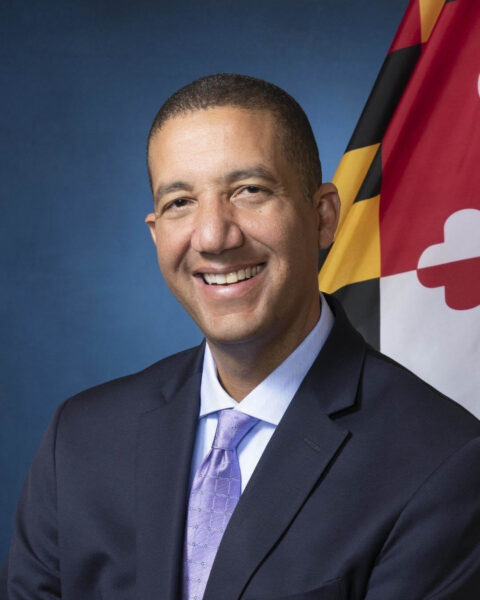 Fundraiser at the Potomac home of Patrice King Brickman, the head of Inspire Capital LLC and minority owner of Monumental Sports, owners of the Washington Wizards, Capitals and Mystics.

Fundraiser at the Ellicott City home of Arul Vigg, a doctor.

And if all that isn’t exhausting enough work for Moore, he’s scheduled to headline a fundraiser for Anne Arundel County Executive Steuart Pittman (D) on Oct. 16 at the Anne Arundel County Fairgrounds in Crownsville. Pittman was the first leader of a large jurisdiction to back Moore in the Democratic primary.

This story has been updated to add three events to the list.