Jacqueline Manger, a top official at the University of Maryland Robert H. Smith School of Business and a longtime civic activist, plans to enter the Democratic primary for Montgomery County Council in the new 7th District.

With less than two weeks before the candidate filing deadline, Manger joins a Democratic field that currently includes Dawn Luedtke, an assistant state attorney general, and Paul Schwartz, a federal retiree and author.

Manger said she’s been contemplating a political run for a long time — her grandmother was a state legislator in Wyoming for 30 years — and decided after careers in show business and the financial industry that it was time to indulge her passion for public service and try something new.

“You need to constantly be challenging yourself,” Manger said.

The timing also seemed right, she said, because the county council has created a new district where she lives, with no incumbent — and because her husband, former Montgomery County police chief Tom Manger, is no longer in county government. He’s now chief of the U.S. Capitol Police. 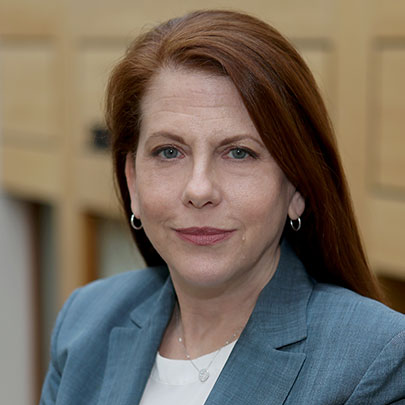 After a career as a singer, actress in TV commercials and cast member of Broadway show touring companies, Manger earned an MBA and went to work in the financial services and financial tech industries, including time as a hedge fund manager. Currently she is managing director at the Ed Snider Center for Markets and Enterprise at the University of Maryland business school, where she teaches courses on entrepreneurship.

At the local level, Manger has chaired the Arts and Humanities Council of Montgomery County, serves on the board of the Olney Theater Center, and has also done volunteer work in her kids’ schools and at her parish.

“I have a very eclectic background, but it’s translated into a huge body of knowledge,” she said.

Manger said she would have three top priorities on the council: Maintaining the county’s excellent schools; ensuring that county residents feel safe, which, in her view, involves more than just traditional public safety issues, but also preaching “civility and civil discourse”; and quality of life amenities, like parks, arts programs, recreation, and more.

Given her career path, Manger said she would bring a “pro-business view” to the council, and figures she is “more fiscally conservative” than most council members. “People work hard in this county,” she said. “I think we have to be careful about how we spend our treasure.”

She also described herself as “pro-police” — which is not surprising given her husband’s profession.

“Everybody who’s active in this community, which is everybody who is going to come out and vote in this primary, is going to figure out who I am, based on my [last] name,” Manger said.

The new 7th District runs roughly from Olney to Damascus, taking in portions of Montgomery Village as well as Ashton, Redland, Derwood and other communities. The council is adding two districts this year to go along with four at-large seats, bringing the total number of council members who take office in December to 11. With three council members departing due to term limits, another giving up his seat to run for county executive, plus two new districts, the council will have at least six new members in the upcoming term.

Manger said she plans to contribute some of her own money to her campaign but will also begin fundraising. She said she’s hoping a district race will not cost too much money; Lawrence N. Rosenblum, the campaign treasurer to former Montgomery County Executive Isiah Leggett (D), is serving as a senior adviser.

The 7th District race has been a low-budget affair so far. Schwartz, a former columnist for the now-defunct Montgomery Sentinel who focused on corruption and mismanagement in the Trump administration, reported $2,014 in his campaign account as of Jan. 12.

In addition to her legal career, Dawn Luedtke is also a singer and actress who, like Manger, serves on the Olney Theater Center board.

“Honestly, I admire that she’s doing it,” she said. “I admire that her husband is also in public office. That takes a sacrifice. She’s a great addition to the [theater] board. I’m thrilled she’s doing this. But I’m not running against Dawn. I’m running for county council.”

One of the elected members of the Prince George’s County Board of Education is resigning next week to run for state Senate.

Raaheela Ahmed has served on the district’s school board for the past five years. She’s stepping down, effective Feb. 19, to run in the Democratic primary for the District 23 seat currently held by Sen. Ronald L. Watson (D). After being elected to the House in 2018, Watson was appointed to the Senate last summer following the resignation of longtime Sen. Douglas J.J. Peters (D). Businesswoman Sylvia Johnson has also filed to run in the Democratic Senate primary.

In her announcement, Ahmed said, “it was an honor” to serve on the school board, and that she leaves with a “heavy heart.”

She told WTOP that she’s running because “someone needs to step up and make the bold decisions to save our democracy when it comes to the governance of our school system.”

Her departure creates a vacancy on the school board. By law, Prince George’s County Executive Angela D. Alsobrooks (D) has the authority to appoint a replacement. Ahmed told WTOP that she sees the irony in that.

She has clashed repeatedly with board chair Juanita Miller, who holds one of the seats on the school board appointed by Alsobrooks.

Ahmed, who is now 28, was first elected to the Prince George’s County Board of Education in 2016, but she began her political career earlier. She first ran for the school board as an 18-year-old.

Asked about running for office at a time when so much of the political discourse is heated, Ahmed said she’s an optimist. And she said her generation “can see the past, can see the present and can imagine a better future.”

Heckles will be responsible for the oversight and delivery of HUD programs and services in Maryland, Delaware, Pennsylvania, Virginia, Washington, D.C. and West Virginia. He will serve as HUD’s liaison to elected officials, congressional delegations, city managers, stakeholders and customers.

Prior to joining HUD, he served as assistant secretary and director of the Community Development Administration at Maryland’s housing department. In that capacity, he oversaw a range of operations and services from the administration and financing of single-family mortgage and multifamily development financing to housing rehabilitation and local government infrastructure programs. Most recently, his efforts centered on COVID-19 relief programs for small businesses and tenants.

Prior to his service in Maryland, Heckles worked in various capacities at the Delaware State Housing Authority for more than 12 years.