By Steven I. Platt

With the new year here, I welcome the opportunity in this space provided by Maryland Matters, to reflect on the last almost 15 years since I “retired” as a full-time judge and entered a very different world of private alternative dispute resolution, consulting, as well as public speaking, lecturing and teaching for diverse national and even international organizations. I have also been lucky enough and honored, during that time, to have been approved by the Court of Appeals to be recalled as a judge and have done so enthusiastically and learned even more with the added perspective of my other work and experience incorporated into my decision making.

That said, and with I hope the proper degree of humility, as well as a recognition that our hopes and dreams should not be born out of naiveté or unrealistic expectations for ourselves, the three branches of government, or, for that matter, the human race, I offer the following, and, I hope, improved over previous years, based on new experiences and additional perspectives, suggested 2022 New Year’s resolutions for judges, politicians and policymakers.

1. Don’t refuse to reference reality when you make personal, political, legal, and even medical decisions. You can aid that process by listening and paying attention to people and ideas with which you do not agree, in lieu of reinforcing or restricting your sights and sounds to those pictures and words which reinforce your previously held views.

2. Don’t even try to defend the indefensible. It won’t work.

3. Recognize that isolating yourself, your community and even your country, if you are a president, governor, legislator, political or community leader, policymaker, or even a judge, will not make the complexity of an increasingly complicated world go away. On the contrary, it will make your decision-making progressively more flawed and exponentially more dangerous to you and those affected by your self-inflicted defective judgement.

4. Recognize that the choices which you desire are usually not the options that reality dictates that you must choose from. Wishing otherwise won’t change that reality.

5. Don’t insist that “the other side” accept and subscribe to your perception of reality as a pre-condition to further communication, whether that “other side” is competing with you or is attempting to collaborate with you. Better to analyze and address your counterparts’ interests in the context of their reality if you wish to move your idea or process forward. 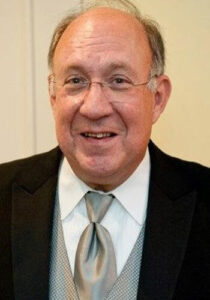 6. If you are trying to persuade a third party of the merits or wisdom of your position on an issue, whether that third party is a jury, judge, the voters of a federal, state, or municipal district or the elected or appointed officials put there by the voters to decide your fate or your client’s fate, do not forget or ignore who those people are and the intellectual world they live in. To do so will be fatal to your cause.

8. Recognize that there are many “monuments to persistence” whose success in whatever professional, business, personal field they chose was, in large part, the result of their persistence. Persistence in the pursuit of a good idea is worth emulating.

My favorite illustration of this came from my now deceased friend and mentor, the first chief judge of the District Court of Maryland, Robert F. Sweeney, who in an interview upon his retirement, reflected upon what it took to accomplish what Gov. Marvin Mandel had described as a “gargantuan task” – the creation and implementation of a new court, the District Court of Maryland.

On May 5, 1971, as he was sworn in as the first chief judge and at the time the only judge of the District Court, Chief Judge Sweeney said, “Insofar as I am able, I shall attempt to make this court what the people of Maryland are entitled to have it be: A court of integrity and a forum in which the personal and the property rights of all citizens can be freely and fairly adjudicated by judges learn in the law – judges who are dedicated to the principle of equal justice under the law for all.”

Upon his retirement, a quarter of a century later, illustrating the wisdom and concomitant success of persistently confronting the reality of a corrupt culture in accomplishing that goal, Chief Judge Sweeney recounted that experience as follows: “There were judges who were racists, who had alcohol problems, who were wife beaters and who thought they had found the greatest 10-2 job in the world. I outlived the bastards. The whole collection of them.”

The moral of this story is obvious. The monument is the District Court of Maryland!

9. Share in the optimism of Bernard Baruch, an adviser to four presidents, about the future based on his faith “in the power of the human mind to cope with the problems of life.” Share in his conclusion after a lifetime of advising presidents that “To nothing so much as the abandonment of reason does humanity owe its sorrows.” We should therefore heed the warning based on history and experience that our failures as individuals and communities have been and will be the consequences of “action without thought,” which usually follows thoughts unaccompanied and therefore devoid of analysis.

10. Believe, as did Bernard Baruch, that our society can in fact solve our problems by placing our trust in the unfettered intellect, reason, wisdom, and compassion of smart individuals not in crowds.

I would footnote these suggested New Year’s resolutions with the following afterthought based on my continued observations of all three branches of government and the politics, economics and psychology which drives them – the collective blogosphere, talk radio, cable TV, internet and advocacy groups, politicians, and other public figures, whether they claim omniscience, heavenly blessings or other supernatural powers or origins do not address any reality except their own. That said, let’s try analytics in 2022 – we might like it.

In any case, Happy New Year!

Judge Steven Platt: Closing the Curtain on the Political Theater of the Absurd

The “Trumpian Right” and the “Illiberal Left” have a lot more in common than either of them would like to admit.

Judge Steven Platt: The Role of the Judge in Our Society

Judge Ketanji Brown Jackson addressed the issue in her opening statement by stating, ‘I know my role as a judge is a limited one.’