Seventh in a series.

Michael Rosenbaum, the Baltimore tech executive and Democratic candidate for governor who is making his first run for elective office, prides himself on his private sector record of creating jobs and boosting workers into the middle class. And he vows to do the same as governor.

So when Rosenbaum talks about what he’ll do to combat climate change if he’s running state government, his proposals are almost entirely forward-facing, and advance the notion that a robust green economy — and a fledgling “blue tech” economy, which uses multiple technologies to curb ocean pollution — will also help stem climate disaster in Maryland.

“Maryland is perfectly positioned to be the global center of impact innovation,” Rosenbaum said during a recent interview. “I put climate innovation at the top of the list.” 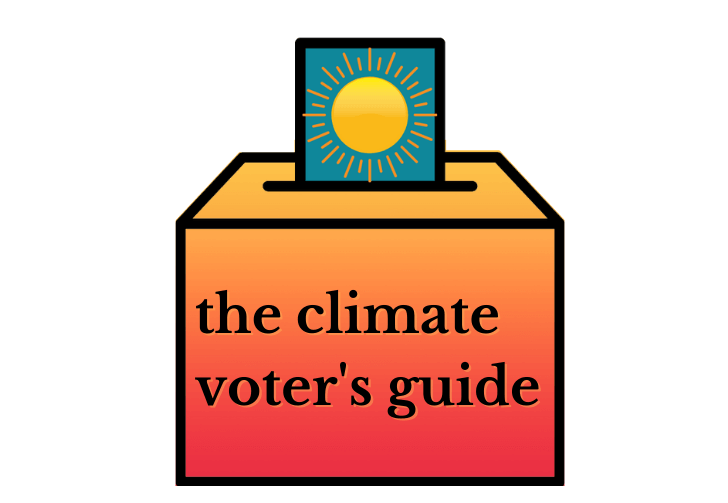 Late last month, Rosenbaum, who was a federal government economist before moving to Baltimore to start his own companies, released a plan designed to help 250,000 Marylanders, including 100,000 Black families, enter into well-paying careers. It focuses on job creation in the health care, tech, skilled trades, and specialized manufacturing sectors. Ultimately, the average worker’s income in these sectors would increase by more than $38,000 a year, on average, he estimates, regardless of whether a person went to college or has any prior experience.

The plan does not directly address climate change, but Rosenbaum said his vision for a more modern and diverse economy, by implication, would make the planet healthier. His economic development plan relies on natural, institutional and government resources close at hand, like the Chesapeake Bay, Fort Meade, NASA, and the nation’s capital — where climate change is a focus of work already underway.

Similarly, when Rosenbaum thinks of the state’s transportation challenges, it’s in the context of how they impact job creation in the state. And that too, he says, has climate implications.

When asked about transportation priorities, Rosenbaum concedes, “I’m going to make the same points that everyone else [in the Democratic race] is going to make.” That means more support for transit and skepticism about Gov. Lawrence J. Hogan Jr.’s proposal to widen the Capital Beltway and Interstate 270. He called the Republican governor’s decision to kill the Red Line transit project in Baltimore “astonishingly bad.”

“The failure to build the Red Line is so problematic on so many levels,” Rosenbaum said.

But ultimately, he observed, the conversation about traffic, transit and climate has to move beyond building specific projects. He believes the state needs to advance new development policies that shorten commute times, enable people to work closer to where they live, and in so doing, reduce greenhouse gas emissions.

“Today, commute times in Maryland are very long,” Rosenbaum said. “One of the reasons commute times are so long is we haven’t made the investments necessary to make them shorter. We’ve literally been having the same conversation about transportation for 50 years.”

Rosenbaum said he’s inclined to appoint a climate adviser to ensure that the damages wrought by climate change and the challenges they bring are a focus of every state agency. “Climate change ties into everything we do,” he said.

Rosenbaum also said he’d pursue the possibility of imposing carbon taxes in the state — or pursuing a regional compact with nearby states to charge polluters. Maryland is already in the multistate Regional Greenhouse Gas Initiative, a cap-and-trade program designed to limit carbon emissions from power plants, and it may eventually join a multistate transportation climate alliance.

“I’m an economist and therefore I love carbon pricing and cap and trade,” he said. “Putting a price on carbon makes a market work better. When you put a price on carbon it accelerates a whole bunch of things that need to happen. And focusing on regional approaches helps a lot. It’s not necessary, but it helps a lot.”

Collecting revenue from polluters, Rosenbaum posits, will enable the state to provide incentives for businesses to develop green technologies like wind and solar — and for consumers to choose greener ways to power their automobiles and heat and cool their homes. Or, as Rosenbaum puts it, “We need to create the environment where folks make optimal choices when it comes to innovation. The reason people don’t do it is because they say it costs more money.”

A fuller and better-paid workforce, he said, will similarly provide more revenue for state government — his jobs plan, he estimates, will free up an additional $6 billion within six or seven years, which will also help to fortify the state’s fledgling green economy.

“Let’s create a budget that makes all that possible,” he said.

Asked about resistance to aggressive measures to combat climate change in some Eastern Shore counties — which are especially vulnerable to extreme weather and flooding — Rosenbaum suggested it’s because government leaders “put communities in an impossible position.”

“Why are the communities most affected by rising sea levels opposed to many of the policies that would help them?” he asked. “It’s because we haven’t provided an alternative as a state.”

Even though several industries on the Shore have long, proud traditions, Rosenbaum believes that some residents would consider entering greener professions if they seemed viable and remunerative. Buy-in on the benefits to a warming planet would come in time, he theorized.

“It’s actually our responsibility as a state to help people make that choice,” Rosenbaum said.

But he eventually settled on Claire Broido Johnson, a longtime energy policy expert and tech entrepreneur who was a co-founder of SunEdison, which grew to be the world’s largest solar energy services provider. She has also been a venture capital investor in the Baltimore area and served in a high-level position at the U.S. Department of Energy during the Obama administration.

“Who Claire is and the work Claire has done is what actually will allow Maryland not only to do our part but to be a leader in the fight against climate change,” Rosenbaum said.

Coming Monday: An interview with Jon Baron. Click here for other stories in the Climate Voter’s Guide series.

Michael Rosenbaum, the Baltimore tech executive who hoped to replicate his private sector success in a political campaign, is announcing Tuesday that he is…

In the corporate world, the term “turnaround artist” has mixed connotations. On the one hand, it’s a person who knows how to rescue a…

Days after some of the worst coastal flooding in Maryland history, and as thousands of activists and government leaders gather in Scotland for an…