Trone is the only member of Maryland’s U.S. House delegation on the list of now 70 Democratic representatives that the NRCC considers “vulnerable” for 2022. Trone’s addition, one of 13 Democratic members added to the list Wednesday, comes after Republican Glenn Youngkin defeated Democrat Terry McAuliffe in the Virginia gubernatorial race with 50.7% of the vote to McAuliffe’s 48.6%. President Biden won the state by a 10.1% margin during the 2020 presidential election. 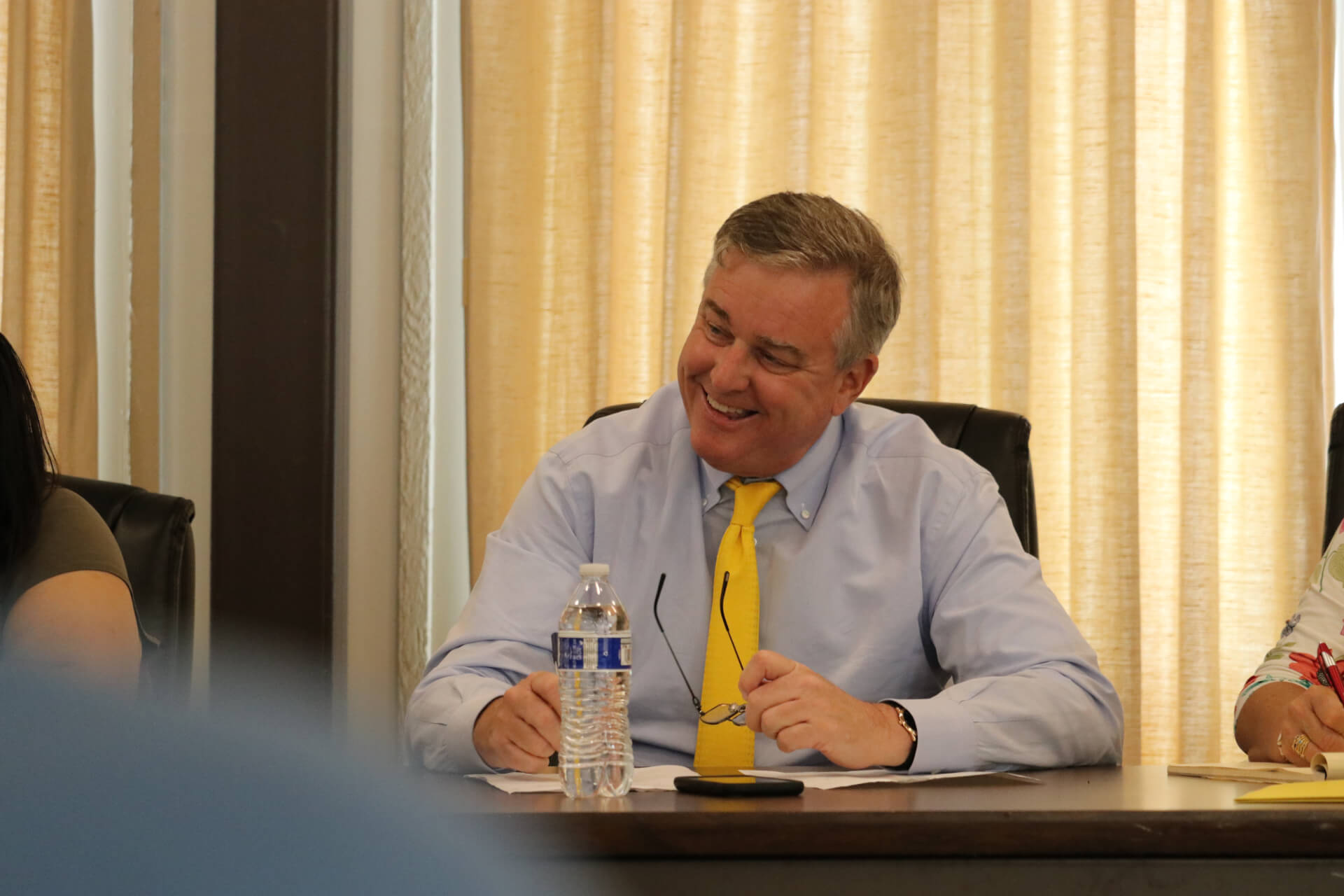 Rep. David Trone, who represents the 6th District, at a community meeting in July 2019. Photo by Danielle E. Gaines.

Trone won reelection with 58.8% of the vote to Republican challenger Del. Neil C. Parrott’s 39.2% last year, and Parrott has filed to run again in 2022. The Maryland General Assembly, where Democrats hold a veto-proof majority in both the House of Delegates and the Senate, is set to redraw the state’s congressional maps in a planned early December special session. Whether they will make major changes to Trone’s district remains to be seen.

Harrison Hickman, Trone’s pollster and strategist, said in an interview that the congressman’s addition to the NRCC’s target list was “surprising” given his large margin of victory in 2020. He said Virginia has consistently elected a governor of the opposite party of the president in gubernatorial elections held after the presidency changes hands.

“I don’t think there’s any reason to extrapolate it anywhere,” Hickman said.

Trone, who is one of the wealthiest members of Congress, has largely self-funded his three congressional campaigns and seems likely to do so again in this election.

Trone’s 6th District includes the Maryland’s westernmost counties, Garrett, Allegany  and Washington, before moving down through southern Frederick County, looping up to include the city of Frederick and then running south into Montgomery County. The district was once safely Republican — longtime Republican Rep. Roscoe G. Bartlett won reelection with 61% of the vote in 2010 — but was redrawn to favor Democrats in 2011. Bartlett subsequently lost reelection in 2012 to Democratic challenger John K. Delaney, who garnered more than 58% of the vote.

The district as it’s currently drawn was the subject of a legal battle over partisan gerrymandering that made it all the way to the U.S. Supreme Court, but justices opted not to weigh in on state-level partisan gerrymandering disputes. Hickman said in an email that it is “ironic that the Republicans are targeting this Congressional district after arguing in the US Supreme Court that Maryland Democrats had redistricted the seat so that it is unwinnable for a Republican.”

More than 120 people have applied for the five vacancies on the Montgomery County Planning Commission.