The Maryland Association of Boards of Education has sworn in Virginia “Ginny” McGraw, a retired Charles County Public Schools principal, as its new president.

“Ginny’s track record of leadership and commitment to quality public education speaks for itself,” Tammy Fraley, outgoing president of MABE, said in a statement. 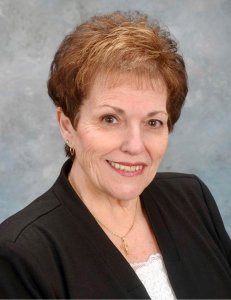 Virginia “Ginny” McGraw, was sworn in as president of the Maryland Association of Boards of Education last week. Courtesy photo.

“Her direct experience for decades in schools influences her approach to tackling the many challenges Maryland school districts continue to face, just as her active involvement with various education organizations informs her thinking on Maryland public education’s most critical issues. MABE’s 24 member school districts collectively are sure to benefit from the top-notch skills, ideas and leadership abilities she’ll bring to the table,” Fraley added.

MABE is a non-profit organization that represents all of Maryland’s 24 school boards.

McGraw was a teacher, vice principal and principal during her 25 years at Charles County Public Schools and she served on that county’s school board, according to a press release. She has lived in Charles County more than four decades.

The association’s new officers include Joseph Goetz from Kent County as president-elect, Michelle Corkadel from Anne Arundel County as treasurer and Sonya Williams from Prince George’s County as secretary.

After studying 14 potential crossing locations, the state decided last year to build a new bridge or tunnel near the existing Bay Bridge spans.

What Should Virtual Schools Look Like Post-Pandemic? Lawmakers are Weighing New Rules.

Maryland lawmakers are considering a bill that would establish specific parameters for virtual schools offered by local school districts after the COVID-19 pandemic.