The Chesapeake Bay Program is set to get an extra $2.5 million next year, despite a request by President Trump that its current $85 million budget be slashed to $7.3 million.

The bump in funding comes as the program’s six states — Virginia, Maryland, Pennsylvania, West Virginia, New York and Delaware — and Washington, D.C. enter the final stretch of a decade-long push initiated under President Obama’s administration to clean up the nation’s largest estuary. 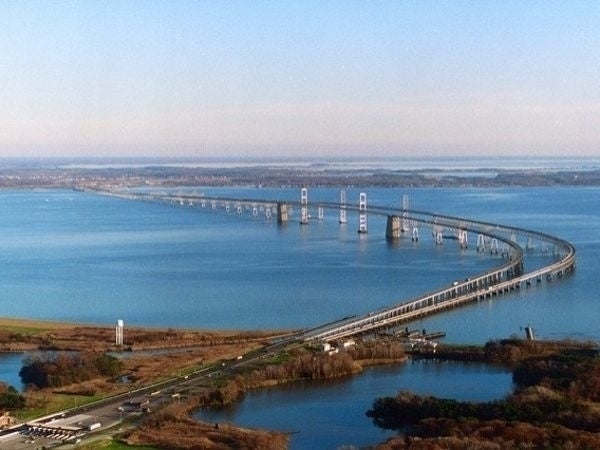 The Chesapeake Clean Water Blueprint signed by the six states and the District of Columbia sets a 2025 deadline for each jurisdiction to meet major targets in reducing sediment, nitrogen and phosphorus that flow from agricultural fields, city streets and sewage treatment plants into the bay. Bay Program funds go toward a range of efforts to achieve those goals, including conservation programs administered by Virginia agencies, tree-planting efforts in urban areas and projects to reduce polluted runoff.

The new funding was part of the federal appropriations omnibus bill passed by Congress Sunday night. Trump is expected to sign the legislation.

Another provision provides $3 million for the Chesapeake Bay Gateways and Watertrails Network run by the National Park Service that provides financial and technical support for public access throughout the watershed “to help connect people to the natural and cultural heritage of the Chesapeake region.”

“The Chesapeake Bay Foundation appreciates that a broad, bipartisan majority of Congress again endorsed additional funds for the Chesapeake Bay Program, refusing the Trump administration’s dangerous attempt to dismantle this essential program for the fourth year in a row,” Rano said in a statement.

“As we approach the 2025 deadline to put the Chesapeake Bay and its waterways on the path to recovery, it is more important than ever for the federal government to lead the way with generous investments in restoring this precious environmental and economic resource.

“We look forward to working with the Bay delegation in the new Congress to secure the full $90.5 million authorized for fiscal year 2022 in the recently passed legislation to reauthorize the Chesapeake Bay Program through 2025.”

Joel Dunn, president and CEO of the Chesapeake Conservancy, in a statement, highlighted increases in park visitation within the watershed in 2020. Visitation has boomed nationwide during the COVID-19 pandemic as people have looked for outdoor, socially distant sources of recreation.

The rise “means that we must provide more space for outdoor recreation and also for nature,” said Dunn. “Full funding for the Chesapeake Bay Gateways program enables the National Park Service to support public access and connect people with our region’s greatest asset and a national treasure, the Chesapeake Bay.”

Sarah Vogelsong is a reporter for the Virginia Mercury, where this article originally appeared.

Sarah Vogelsong is Virginia Mercury’s environment and energy reporter, covering everything from utility regulation to sea level rise. Originally from McLean, she has spent over a decade in journalism and academic publishing and previously worked as a staff reporter for Chesapeake Bay Journal.

All posts by Sarah Vogelsong