After serving 42-years of a 60-year sentence, Maryland’s longest-incarcerated woman prisoner, Eraina Pretty, is to be released from the Maryland Correctional Institution for Women.

The creation of the Baltimore City State’s Attorney’s Sentencing Review Unit was announced last week in an effort to review cases of people at high-risk of serious illness or death from COVID-19 and people over 60 or those incarcerated as juveniles who have served at least 25 years of their life sentence.

Pretty was the second person to be recommended for release by the Sentencing Review Unit.

“The role of the prosecutor is not simply to seek future justice,” Mosby said in a statement. “The pursuit of justice is timeless, and that means we must also correct the injustices of the past.”

‘The need for second chances’

Pretty was 18 when she pleaded guilty to first-degree murder, use of a handgun and accessory after the fact. She is now 61 years old.

Over the course of her incarceration, Pretty earned her bachelor’s degree in sociology from Morgan State University, completed several computer education courses, assembled books for the vision-impaired through the Baltimore Braille Association and worked for more than 20 years as a data entry clerk.

She also served as a facilitator for the Stopping Criminal Activity, Recovery, Extremely and Maintaining (SCREAM) program, worked with the Canine Partners Program and received certificates of acknowledgment for her advocacy work. 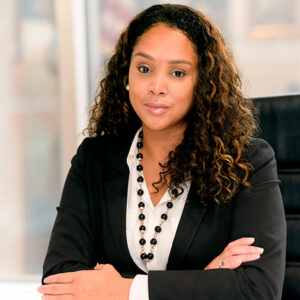 “Ms. Pretty has served 42 years in prison,” Mosby said. “She has not only redeemed herself but exemplifies the need for second chances in our criminal justice system and while we recognize the hurt and trauma that lives everyday with the survivors of this unfortunate incident, we remain committed to ensuring restorative support as they heal.”

The Aging People in Prison Human Rights Campaign created a Change.org petition two years ago demanding her release, which over 3,500 people signed.

“Ms. Pretty’s release is the result of many years of advocacy,” Goldmark tweeted Monday.

Pretty contracted COVID-19 in the spring and was hospitalized. Dozens of state lawmakers led by Del. Charlotte Crutchfield (D-Montgomery) signed an open letter to Gov. Lawrence J. Hogan Jr (R) calling for the commutation of her sentence.

“When Ms. Pretty was sentenced in 1978, there was no reason to believe she would not eventually be released if she met the criteria that was established for parole,” the letter reads.

“Though she was convicted of a violent crime, she is not a violent person. There is no reason to believe that if Ms. Pretty were released she would pose a danger to society.”

Maryland is one of three states that requires the governor to sign off on recommendations from the Maryland Parole Commission.

“We’re thrilled to have won Ms. Pretty’s release, but we need the Senate to pass the bill to remove the governor from the parole process this session so that more people like Ms. Pretty do not contract COVID-19 in prison,” Meadows tweeted, tagging Senate Judicial Proceedings Committee Chairman William C. Smith Jr (D-Montgomery).

According to The Appeal, a website that focuses on policymaking and its impact on vulnerable populations, Pretty was recommended for parole by the commission twice. She was denied both times: once by then-Gov. Martin J. O’Malley (D) in 2011 and again by Hogan in 2019.

During a 2015 interview with ABC News’ Diane Sawyer, Pretty said tearfully that she had written former Gov. Robert L. Erlich Jr. (R) during his term and asked to be put to death.

“In 2003, I wrote Gov. Erlich and asked him for lethal injection … because of the victim’s family and everybody — [I] wanted them to know I was sorry for the crime that I had committed,” she said.

Asked by Sawyer if she was still dangerous, Pretty replied: “No, ma’am.”

Pretty is set to be transferred to a reentry facility, and will be placed on probation for five five-years following her release.