Maryland transportation officials said Tuesday they will take over day-to-day management of building the Purple Line, at least temporarily, as soon as construction crews pack up and depart, a process that could come as early as next week.

They told the Prince George’s County Council there are firms eager to come in and guide the 16-mile rail project to completion, but they conceded that the demise of the state’s relationship with its original contractor, Purple Line Transit Partners, will lead to delays.

The prospect of the state taking responsibility for the project — which began as a highly-touted “public-private partnership” but has since cratered amid nearly $800 million in cost overruns — led members of the council to express anger and skepticism about the Maryland Department of Transportation’s competence.

“I’m heavily nauseated,” said Council member Dannielle Glaros (D), whose district includes nine of the 11 stations to be built in Prince George’s. “It’s really tough for our residents, who so need the benefits, and they’re going to be left with this empty infrastructure that looks completely abandoned for a time frame that is not clear.”

Maryland Transit Administrator Kevin Quinn told lawmakers the immediate priority is on making construction zones safe for the public when PLTP quits the project, a move made possible by the contractor’s court victory over the state earlier this month.

“We are evaluating every inch of the alignment over the next 30 days, taking a look at subcontractors, meeting with our subcontractors, to evaluate the work that can continue,” said Quinn.

He said the Maryland Transit Administration is still “evaluating” whether to keep the project in-house or hire a firm to take over for PLTP. “It’s a little too early to speculate and we’re looking at about a 4-to-6 month period to evaluate that. What I can say is there are a number of good contractors in this market who want to take on this work.” 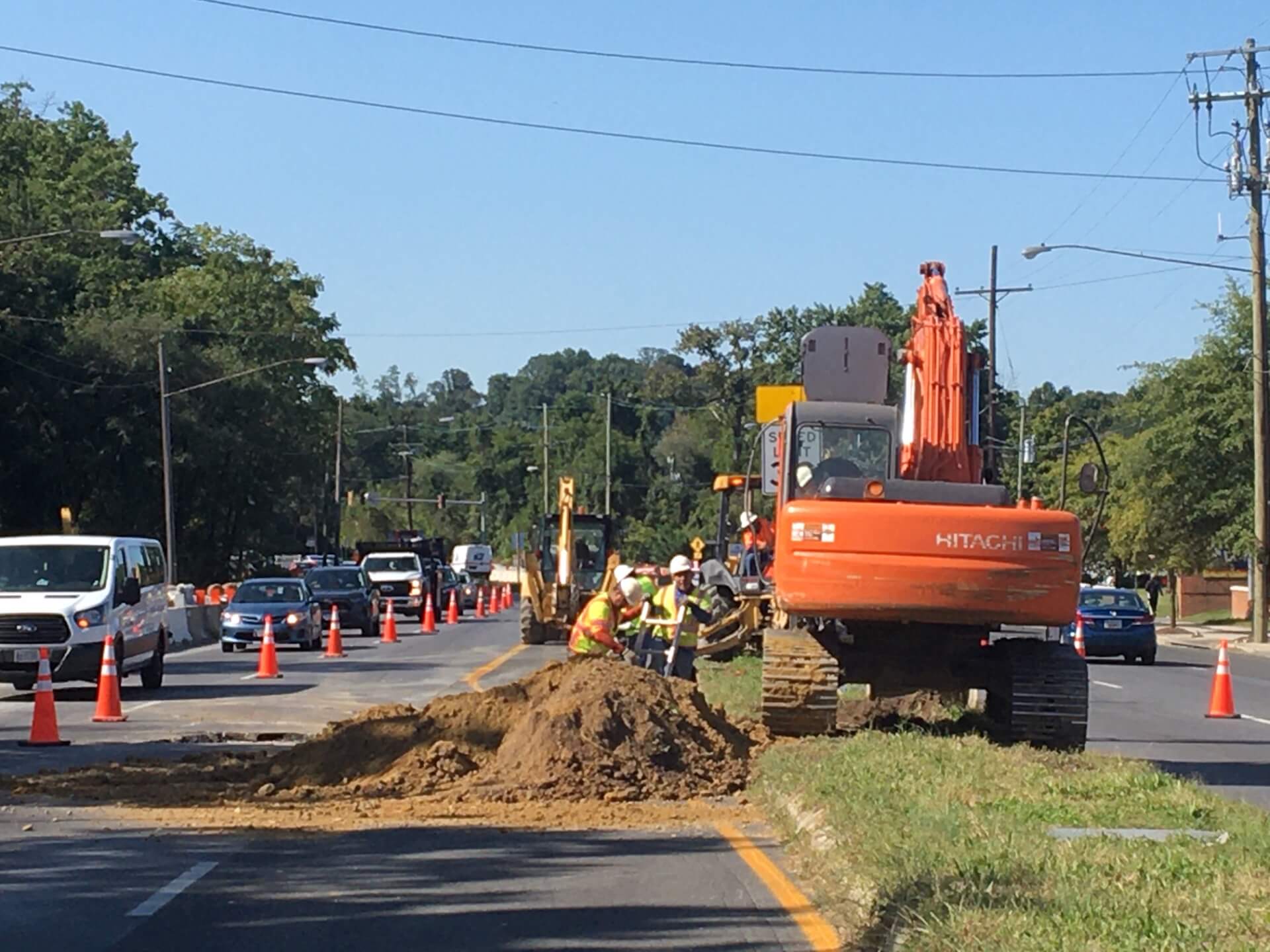 Work on the Purple Line light rail project will halt soon as the contractor ends its deal with MDOT. Photo by Bruce DePuyt.

The departure of Purple Line Transit Partners also means the state must find a new way to finance the line, which will eventually link Bethesda and New Carrollton. The Department of Transportation’s CFO said the state could float new debt under the federal Transportation Infrastructure Finance and Innovation Act loan program or a new concessionaire could finance the project in the same manner as PLTP.

“We don’t know what we’re going to do, but that is absolutely on the table, another P3,” said MTA project director Matt Pollack.

He said the agency is now scrambling to staff up, in case the state decides to manage finishing the Purple Line.

“We were managing a single P3 contract,” Pollack said. “We will be now managing well in excess of 100 contracts.”

He said MTA’s project delivery team is “taking actions to keep the Purple Line project moving forward.” The primary task is identifying the work that can continue under state management, which he said includes design completion, utility relocation, wall construction and the acceptance of rail cars and other equipment being manufactured off-site by vendors.

Glaros called the demise of MTA’s relationship with PLTP “a massive failure.”

Quinn pledged that MDOT will complete the project.

“I can’t sit here and say there won’t be some stumbling blocks or even make promises that the state can have that same high level of activity that you see happening in the next few weeks or months,” he said. “But I give you my commitment and the state’s commitment that we will deliver this project.”

Turner and other members of the Council said the interruption of work on the Purple Line is causing officials to question the wisdom of using a public-private partnership to add lane capacity to the Capital Beltway, a top priority for Gov. Lawrence J. Hogan Jr. (R).

Officials involved in planning that project also briefed the Council on Tuesday — and lawmakers did little to hide their skepticism.

“You can just see this is going to be a disaster,” said Council member Thomas E. Dernoga (D). “It reminds me of federal troops being sent to Portland even though they weren’t wanted.”

Dernoga said the dramatic increase in the number of people working from home has undercut the rationale for Hogan’s proposal to add express toll lanes to Interstates 495 and 270, and he asked the top official in charge of the project for 2019 and 2020 traffic data from the two roads.

“Under current circumstances, the average speed is 70-to-80 miles an hour,” he said. “This is rolling along at a fast clip and we don’t know what the post-COVID world really looks like.”

P3 Project Manager Lisa B. Choplin said the new lanes are intended to accommodate population growth, not just the traffic Maryland has now.

She and other State Highway Administration officials expressed confidence that the future P3, to be awarded next year, will not end up like the Purple Line.

“The structure of this public-private partnership is different,” she said. “It’s what we call a predevelopment agreement and we are bringing on that developer earlier in the process.”

Doing so, she told the Council, would give the winning bidder the opportunity to work with CSX, the state Department of the Environment, area utility companies and others to “minimize and mitigate” some of the right-of-way issues that caused delays which ended up torpedoing the rail project.