Arthur Katz of Rockville wrote an interesting opinion piece in Maryland Matters [“The Myths Surrounding the I-495/I-270 Highway Expansion,” Aug. 21]. In it Mr. Katz got many of his facts wrong, but he also unwittingly made the case for adding the toll lanes to Interstate 270 while attempting to do the opposite.

In citing projected toll lane use in the range of 15%, Mr. Katz concludes the lanes aren’t worth doing because they won’t reduce congestion or speed travel times for anyone other than the toll lane users.

Nothing could be further from the truth.

Moreover, Zhang went on to point out that “it’s not linear, so when we see even a small reduction in the number of drivers not driving during peak hour, we will see a significant reduction in congestion and its associated benefits.” He says that the annual benefits of the reductions are worth $900 million for our region just in the peak periods. And here’s the zinger: Specific to I-270 he concludes, “If we just look at I-270 and get 15% fewer drivers that equals a 71% reduction in congestion on I-270!” (I-270 morning peak period: 5% — 5,700 vehicles).

Thank you, Mr. Katz, for supporting the case for eliminating congestion on I-270 with just 15% of drivers using the toll lanes.

It doesn’t take a nuclear scientist to understand that commuters on I-270 experience misery that is only going to get exponentially worse as 1.2 million new residents are added to our metro region by 2045 as forecast by the Metropolitan Washington Council of Governments. It also doesn’t require living immediately adjacent to the highway to predict that there will be noise and some disruption during construction. 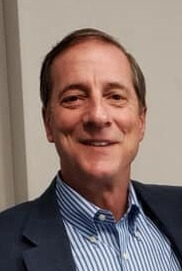 However, Mr. Katz proclaims “most importantly, [it] profoundly disrupts the I-270 ​communities, especially the city of Rockville,” which simply isn’t true in the way the reader is led to believe. While there are several residential neighborhoods immediately adjacent to I-270 in Rockville, as well as a school, churches and businesses, not a single one of them will be displaced in any way that would impact their operation or occupancy.

What does this mean for Maryland commuters who drive to job centers across the region? It means they either sacrifice increasingly larger chunks of their lives commuting or they move to Northern Virginia, where they are making investments in infrastructure.

Where is the efficacy in either of those outcomes for Maryland and its residents? While opponents might be OK with hastening the economic decline of our Maryland counties, it is a fact that the majority of Maryland residents support adding the new toll lanes.

Opponents of MDOT’s managed lanes project consistently advance notions that the project is inherently bad and can have no positive impacts whatsoever. They will not acknowledge the economic benefits of the plan, nor the longer-term positive impacts on the 1.2 million additional residents (a 24% increase) forecasted to use our roads in the region by 2045.

The writer is the chairman pro tem of the Suburban Maryland Transportation Alliance.

Department’s communications might be suitable for an advocacy group, but not for an impartial public agency.

Opinion: Use Caution. I-495 Toll Lanes Not as Advertised

Marylanders are urged to oppose I-495 toll lane plan. There are no benefits for most residents but obvious financial benefits for a private partner.