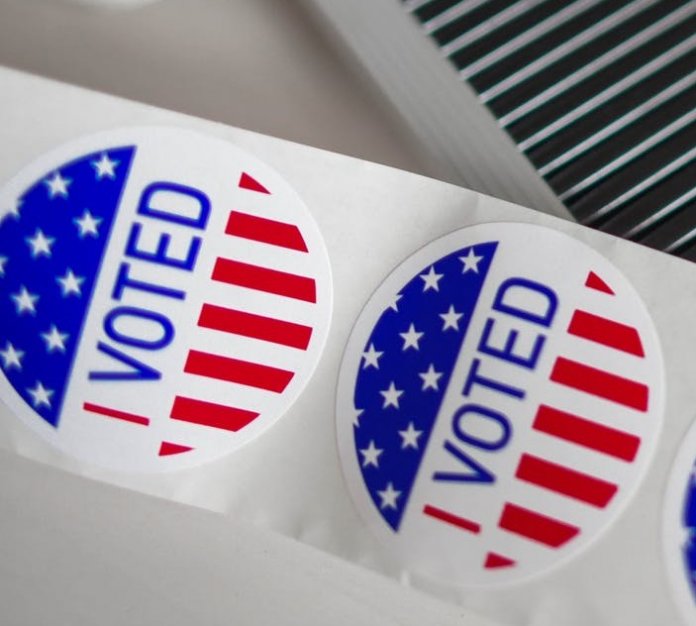 With just weeks to plan, Maryland will open three voting centers for the special election to replace the late U.S. Rep. Elijah E. Cummings (D) in the 7th congressional district.

A divided State Board of Elections, in an emergency teleconference meeting Monday morning, could not determine that a mail-only process for the special general election on April 28 would pass constitutional muster.

The board had previously backed a mail-only process for the special election in March, citing health concerns amid the COVID-19 pandemic.

But a proclamation from Gov. Lawrence J. Hogan Jr. (R) on Friday required that the board issue a written declaration that a mail-in process for the special election would comply with the Maryland and U.S. constitutions and that it was “not possible to utilize voting centers in a manner that mitigates and reduces a substantial threat to public safety or health.”

Advocates and Maryland’s top legislators have argued ― to the governor and to the state board ― that moving forward with no in-person voting could disenfranchise some of Maryland’s most vulnerable voters, including people with disabilities or limited access to postal services.

During debate after a one-hour closed session on Monday morning, two elections board members ― Vice Chairman Patrick J. Hogan and Malcolm L. Funn ― argued that the board should maintain its policy to avoid in-person voting during the April 28 election.

“I think April 28 is still too much in the middle of the pandemic,” Patrick Hogan said. “And the possibility of contracting COVID-19 remains high.”

The Institute For Health Metrics And Evaluation currently predicts a peak in deaths from the novel coronavirus in Maryland this week, with nearly 600 deaths predicted through May 1.

The vice chairman added that extended voter registration deadlines and an online ballot-marking tool that allows disabled voters to get assistance met his threshold for constitutionality, under the current circumstances.

Two other board members ― Kelley Howells and William G. Voelp ― said they believed health concerns could be mitigated to allow a very limited number of voters to cast ballots in person. They cited essential businesses, like grocery stores, that have been allowed to remain open in the state.

Howells said very few voters should be considering casting ballots in person during the special election. Ballots with pre-paid postage were mailed out to every active voter in the district last week.

“The number of voters who are going to need these voting centers is so small. And yet for them, the voting center is such a big deal,” Howells said. “It allows them to vote when they otherwise could not vote.”

The board’s chairman, Michael R. Cogan, found himself caught in the middle.

Cogan said his chief concern was to limit COVID-19 transmission through the elections process. “What’s the upper limit on deaths for you to have this particular mode of voting?” he asked during the debate.

But Cogan said he also couldn’t reach a conclusion that a mail-in election was constitutional. That, he said, is something that only courts can decide after a legal challenge.

He abstained from the final vote tally.

Deadlocked, the board is unable to submit the written declaration and the jurisdictions within the 7th District ― Baltimore City and Baltimore and Howard counties ― will now have to create plans for at least one in-person voting station on April 28.

Hogan’s spokesman, Michael Ricci, appeared to tweet some gentle criticism of the elections board Monday evening.

“We are in the middle of a fight to slow the spread of a deadly virus, and the governor expects the Board to provide every assurance that it will not put people at risk,” he wrote.

During the meeting, Voelp said two of the jurisdictions have identified voting centers that could be used. He did not specify which.

In an interview later Monday afternoon, Baltimore City Elections Director Armstead Jones said his office and board are looking to establish a voting center at the Westside Skill Center in Edmondson Village and were working quickly to get things in place for in-person voting.

Guy Mickley, director of elections in Howard County, said his office plans to open a voting center at the Howard County fairgrounds.

The state board will formally announce the three voting locations by next Monday.

Jones said the late notice to stand up any polling place for the special election was “very disappointing.” His biggest concern now is the safety of voters and his staff. “I just have to move forward and prepare for this election and do the best we can to make it happen,” Jones said.

Maryland’s Deputy Election Administrator Nikki Charlson said the state office will work with each local board to implement in-person voting in the safest way possible. The state previously ordered masks, gloves and hand sanitizer for the local boards to use during ballot counting, which may be reallocated to provide protections for pollworkers in the special election.

While his office has received disinfectant spray and gloves, more protective gear will be needed, Mickley said.

“Right now, we don’t have the things we need, but we’re looking to the state to get those things and we know they’re working very diligently to do so,” Mickley said.

Despite the state board’s previous decision to vote by mail, Mickley said officials in the 7th District continued to work on contingency plans that can now be rolled out.

“We tend to plan for every variable that may happen,” he said.

About a month ago, his office, which has led tabletop planning exercises in the state, put together a pandemic plan that includes details on how to clean election machinery and how maintain physical distancing in polling places. Once the state and local boards decide which election machinery will be installed in the three voting centers, plans can be finalized including the number of pollworkers that need to be hired, Mickley said.

“We’re going to do everything within our power to protect the voters, the judges, the staff during this election cycle,” Mickley said. “…We’re going to do our best. But vote by mail is your best option to stay safe.”

State officials also encouraged voters to mail in their ballots whenever possible.

“The safest way to vote in the 7th District special election is to vote by mail,” Linda H. Lamone, State Administrator of Elections said in a statement. “Not every voter can cast a ballot by mail, and the Board is committed to safeguarding their voting rights by authorizing local boards to operate a select few in-person voting centers. For all voters who are able to send in their ballot by mail, the choice is clear: vote safe, vote by mail.”

The state is also providing each of the jurisdictions in the 7th District with ballot dropoff containers that can be used in the special election, Charlson said.

During Monday’s meeting the board also voted to extend the voter registration deadline for the June 2 presidential primary election to May 27, which will also be conducted primarily by mail with limited in-person voting.

Editor’s Note: This story was updated Monday evening to include additional comments and reaction from state and local elections officials.

A NOTE TO OUR READERS

In these uncertain times, we’re here for you. We have a page dedicated to our reporting on COVID-19 in Maryland. We’ll continue to report with an eye toward the humanity of our sources and a commitment to public accountability.

Stay informed by signing up for the Maryland Matters Memo — our daily morning news roundup, delivered to your inbox. Free.

And if you are able, please consider a tax-deductible contribution to support our nonprofit newsroom.

We’re burning the candle at both ends — doing all we can to keep ourselves, and everyone else, as safe as possible — as we keep you informed.