Three years ago, Allison Heintz was a 4th grade teacher who had never been politically active. Then Donald Trump was elected president.

Heintz attended the Women’s March in Washington, D.C., was inspired to use her voice, and now finds herself lobbying her local legislators, working on political campaigns, even appearing on the nightly news after speaking at a rally – all on the topic of education.

“I decided I wanted to become a teacher in elementary school,” said Heintz, who teaches at Cape St. Clair Elementary School in Annapolis. “This [becoming an activist] never crossed my mind.”

In every corner of the state, seas of teachers sporting red shirts for their “Red for Ed” campaign are becoming visible at school board meetings, county council hearings, and on the news.

In both progressive and more conservative parts of the state, teachers are speaking out as Maryland political leaders consider the biggest education reform package in a generation, the so-called Kirwan Commission reforms. The Commission on Education and Excellence in Education, chaired by former University System of Maryland chancellor William E. “Brit” Kirwan, has proposed a wide range of reforms. The Blueprint for Maryland’s Future Funding Formula Workgroup will meet over the next few months to propose new education funding formulas.

State Superintendent of Schools Karen B. Salmon was not available for an interview, but in an email to Maryland Matters, suggested teachers have a unique perspective in any education policy debate.

“Educator input is an essential part of shaping educational policy in Maryland,” she said. “Our teachers are on the front lines of education – sharing their experiences and voice provides a direct link to the needs of our schools, classrooms, and students.”

Educators will have another opportunity for input when a teacher is added to the state Board of Education in January. Gov. Lawrence J. Hogan Jr. (R) allowed a bill to become law without his signature this year that adds both a teacher and a parent to the board. He vetoed a similar bill last year.

Rose Li, a member of the state Board of Education from Montgomery County, who was appointed by Hogan, said she opposed that bill because of concerns it would admit a representative of a lobbying group, rather than an independent voice, to the school board. That could set a precedent, inspiring other groups to lobby while having a member on the board. 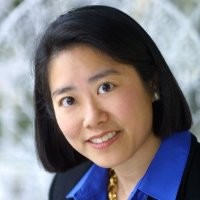 Rose Li, a member of the state Board of Education.

“Members of the board should represent students,” Li said.

Teacher activism has been growing in the past few years in the state, said Cheryl Bost, president of the Maryland State Education Association, the teachers’ union. Two years ago, about 500 teachers attended the union’s “March to Protect Our Schools” in Annapolis during the legislative session. In the spring of 2018, 1,500 teachers attended a “Fix the Fund” march. This spring, an estimated 8,500 teachers, administrators, and other educators attended the “March for Our Schools” in Annapolis, Bost said.

In Harford County, about half of the county’s 2,850 teachers – some 1,500 people – were “actively engaged, many for the first time” this year, when county officials proposed eliminating 153 teaching positions, said Chrystie Crawford-Smick, president of the Harford County Education Association. More than 500 teachers wrote letters via a mass emailer organized by the union, and hundreds rallied to demand more funding for the schools, she said.

“Last year, I would’ve never imagined I’d be standing in the back of a pickup truck with a bullhorn, looking over a diverse group of people all in red – about 700 people – teachers, administrators, parents,” said Crawford-Smick, who has been teaching for 18 years. “We’ve never had anything like that.”

In Carroll County, one of the most conservative jurisdictions in the state, close to 100 teachers continuously packed school board meetings all winter and spring during tense contract negotiations, said Erin Yeagley, a union employee speaking on behalf of the Carroll County Education Association. “We’ve had those numbers [at one meeting] in the past, just not over and over again,” she said.

Parents have joined many of the campaigns, attending meetings and rallies side-by-side with their children’s teachers.

“It is empowering to see so many students, parents, community members, and school system employees speaking out in support of education,” said Aletha “Renee” DeBiase, president of the Harford County Council of PTAs. DeBiase, the mother of four Harford County Public School students, said she hasn’t heard any reaction – positive or negative – from parents about increased teacher activism.

“When I sat in BOE [Board of Education] and county council meetings, I saw the community – teachers, staff, students (former and current), parents, and others – coming together for a common cause: education,” she said.

Teachers have a constitutional right to be politically active, but they need to keep it separate from their teaching, said Li of the state Board of Education.

“Teachers are citizens and have every right to advocate for their beliefs,” Li said, noting that she was speaking for herself and not the board. “Teachers should be teaching kids to think for themselves, and it can be a conflict of interest if they’re advocating for a position in the classroom.”

Nationally, teacher activism has increased largely in states in the Midwest and South where education budgets have been slashed and teachers are fed up, said Campbell F. Scribner, an education historian and assistant professor at the University of Maryland-College Park’s College of Education. It’s different in Maryland, where unions have long been strong and state education policy is at an “inflection point,” with the Kirwan Commission recommending many changes, he said.

“Teachers are trying to make sure their voices are heard,” Scribner said. “It’s not a radical change from the past, but an opportunity to stake a position.”

Some increased activism may be attributable to what Scribner termed “the Trump phenomenon” of people marching and protesting, and there is also a “feminist piece” to it, he said. Women are “demanding their rights and pay, they’re demanding their place in the middle class,” he said.

Bost said Maryland teachers are fed up, too – about the lack of control they have over their own classrooms. A 2018 study on “Understanding Teacher Shortages” by the Learning Policy Institute, a non-partisan non-profit organization, found that Maryland teachers ranked 48th out of 50 states for teacher working conditions, above just Indiana and Rhode Island. The state scored especially low on classroom autonomy and administrative support.

“Folks see the Kirwan Commission as a once-in-a-generation time, as a great opportunity” Bost said. “At the same time, it’s an untenable situation in our schools. Daily I hear complaints from teachers that class sizes are too big, that kindergartners are coming in with mental health issues and trauma. There’s got to be a point where we say, enough is enough.”

Heintz, the 4th grade teacher, has worked on campaigns for “education-friendly” candidates, and discusses educational issues via email and in person with her own local legislators. She has given testimony to the Anne Arundel County Board of Education about teacher salaries and pay inequities, testified before the Kirwan Commission about class sizes, and gave a speech at the March for Our Lives in Annapolis this year arguing that teachers should not be armed.

Heintz was surprised to find video of her speech circulating on Facebook and on the local news, she said. She was nervous about how parents might react and what her principal might say about the attention.

“But I got such positive overwhelming feedback from parents and even from my administrators,” she said. “They were pleased that I was speaking up for our students.”

Although Heintz tries to keep her activism out of her classroom, her students are aware of it because they’ve seen her speech on social media, she said. While she’ll tell students that she’s met with a local legislator as part of a lesson on government, she won’t say what they discussed.

Heintz said politicians are eager to hear from her when they learn she’s a teacher, adding, “If teachers are willing to speak up, they’re going to be heard.”

Lisa Nevans Locke is a freelance writer who has covered education, local and federal government, and other issues in the region for more than 25 years. She has written for The Washington Times, Bethesda Magazine, Scholastic.com, The74million.org and the now-extinct Montgomery Journal, and she teaches writing at Montgomery College.

She can be reached at [email protected]

All posts by Lisa Nevans Locke