Sometimes we are presented with a unique opportunity to significantly improve commerce in Maryland while also addressing real social and environmental challenges. Such is the case with the recently passed Clean Energy Jobs Act of 2019, which currently sits on Gov. Larry Hogan’s desk for his consideration.

The act authorizes an additional 1,200 megawatts of offshore wind-generated electricity capacity in our state to be installed by 2030. Not only will this help establish us as a leader in clean, renewable energy, but it will create a significant amount of economic activity. These megawatts will be in addition to two offshore wind projects previously approved by the Maryland Public Service Commission in 2017, which will jointly generate 368 megawatts of renewable energy generation capacity.

Our company, Sage Policy Group of Baltimore, recently had an opportunity to study the economic implications of the act on behalf of the BlueGreen Alliance, a coalition of organized labor and environmental organizations. Based on our modeling, we estimate that construction associated with the provision of 1,200 additional megawatts of offshore wind capacity in Maryland will support an estimated 25,000 jobs over the installation period, where a job is defined as one position lasting for one year.

These jobs will be associated with more than $1.5 billion in associated worker and business owner income. They are highly technical in nature and accordingly will support substantial wages. Construction-related activity will augment state-level tax collections by approximately $85 million and local level tax collections in Maryland will be augmented by approximately $55 million.

Once installed, operations of the offshore wind facilities will support nearly 1,500 permanent jobs in our state. These will be largely technical positions involving equipment maintenance and monitoring. Directly supported positions will be associated with more than $90,000 in annual worker compensation per job.

There is one other source of impact to consider, and that’s the potentially massive impact on our state’s manufacturing sector, including at Tradepoint Atlantic in Baltimore County and other locations. The two initial offshore wind projects that have already garnered approval are required to source 19 percent and 34 percent of construction-related expenditures in state, respectively. This means that Maryland businesses will have new opportunities to expand — creating good-paying jobs along the way. 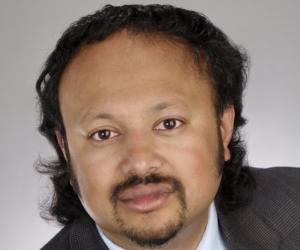 However, there is considerable competition for leadership status along the East Coast, with Connecticut, Massachusetts, Virginia, Rhode Island, New York and New Jersey each supporting offshore wind development to varying degrees. This is why many who have researched the issue believed that our state’s legislature needed to pass the Clean Energy Jobs Act expeditiously.

The U.S. Department of Energy projects that as much as 79 percent of major construction expenditures could be sourced from within the mid-Atlantic by 2030. The degree to which those expenditures can be sourced in Maryland is largely contingent on the state’s uninterrupted support for the industry, especially those 1,200 megawatts of additional offshore wind electricity-generating capacity authorized by the Clean Energy Jobs Act of 2019.

Some will argue that requiring utilities to purchase renewable energy in such large quantities will result in higher prices.

The truth is that the Clean Energy Jobs Act mandates that ratepayers not pay more than 88 cents per month for new offshore wind development or more than $1.50 per month for all renewable energy development combined. Critics also fail to account for the substantial return on investment associated with clean energy expansion. We estimate that every $1 of cost associated with new offshore wind development in Maryland will generate approximately $11 in positive economic development return.

All of this means that Maryland can do well by doing good. Passage of the Clean Energy Jobs Act supplies Marylanders with bragging rights regarding environmental stewardship. But over time, the act also will be associated with more jobs, higher incomes, and enhanced economic and fiscal sustainability.

These are precisely the reasons Gov. Hogan can sign the bill with confidence knowing that Maryland workers and small businesses will be big winners in the end.

The writer is chairman and CEO of Sage Policy Group Inc., an economic research firm in Baltimore and serves as chairman of the Maryland Economic Development Commission.