In a bid to calm the furor over ethics concerns that have rocked the University of Maryland Medical System, the institution’s board of directors asked its longtime leader to take a “temporary” leave of absence on Thursday.

The move came as the House of Delegates voted unanimously to begin consideration of newly-drafted legislation that would force stricter ethics requirements on the system.

The flurry of activity came amid allegations of self-dealing that surfaced last week when The Baltimore Sun reported that nearly a third of the system’s board has financial relationships with the sprawling network of hospitals.

In asking President and CEO Robert A. Chrencik to depart – at least temporarily – board Chairman Stephen A. Burch said in a statement, “Over the past week, I’ve had the proper time to listen to concerns and reflect. The Board and I are firmly committed to evolving our governance principles and operating with even more transparency.”

According to Miller, Hogan “had very harsh words for the board” during the meeting.

“I was direct and forceful. [UMMS officials] were doing more listening than talking,” he said.

John Ashworth, senior vice president of network development for UMMS, will act as interim president and CEO, the board said in a statement.

“There are a number of troubling allegations regarding self-dealing among members of the board,” Kipke told his colleagues.

“The allegations in my opinion are really troubling, potentially despicable and just outright rotten.”

The measure, HB 1478, would prohibit sole-source procurement, a frequently abused process that critics say allows for service contracts and consulting gigs to be wired to well-placed cronies.

In a bid to stem the perception that board members were benefiting financially from their supposedly volunteer service, Busch’s proposal would prohibit a member of the board “from intentionally using the prestige of office for private gain or the gain of another.” 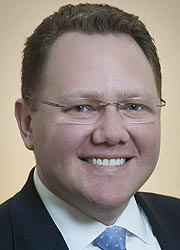 In addition, the bill requires the system to hire a qualified outside auditor “to evaluate the efficiency and effectiveness of the financial management practices, including procurement and contracting processes” by May 15.

The auditor’s final report would then be sent to the governor and legislative leaders by the end of the year.

— require that board members be nominated by the governor and confirmed by the Senate;

— provide for the governor (or his/her designee) to serve on the board;

— give the legislature’s presiding officers the opportunity to choose a board member; and

— shrink the board from the current 30 members to no more than 25.

Busch, an UMMS board member since 2003, was at a medical appointment on Wednesday and missed the meeting with Hogan and Miller, but Miller said “he feels let down” by the system’s leaders.

“He wants to make certain that there is some new blood on the board. And he wants to make sure there’s an outside audit that evaluates what the board has done and also answers in terms of ‘how does something like this happen on a nonprofit board?’”

Because the deadline for introducing new legislation has passed, the House had to vote on a special motion to allow Busch’s bill to be considered. It passed 136-0, and the measure was referred to the Health and Government Operations Committee.

Even though the legislature adjourns April 8, Miller said the UMMS reform measure will follow the normal process.

“And I’m positive that a bill will pass and it will be objective and the public will be satisfied with what we’ve done.”

As he stood to speak at the close of Thursday’s floor session, Kipke acknowledged the novelty of the moment.

“This is sort of an unprecedented move for the minority party to be in this position, but I stand in sincere solidarity with the speaker.”

“He too.. [has] just a feeling of shock at what we’ve learned. We’re shocked and outraged by these revelations.”

The medical system scandal was touched off by a Sun report that published the day the Senate Finance Committee heard testimony on an UMMS ethics bill sponsored by Sen. Jill P. Carter (D-Baltimore City).

Her measure and the speaker’s may be merged into a single bill.

“The two great problems are the secrecy with which business was conducted and also.. that this was about self-dealing,” Carter said in an interview.

“The speaker’s move, with using the minority leader, was brilliant,” Carter said, “because it staved off any knee-jerk opposition.”

Chrencik, the soon-to-depart CEO, pushed back against Carter’s proposal the day she testified on its behalf. He told reporters that a conflict of interest prohibition would harm the system’s ability to get business leaders to serve on the board.

After meeting with Hogan and Miller on Wednesday, Burch, the board chairman, appeared to distance himself from that view.

“There is nothing more important than the trust of those that depend upon the Board’s leadership,” he said in Thursday’s statement.

Chrencik’s ties to the medical system date back to the mid-1980s.

His leave of absence begins on Monday. Although it is described as temporary, he is not expected to return.

This week, several prominent state leaders called for an independent audit of the UMMS board.

Miller said whoever conducts the audit will have a lot of questions to answer.

“There are certain standards that everyone knows about in terms of transparency that were obviously not followed,” he told reporters.

As for procurement reform, Miller said “there needs to be a bidding process.. for any time when there are other people who have a similar product that they can offer something at a lower price.”

He said Burch has issued “an edict” on any new contracts involving firms with current ties to the board.