U.S. Rep. Elijah E. Cummings has emerged as one of the Trump administration’s most formidable foes since taking the gavel of the powerful House Oversight and Reform committee this year.

Working behind the scenes to help orchestrate the Maryland Democrat’s investigative onslaught are more than 60 committee staffers, many of whom are just-hired attorneys brought on to scrutinize President Trump and his appointees.

“The staff is absolutely indispensable for effective investigation. They have to do the nuts and bolts of the document review, interviewing witnesses, pursuing leads, running them down,” said Phil Barnett, who worked for then-Rep. Henry Waxman (D-Calif.) as staff director of the House Oversight and Government Reform and Energy and Commerce committees. 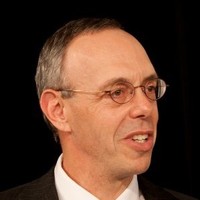 The House majority brings perks for committee leaders. In addition to wielding subpoena power and setting the agenda, the majority status means bigger staffs and roomier offices. The Oversight Committee has a total of 79 staff slots for Democrats (committee Republicans have only 39 staff slots), according to a committee aide.

Committee Democrats have beefed up their staff to about 65 people, the aide said — fewer than the allowed 79, due to budget constraints. About half of the current staff are investigators. They include longtime Cummings aides in addition to a raft of newcomers, including hires from the private sector and across Capitol Hill.

The panel has already been busy since Democrats took over. It hosted Trump’s former attorney, Michael Cohen, last month for a heated hearing that turned into a political spectacle. The committee also voted last month to subpoena Trump administration officials over family separations along the southern U.S. border. And House Democrats are just getting started.

Barnett said the situation is similar to 2007, when House Democrats took control of the chamber near the end of the George W. Bush administration.

“I think you can definitely compare it to the situation we were in in 2007, when Waxman became the chairman of the Oversight Committee, except it’s sort of on steroids,” Barnett said. “We thought things were really bad and there was lots to investigate, but there’s just so much more to look at [now].”

Cummings’ staff director, Dave Rapallo, worked for Waxman then as chief investigative counsel. Rapallo went on to be general counsel on the Energy and Commerce Committee before working on the National Security Council in the Obama White House. He returned to the House to be Cummings’ staff director on the Oversight Committee as then-Rep. Darrell Issa (R-Calif.) assumed the chairmanship.

Rapallo is “incredibly sharp. He’s a very smart lawyer, but he also has an incredible political sense, which I think makes him just a very, very effective oversight staff director,” said Greg Dotson, who also worked for Waxman on the Oversight and Energy and Commerce committees.

Kurt Bardella, who worked for Issa on the Oversight committee, called Rapallo a battle-tested staffer who understands the politics at play.

“His experience comes during very tumultuous times where conflict was running high between the committee and the administration,” Bardella said.

Cummings hired back one of his former staffers to be chief investigative counsel late last year.

Peter Kenny, who worked for Cummings from 2014 until 2017, went to work for the Senate Homeland Security and Governmental Affairs Committee before returning to the House Oversight Committee in December.

Janet Kim, the committee’s chief counsel for investigations, was promoted in January from her former role of investigative counsel.

Cummings has filled some of his new staff slots with attorneys from private practice. 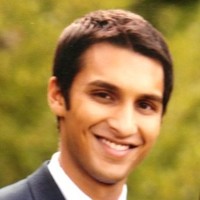 Former committee aides say it’s helpful that Cummings and his staffers have worked on the committee in both the majority and the minority.

“That gives him an incredible advantage,” Dotson said. “There’s a phase when a chamber of Congress changes hands where both the staff and the members have to appreciate their new roles and the new tools they have and how to use them. And for a brief period of time, the minority members have more understanding of the mechanisms at play.”

It’s also helpful to hire a diverse mix of staffers as investigations get under way, the former aides said.

Back in 2007 and 2008, when House Democrats were investigating Bush, “routinely you would receive 30,000 pages of documents in regard to an inquiry and you would have to figure out how to make sense of them,” Dotson said. “Learning all the details of how you handle that is something that private sector law firms were quite familiar with.”

Barnett said it helps to have staff with experience representing people who have been investigated, so the committee has a perspective of how parties receiving document requests might act. It’s also useful to have staffers with backgrounds in criminal prosecution, data analysis and technical analysis, he said.

“There’s nothing else that I’m aware of that’s like a congressional investigation.”