How, in this day and age, with anyone who even remotely follows politics on high alert for any sign of racial prejudice, did a white lawmaker’s use of the N-word go unpublicized for a month? And why?

Now, word of Del. Mary Ann Lisanti’s after-hours use of a racial epithet during a gathering of colleagues and lobbyists at an Annapolis cigar bar is roiling the State House [see related story]. Lisanti, a Harford County Democrat, is being condemned by her colleagues; she has been stripped of her subcommittee chairmanship and faces calls in some quarters to resign.

At a minimum, Lisanti will have to undergo sensitivity training, and will walk around town with the equivalent of a Scarlet Letter on her chest. Once more, with feeling: Sensitivity training for a lawmaker who has crossed the boundaries of acceptable behavior.

The real question is, why was the cone of silence lowered so emphatically in the immediate aftermath of Lisanti’s offensive and ill-advised remarks? And what does that say about the culture in the Maryland General Assembly?

Kudos to Ovetta Wiggins of The Washington Post for breaking the story. I first heard about the incident about a month ago. I chased down one of the purported witnesses and asked him about it. I also talked to two senior members of the Legislative Black Caucus and two officials intimately familiar with the legislative ethics process, and hit a brick wall. I moved on to other worries and to other stories. Clearly, I shouldn’t have.

Some of the participants are now saying that they treated Lisanti’s epithet as a locker room infraction, something to be dealt with “inside the family.” Didn’t anybody think this news was going to get out eventually – especially just as word of high-ranking Virginia officials dressing in blackface was attracting national headlines? Wouldn’t the General Assembly have been better served by a quick and surgical reckoning over Lisanti’s transgressions instead of action being taken a month later, and only after the Post revealed the tawdry details?

And ask yourself this: Would the Democrats who control the General Assembly, would the members of the black caucus, have been so slow to call for action if the racial epithet had been hurled by a Republican?

A Democrat who is able to routinely win in conservative Harford County is a valuable commodity in Annapolis. And service on the House Economic Matters Committee also brings a certain cachet. Without being in the top echelon of leadership or a committee chairman, Lisanti was as close to a “made woman” as you can find in the legislature.

So she’ll get her training – just as Del. Curtis S. Anderson (D-Baltimore City), condemned for documented cases of sexual harassment and abuse, got his. He continues to serve, diminished but still there, a sorry reminder in this era of woke politics, of #MeToo, that legislators only seem willing to go so far when it comes to disciplining one of their own.

Will Lisanti survive? How analogous is this to Virginia Gov. Ralph Northam (D) and Virginia Attorney General Mark Herring (D), whose racist transgressions date back more than 30 years? That doesn’t excuse what they did, but there’s a huge difference between 30 years ago and 30 days ago. Of course, there’s also a difference between being the leader of a commonwealth and a legislator from a rural subdistrict. 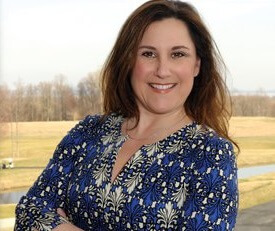 Yet with smaller political territory to defend, Lisanti may face greater peril. Whatever reprobation she gets from her leaders and colleagues in the House, her ultimate fate may lie with her constituents. Yes, Harford County is largely rural and conservative. But African-Americans make up a significant portion of the local Democratic constituency, and she owes a lot to their support.

No matter how you slice it, this is another embarrassing episode for the General Assembly, and begs the question of where the strategic and decisive leaders in the State House are. And a year after the cringe-worthy incident in which state Sen. Cheryl C. Kagan (D-Montgomery) accused lobbyist Gilbert J. Genn of inappropriately brushing his hand over her backside at an Annapolis karaoke night, it serves as another reminder that lawmaking and bar hopping rarely mix.