A state senator or delegate shouldn’t be allowed to hold a position in local government while serving in the Maryland General Assembly. One job at a time with the state or any of its political subdivisions is enough.

Trying to serve two masters invariably results in conflicts of interest; sometimes in just plain old conflicts. The former situation is illustrated by the dual careers of Speaker of the House of Delegates Michael Busch. The latter by the recent comments of state Sen. Jill Carter.

Mr.  Busch retired this month from his position in the Anne Arundel County Department of Recreation and Parks. He began working there 41 years ago, long before his election to the General Assembly in 1987.

I emphasize that, although some members of the General Assembly use their positions to find sinecures in local governments, that was not the case with Mr. Busch. He was hired on merit and served the county with distinction. I helped him when he established “coaches’ clinics” for volunteer coaches in the county’s extensive youth sports programs. No county employee was easier to get along with than Mr. Busch, and he excelled at working with volunteer organizations.

Especially after Mr. Busch was elected speaker in 2003, however, questions arose about how much time Mr. Busch spent performing his duties for the state when he was supposed to working for the county. Long-time Capital Gazette sports reporter Bill Wagner noted that “it was said that you were better off calling the State House if you needed to reach Busch” on Recreation and Parks business. 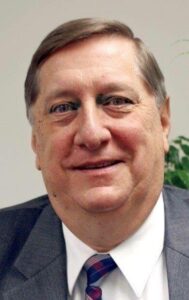 Rick Anthony is Anne Arundel County’s current Director of Recreation and Parks. His observations upon the retirement of his nominal subordinate were remarkably candid:

“Politically, you sometimes hear people asking if Mike is at work every day. Well, let me tell you something, what Mike has meant to this department is worth more than 10 full-time people because he absolutely has been able to bring home the bacon,” Anthony said. “Just his connections statewide are invaluable.”

Therein lies the rub. Mr. Busch was elected to represent the citizens of District 30A, not the interests of the county Department of Recreation and Parks. And he was paid $137,000 to be the county’s full-time recreation administrator.

As for bringing home the bacon, it is worth noting that bacon is in limited supply. All 12 public high schools in Anne Arundel County have turf fields, thanks in part to state funding that Mr. Busch helped secure.  Other counties probably envy Anne Arundel County for its turf fields. If so, I guess the answer for them is to get one of their own employees elected speaker.

In January 2017, Ms. Carter, at the time a former state delegate, was appointed Director of Civil Rights and Wage Enforcement for the City of Baltimore. In April 2018, she was appointed by Gov. Larry Hogan to complete the unexpired term of former state Sen. Nathaniel Oaks, and she won election to a full four-year term in November.

Unlike Mr. Bush’s position with Anne Arundel County, Ms. Carter’s position with the city was not subject to a merit system hiring process. With some exceptions, the Maryland Public Ethics Law precludes members of the General Assembly from receiving compensation for positions with political subdivisions of the state not in the merit systems of those political subdivisions. The state constitution categorically precludes senators or delegates from holding any elected or appointed “office of profit or trust” with a city or county.

Although Ms. Carter later stated that she did not agree with the decision by City Solicitor Andre Davis that she could not continue to serve as civil rights director for the city while serving as a state senator, she relinquished her position as director. She took a demotion to deputy director. Then things really got nasty.

Mr. Davis became involved in major dust-up with the city’s Civilian Review Board, a pet program of Ms. Carter that receives administrative support from the Office of Civil Rights. The controversy was over the attempt by Mr. Davis to place conditions on access by the board to police disciplinary files. The board, created by state law, has certain oversight responsibilities for discipline within the Baltimore Police Department (BPD). Ms. Carter sided with the board.

Ms. Carter took to Twitter, accusing Mr. Davis of hurting people and causing havoc. She described him as “outrageous, unethical & unprofessional.” She also called him a “narcissistic tyrant.”

Here is the problem with what looks like the behavior of a disgruntled employee: Ms. Carter will be a member of the Senate Judicial Proceedings Committee when the General Assembly convenes in January. Mr. Davis is the city’s principal liaison with the team monitoring compliance by the BPD with the consent decree between the city and the United States Department of Justice.

The two must work together on one of the most pressing issues facing the city, the state legislative reforms that will be required to comply with the consent decree. Those reforms will go before the Senate Judicial Proceedings Committee.

It is absolutely essential that the senators and delegates from the city work as a team with city officials to come up with an agreed-upon list of reforms. The last time that I checked, calling someone a “narcissistic tyrant” is not one of the suggestions in the team-building handbook.

Allowing state legislators to work as employees of local governments serves no important public purpose. The practice increases the potential not only for conflicts of interest but also for garden-variety interpersonal conflicts, neither of which benefits the citizens that state legislators are elected to represent.

The writer is a former county attorney in Anne Arundel County.  He can be reached at [email protected] Twitter: @dplymyer