Change Maryland focused on taxes and the economy, using Facebook to collect tens of thousands of names and email addresses of disgruntled Marylanders — Democrats and independents as well as Republicans. The advocacy group essentially morphed into Hogan’s campaign organization, propelling the Republican to improbable victory in the 2014 gubernatorial election.

Change Maryland as an entity continues to exist, and is moving in different directions as Hogan ponders a future in national GOP politics. But the strategist who helped Hogan stand up and run Change Maryland, led his 2014 campaign, and served in his administration is setting up an advocacy group of his own, tailor-made for the era of new Gov. Wes Moore (D).

The strategist, Steve Crim, will announce this week that he is launching a group called Common Sense Maryland.

“This is a continuation of my decades-long effort to really make Maryland a better place to live,” Crim said in an interview.

Common Sense Maryland is being set up as a 501c4 organization, as Change Maryland was, meaning it can raise money and advocate on broad issues but cannot support political candidates or lobby on specific legislation.

Some of the language on Common Sense Maryland’s modest website is reminiscent of Change Maryland’s rhetoric, with an emphasis on keeping taxes low, lifting regulations that impact small businesses, and zeroing in on violent crime in Baltimore City and other vulnerable communities — along with pleas to resist partisanship.

But there’s one substantial difference between the new organization and the previous one: Whereas Change Maryland focused significantly on the shortcomings of the O’Malley administration, Crim believes the new governor can be an ally and a unifying figure.

“With the new administration, I’m super-excited about the opportunities,” he said. “With Gov. Moore, I don’t think Gov. Hogan could have a better Democratic successor. I think that Moore is someone who is an out-of-the-box thinker. I think he’s going to challenge the institutions. And I think he’s going to need support in that effort. He’s going to find he needs support from mainstream Marylanders.” 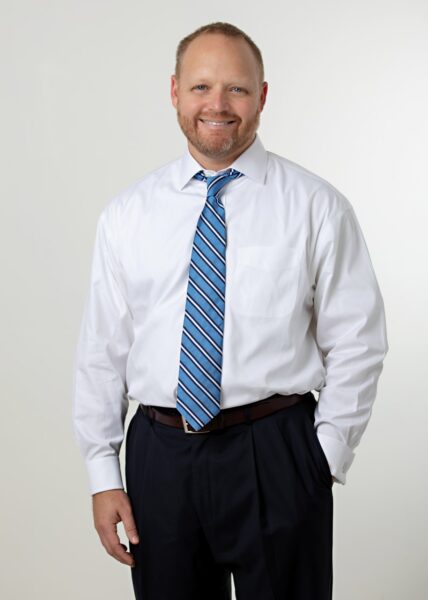 Crim has been an operative in Maryland politics for two decades, mostly working for Republicans here and around the country, though his clients occasionally have included independent candidates — among them Neil Simon, a businessman who ran a well-funded but doomed campaign for U.S. Senate in Maryland in 2018. He and Hogan began meeting to discuss putting together an organization like Change Maryland as far back as 2009.

Crim understands the political realities in Maryland, and acknowledges that with Democratic super-majorities in both chambers of the General Assembly, Moore will have to resist embracing certain left-wing policy prescriptions — especially with progressives chomping at the bit after eight years of Hogan.

“We want him to know that there’s support out there from the vast majority of Marylanders who are more moderate,” Crim said. “I don’t want to be in a hostile position with Gov. Moore at all. We want him to say, ‘Hey, there’s going to be a group out there that’s going to be vocal on common-sense issues.’ We can be a tool to bring real change to Maryland and to continue to be change agents in this state.”

Crim said the fact that Moore will be working with a supportive legislature could be an asset, inasmuch as lawmakers will no longer reflexively oppose good ideas just because they came for a governor from the opposing party. So he’s optimistic, for example, about the new governor’s determination to do something about crime in Baltimore.

“Now there’s no partisan politics that are going to get in the way,” he said.

Crim plans to spend the next several weeks spreading the word about Common Sense Maryland and attracting supporters and allies to work with. He does not plan to raise money in the foreseeable future, though that day will inevitably come.

“I think success is when we become a respected voice in Maryland and we’re able to accomplish real change and see common-sense solutions being implemented,” Crim said. “I think success long term looks like a safer Baltimore, [wider] economic prosperity, and really all the things that were laid out in Gov. Moore’s [inaugural] speech. I think it was a great speech and he comes in with very high expectations.”

Crim said he recognizes that progress “will be incremental.”

Crim said he met Moore a few times on the campaign trail and eventually hopes to chat with the new governor about Common Sense Maryland.

“He’s busy, I understand that,” Crim said. “I’ve been in that position, eight years ago. You have more meetings than you have hours in the day.”

Crim said he hasn’t talked to Hogan about Common Sense Maryland yet and hasn’t talked to his former boss about the ex-governor’s possible political future. Hogan has publicly said he’s considering a White House run in 2024, but there’s some skepticism about whether his middle-of-the-road approach will appeal to a party that is still largely in thrall to former President Trump.

As a longtime Republican strategist, Crim said he sees many of the GOP’s problems as “self-inflicted,” including in Maryland. But he asserted that “the Republican brand” has been unpopular for a long time — which was one of the reasons why he and Hogan wanted to create an organization like Change Maryland, independent of the party apparatus.

Crim concedes that there may be some skepticism about his motives and tactics, especially among Democrats, and says he’s working in the early days of Common Sense Maryland to assuage any fears: “We are not a hit squad,” he said.