A poll commissioned by former Rep. Donna Edwards found that her attempt at a comeback is resonating with voters in the 4th congressional district.

When voters who declined to express an initial preference were asked if they are “leaning” toward any of the candidates, Edwards’ support grew to 21 points — 45% to 24%. The number of undecideds remained high — 27% — even after the second asking.

The former congresswoman is “strongly positioned for a win,” pollster Celinda Lake wrote in a memo on the survey. 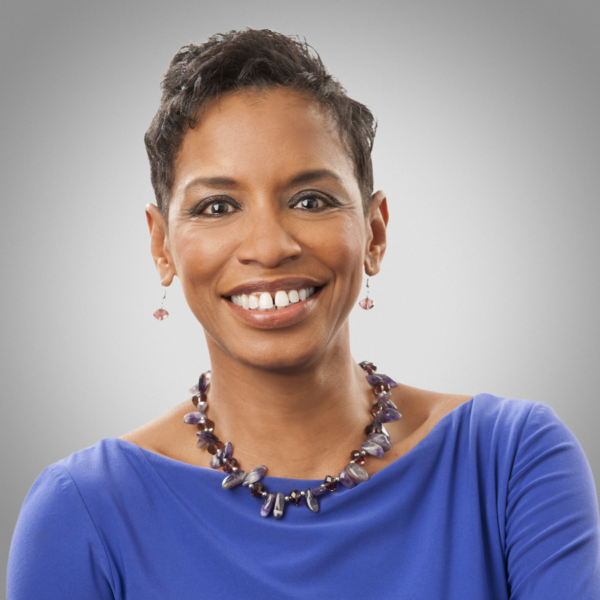 “Edwards’ strength of support in the district is not only intense, but also remarkably broad-based,” she added. “Edwards leads Ivey and Angel among every subgroup in the data, including women and men, black and white voters, younger and older voters, non-college educated and college educated voters, and as well as regionally in every part of the district.”

The Ivey campaigned said the poll is not reflective of the race.

“This poll is an outlier,” spokesman Ramon Korionoff said. “Most voters aren’t tuned in yet and many are undecided. This is a dynamic race we are poised to win. As we head into Election Day, we are confident our message and momentum will take us to victory.”

Ivey is clearly hoping voters will start to tune in soon: He launched a TV and radio ad campaign Thursday, backed by what his campaign called “a substantial six-figure buy.” The ad touches on voters’ fear about rising crime.

“Every time your kid leaves the house, you worry,” Ivey says in the ad. “Gun violence is out of control.”

Ivey goes on to tout his eight years as state’s attorney, “working with President Obama’s Justice Department to tackle crime.” He promises if elected to Congress “to tackle the root causes of crime.”

Edwards declined to provide the full results of her survey, which tested potential messaging the campaign may use during the final two months of the campaign. The Ivey camp declined to release its polling.

Although the public tends to view campaign-funded polls with skepticism, candidates frequently release their surveys to tamp down their opponents’ fundraising.

Lake polled approximately 400 likely voters — 247 women and 152 men, a breakdown the campaign said mirrors the electorate. Lake Research Partners was in the field April 28-May 4. The margin of error was 4.9 points.

Redistricting has scrambled a good bit of the legislative map in Baltimore County, and new alliances are forming as a result.

This week, Del. Kathy Szeliga (R-Baltimore County) announced that she’s running on a ticket in the July 19 Republican primary with Ryan Nawrocki, a small business owner and former Ehrlich administration official, in District 7A. By doing so, she is turning her back on another Republican incumbent who has been drawn into the district, Del. Joseph C. Boteler III, and Steve Redmer, a firefighter.

Szeliga, the former House minority whip who is seeking a fourth term, and Nawrocki issued a news release with supportive quotes from the district’s senator, J.B. Jennings (R), and Baltimore County Councilmember David Marks (R), whose district overlaps with part of District 7A. But they were not endorsements.

Under the old legislative map, District 7 was a conservative stronghold taking in part of Baltimore County and part of Harford County and elected three delegates district-wide. But under the new boundaries, the district has been chopped into District 7A in Baltimore County, which will send two delegates to the State House, and District 7B, which will elect one Harford County-based delegate.

“Citizens in Baltimore County deserve strong and proven leadership. Ryan Nawrocki and I are running together to deliver solid conservative representation in Annapolis,” Szeliga said in a statement.

Boteler has served four non-consecutive terms representing District 8 in Baltimore County but he’s been moved into more conservative territory in District 7A through redistricting. However, he could find himself the odd man out with the new Szeliga-Nawrocki alliance. Nowicki ran unsuccessfully for the Baltimore County Council four years ago, taking 46% of the vote in a contest against incumbent Councilmember Cathy Bevins (D).

Meanwhile in District 7B, there are five GOP candidates into including two incumbents competing for one seat: Del. Lauren C. Arikan and Del. Richard K. Impallaria. Also running are Russ English Jr., who finished far out of the money in the 12-candidate Republican primary in District 7 four years ago; Nicholas Gladden, who tried to unseat U.S. Rep. Jamie B. Raskin (D) in 2020; and Rocky Wagonhurst, a former TV news personality and executive who has become a media consultant and philanthropist.

Blair on the air

Businessman David T. Blair hit the airwaves this week in his second bid for Montgomery County executive. Blair’s ad, which will air heavily on cable stations, seeks to remind voters that he ran for county executive four years ago, with The Washington Post’s endorsement, and finished just 77 votes out of the running in the Democratic primary.

In the ad, Blair quickly pivots to the work he’s done in the community since his last election to his central argument in the campaign, which is that while the county is a great place to live, it isn’t fulfilling its potential.

“I took my experience as an entrepreneur and job creator and worked with community groups to combat poverty and lift our residents up,” Blair says in the ad. “Now, as we recover from COVID, we need a fresh start. Let’s make the county more affordable, take on vandalism and crime, and raise up all of our schools.”

Blair is seeking the job in the Democratic primary against incumbent Marc B. Elrich, who defeated Blair in that primary four years ago, County Councilmember Hans Riemer, and Peter James, who works in the tech industry.

James this week raised objections when he was disinvited from appearing on “The Politics Hour” on WAMU radio. The public radio station has invited Elrich, Blair and Riemer to appear on successive weeks and initially invited James. But the station, according to correspondence supplied by the James campaign to Maryland Matters, concluded that it did not have enough air time to feature the longshot candidate.