The writer was the Democratic nominee for lieutenant governor in 2018.

After reading Josh Kurtz’ “Analysis: The Goldberg Goldman Fallout and the Rocky Shoals of Race for Md. Democrats,” I felt a combination of emotions. I actually started to cry. My husband looked at me and said, “PTSD?” We’ve been married 45 years, and he’s been a constant partner in all politics with me. He knew exactly what was bothering me.

He knew that I was processing and examining the results of the campaign that I poured my heart into. He knew that I was thinking about the conversations I had in 2018 in parking lots and in auditoriums and at events across Maryland with powerful elected officials — men I had campaigned for and with for decades telling me, “Ben can’t win.” We both remember how deflating those conversations were and how infuriating they were, too.

Although I am still processing the lessons from 2018, an unmistakable one to me is the lack of support Ben Jealous and I received from so many elected leaders in our party who proudly describe our party as “One Maryland.”

After we overwhelmingly won our primary and were the Democratic nominees, some officeholders attended our events and shepherded us around their neighborhoods. They were terrific and supportive in numerous ways. Kathleen Matthews, the state party chair at the time, was especially tireless. But everyone will remember how other key leaders had “scheduling conflicts” that made them ghosts, and they were uncharacteristically MIA over the entire campaign season.

Some of these men (and don’t be surprised — they were all men) were repeating the silly Republican trope that Ben was a Socialist and “too progressive” and then they went ahead and advocated for and adopted virtually all of our platform in the next legislative session.

But the conversations that bothered me as much were the “well meaning” ones when someone (always white) would come up to me after a forum and tell me that “he doesn’t smile enough.” Sound familiar? This micro-aggression directed at a 6-foot-4-inch Black man had legs. My response four years ago was to urge him to smile more. Looking back, I see that was never going to be enough.

But the worst comments I heard were the gossip that was circulated by people who were making it up from whole cloth and Ben’s reaction was, “Susie, Black men are accused of that all the time. We’ve seen it before in Maryland.” He knew with every fiber of his being how unfair that was. I was his witness.

This all has been swirling around my head. I now see how my reaction to these interactions was to concentrate on those symptoms like whack-a-mole. That is not enough. Unless you have been living on another planet or on a beach in a faraway land, the last two years have taught us that I should have been working harder on the “vaccine.” We must discover the antidote so that this insidious kind of thinking does not morph into another variant or become endemic. Racism has been a pandemic too long.

Unfortunately, the one other misplaced lesson that people could draw is that Black candidates cannot win in Maryland. That’s just not true. All you have to do is look at the diversity of our electorate and our elected leaders up and down the ballot across the state.

The other day, Ben said it best. “White men lose races all the time but no one ever ascribes that loss to their DNA.” He knew in his gut that this sentiment always confronts the Black person attempting to be “the first.”

Saying all this, don’t get me wrong, in 2018 of course some would say, “Hogan is unbeatable, this isn’t going to happen.” That wasn’t necessarily or always coded language.

Money, organization and message are the lifeline in any campaign.

Yet it is funny that these comments were the ones that really annoyed me the most. It gnawed at me. What were these “friends” and Democrats going to do to change that? Were they going to validate our campaign and appear with us, were they going to share their volunteers or donors with us? Nope, it turns out that most of them did nothing or worse. It honestly galls me that now I see some of them as candidates for governor in 2022 themselves.

Through all of 2018, people never looked at me and said flat out, “He’s a Black guy, he can’t win.” That in an email, it was a comment made as a way to advocate for another candidate was breathtaking. Seeing it really hit a raw nerve in me and many others. It cannot be ignored.

Of course, race affects electability, but we can never again let the notion that Black people can’t win become a self-fulfilling prophecy. That email was urging multiple people to give up on Black candidates. Think about it. The lesson was: we tried it and it didn’t work so GIVE UP AND GO WITH MY GUY. That is unacceptable and toxic.

And the issue isn’t that you shouldn’t “put it in writing.” The answer is you shouldn’t think it and, in this case, if your analysis leads you to urge people to support non-Black candidates because you think Black candidates can’t win, you have to work to fix that destructive path in you and everyone around you. 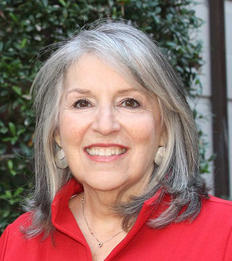 This should never be about one person or one comment in a single email. I have known Barbara Goldberg Goldman for more than 48 years. She has been a faithful volunteer in political campaigns and community engagement for decades. I can only imagine how last week’s experience has been sad and debilitating for her. To make her the sole focus of this discussion isn’t right either.

And the episode has made crystal clear once again that all of us who have ever let comments just pass by when they are just wrong have to stop that behavior in its tracks.

As the last decade has shown us, the need for anti-racist training is real. My own experiences along this line have inspired me to do my best to force myself to speak up more when people use any type of coded language and to call people out when it happens no matter who they are. We can’t let it just pass.

I respect the people who responded forcefully and without hesitation. But, at the same time others have just looked away not really wanting to face the situation head on and maybe get hit by a rebound. Someone should remind them — silence is sometimes deafeningly loud.

Yet, a part of me still remains worried though that candidates across Maryland are undoubtedly looking at the best angles for themselves instead of really turning a corner in their own behavior.

My purpose is to urge them and their supporters to reflect on how their actions in 2018 furthered the prophecy that a “Black man couldn’t win statewide” and to immediately check themselves and everyone around them and change their direction.

Today can be a turning point. And my ultimate question to all the candidates is how are you purporting to lead a state with the most diverse population on the East Coast if you sit on your hands now? How are you going to rise to this moment? Don’t just write a press statement about one person or one comment and move on. Show us how you lead.

I know that I am going to work hard to prove wrong this destructive prediction which prompted our self-reflection. I am confident we will bury it once and for all in votes across our state.

In 2018, one person looked at the destructive behavior around our campaign and across the country. He called it out repeatedly and took action. Elijah Cummings would often say, “We are better than this!” I heard him then and I hear him now. I hope he was right. He forcefully implored us to always lead with our values no matter how hard it is.

Let’s really be “One Maryland.” Let’s channel Elijah and have a real reckoning whenever we fall short and forever remember, “We’re better than this.”

The Democratic Attorneys General Association announced Tuesday that it was “thrilled” to endorse Rep. Anthony Brown to be the next attorney general for the…