The writer, a Democrat, is Prince George’s County executive.

Since I was sworn in as the eighth county executive for Prince George’s County over three years ago, I have had the privilege of making numerous appointments to help move our county forward. Among them; a fire chief, a police chief, a school CEO, a chief administrative officer, a chief information officer, and many more.

Each time I have sought a candidate to lead an agency or entity, I have kept one thing top of mind: choose the best qualified person for the position, who will do their level best for the residents of this county.

I kept that top of mind when I sought to replace the esteemed Elizabeth “Betty” Hewlett, who retired as chair of the Prince George’s County Planning Board of The Maryland-National Capital Park and Planning Commission (M-NCPPC), after more than 21 years of dedicated service. Chair Hewlett left an indelible impact on the landscape of our beautiful county, especially through her work on key policies and projects such as planning for the Purple Line, the new Capital Region Medical Center, the growth of several transit-oriented development sites, the rewrite of the County’s Zoning Ordinance and so much more.

I kept that top of mind when I selected Peter Shapiro to succeed her in the position, because the best is yet to come for Prince George’s, and Peter was the most qualified person to help lead us into the future. 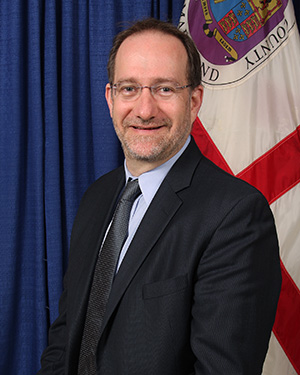 Peter has served as executive director of the Prince George’s Revenue Authority since 2013. During his tenure he has had a proven record of exceeding minority business participation goals, and he spearheaded the project to reimagine and revitalize the community surrounding Suitland Federal Center, a campus to thousands of federal government workers. He has worked to activate that area and provide amenities to the residents of that community, as well as the employees who work there and seldom leave the gates until it’s time to go home.

The Suitland revitalization he imagined includes the Creative Suitland Arts Center, a food hall, a partnership with Community of Hope AME Church to provide wraparound services to the community, and a mixed-use development that will bring retail, residential apartments and a grocery store to that community over the next two years.

While the Suitland revitalization project is one that is under development, you can also look to his past work on the Route 1 Corridor, one of the best examples of successful placemaking in Prince George’s County. Peter created the vision for and spearheaded the Gateway Arts District, a comprehensive public/private/non-profit revitalization effort resulting in over $500 million in new, high-quality investments. Peter brought together multiple partners in this effort, which has resulted in new restaurants, coffee houses, theaters, arts-related businesses, and public art installations along Route 1, to include Prince George’s County’s first food hall.

As we work to grow and develop in a smart way in Prince George’s, I have developed an economic development platform that includes historic investments along the Blue Line Metro Corridor, as well as other transit-oriented development sites across the county. We are looking to replicate some of the same successes along the Route 1 Corridor and Suitland Federal Center in multiple locations across the County, creating walkable, amenity-rich neighborhoods and investing in neighborhoods that have seen historic underinvestment for far too long. We need a Planning Board chair who can help us continue realizing this smart growth vision for Prince George’s, and after an extensive national search, I strongly believe that leader is Peter.

Peter also knows Prince George’s. He lived here initially for 20 years and dedicated his time to improving and developing the communities he was in. He served on the Brentwood Town Council from 1993 to 1995, and he subsequently served as a county councilmember and two-term chair from 1998 to 2004. When he met and married his wife in 2009, he moved to D.C. so that his bonus children would be closer to their school. However, he brought his talents and vision back to the county in 2013 and has been with the Revenue Authority since. As we work to reimagine Prince George’s and attract the amenities that Prince Georgians want and deserve, we are pleased that he has rented temporary housing in the county as he and his wife await the closing of their new home in Hyattsville next month.

Again, each time I have had the opportunity to appoint someone to an agency or entity, my goal has been to choose the best qualified person for the position, and this time is no different. Peter Shapiro already has a strong track record of success serving Prince Georgians, and I know he is the right person to help our county continue to grow and thrive for years to come.