The annual Committee for Montgomery legislative breakfast is a little like Christmas morning for hundreds of Maryland political players.

They get up early for the privilege of rubbing the sleep out of their eyes and crowding into a conference center lobby at 7 a.m., to gossip and schmooze.

The breakfast, which returns Friday after taking place online last year, is traditionally seen as the Montgomery County kickoff for the regular legislative session that begins in January. Several Montgomery County political leaders speak about their goals for the session, and then there’s some special program — this year, it’s a conversation with most of the candidates for governor.

But with all due respect to the event organizers, the schmooze is the real attraction. I’ve often thought it would be fun just to have a political event somewhere where people do nothing but schmooze, and the program be damned. I could probably even charge admission for this. 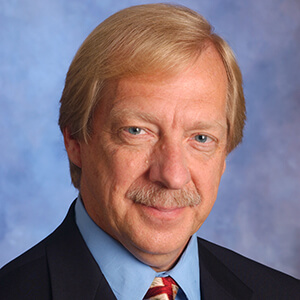 I bring this all up because the Committee for Montgomery breakfast was one of Keith Haller’s favorite annual events. Keith, as many of our readers know, was a co-founder of Maryland Matters, as well as a valued political, corporate, and civic strategist for an infinite number of candidates and causes in Maryland over the course of several decades.

Saturday marks the third anniversary of Keith’s untimely death, from prostate cancer. The proximity of that anniversary to the event that he cherished is profound and poetic.

Depending on the progress of the special session in Annapolis this week, I hope to be at the breakfast Friday, where I’ll be missing my old friend. And I know I won’t be alone.

What’s noteworthy about the Committee for Montgomery breakfast is how it brings together disparate elements of Maryland civic life. You have developers rubbing shoulders with environmentalists, business executives cracking jokes with labor leaders, teachers, political operatives and elected officials, all thrown into one big ballroom.

Keith loved the serendipity of not knowing who he was going to run into at the breakfast. But then, Keith really enjoyed bringing disparate people together. This event will never be the same without Keith.

I’ve written in past years about the role he played in getting Maryland Matters off the ground. While I mentioned the idea to dozens of people, he was the first person to offer to help me, way back in 2014. We held countless strategy sessions before we started to spread the word, and Keith was an integral part of that.

Keith had big aspirations for this website — sometimes unreasonably big, I thought. But you couldn’t help but love him for that. He remains a guiding light for the work I do here to this day, and always will.

And, of course, I miss the mastermind and political strategist. I’d love to hear his take on the dangerous national political environment we’re living in, as well as his views on this upcoming consequential election year in Maryland (on the latter, I’m sure we’d disagree about a thing or two). As the media landscape changes in Maryland, I sure wish I could ask him some advice about a few things.

On Friday, I’ll miss his joy at being part of a large, tribal political gathering, and his unceasing and infectious sense of optimism, all of which would be on full display at the Committee for Montgomery breakfast.

So whatever political intel I pick up there, whatever I hear from the stage, I will be thinking most of all about Keith.

Click here to read Josh Kurtz’s article on Keith immediately after he died.

When friends and loved ones leave this Earth, you miss them in different ways and for different things. Keith Haller, a co-founder of Maryland…

Remembering Our Co-founder Keith Haller and Building on His Legacy

Anniversaries of the deaths of loved ones are always hard. First anniversaries are the hardest of all. For the family and friends of Keith…

Friends Flock to the Ballpark to Remember Keith Haller

There wasn’t much Keith Haller liked better than a hot day and a trip to the old ballpark. Haller, the pollster, political strategist and…