Keith Haller was remembered by friends and loved ones Saturday as a master strategist and communications professional who was passionate about his family, politics, the community, music, sports – and dogs.

“If your goal in life is to be as good a person as your dogs think you are, your mission was surely accomplished,” said former Del. Bill Bronrott (D-Montgomery), a friend of Haller’s for 40 years.

Haller, a co-founder of Maryland Matters, died of cancer last month at the age of 70. His life was celebrated by family members, co-workers and other admirers at the Columbia Country Club in Chevy Chase.

The venue would have pleased and amused Haller greatly. Haller spent many years advocating for the construction of the Purple Line, the east-west light rail project linking Bethesda to New Carrollton, which is now, finally, under construction. And the Columbia Country Club was – and may remain – Ground Zero for opposition to the project.

A look out the windows in the bright and airy room where Haller’s life was celebrated Saturday revealed evidence that the Purple Line construction is well underway, just beyond the country club’s putting green and several holes of the golf course.

Barnes recounted meeting Haller during the 1972 presidential campaign of then-U.S. Sen. Edmund S. Muskie (D-Maine). From there, the two collaborated with dozens of other young leaders to organize a national Democratic issues forum in 1975, which drew several presidential candidates and other big names even though they started with no money, no organization and very little credibility.

“He made the impossible seem inevitable,” Barnes said, adding that Haller also helped defuse a crisis at the forum, which took place in Louisville, Ky., when opponents of school busing picketed the event.

That pattern lasted throughout Haller’s life, as he tackled each project with gusto – and action plans, sketched out on an endless supply of yellow legal pads. From Barnes’ election to Congress in 1978, to starting his own polling and communications firm, Potomac Inc., to helping launch countless community projects, including Maryland Matters, Haller “was a firehose of ideas,” as Adams put it. 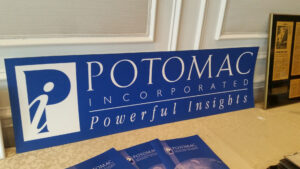 “He did all these things to make our county community,” she said.

Haller also had the ability to change people’s lives. Bronrott, who started in Barnes’ congressional office as a student intern, recalled Haller offering him a job as press secretary soon after – “a moment that changed the trajectory of my life, career and calling.”

Haller’s niece, Torrie Pagos, said that during a family bowling outing a few years ago, when she was a law student, Haller, deprived of his yellow legal pad, took a bar napkin and charted how she could one day become a judge.

“It was Keith seeing more potential in me than I saw in myself,” she said.

Haller was a music lover throughout his life, and in his final weeks took to singing when friends visited and called. O’Malley, guitar in hand, led the crowd in renditions of three of Haller’s favorites: “Blowin’ in the Wind,” “Amazing Grace,” and “This Little Light of Mine.”

Said another friend, Pam Fleischaker: “He lifted. He pushed. He pulled. He jumped. He shoved. He loved.”

Click here to see a slide show highlighting many of the projects Haller worked on through the years.

Seven questions on our mind as primary polls prepare to open

Nobody knows exactly who’s voting — or when we’ll finally know the official outcome of all the races.

His Campaign on Hold, Baker Could Offer Valuable Endorsement

A show of support from the popular Prince Georgian would be ‘powerful,” former Gov. Martin O’Malley says.