The writer is the executive director of the Maryland Automobile Insurance Fund. He is a former Maryland insurance commissioner and a former Republican member of the House of Delegates.

In 1991, as an almost 35-year-old new legislator, I went to Annapolis for my first legislative session. Assigned to the House Environmental Matters Committee, I served my first four years with then-delegate Brian Frosh.

Del. Frosh was an experienced, left-of-center Democrat from the Washington, D.C., suburbs, while I was brand new, a right-of-center Republican from the Baltimore suburbs.

During those four years, there were certainly plenty of opportunities for us to disagree, and we did. As a matter of fact, we participated in numerous animated, spirited disagreements over those four years. 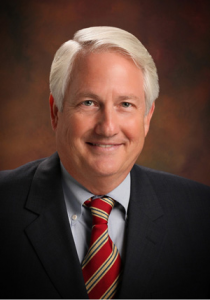 However, I never saw Del. Frosh raising his voice, being disrespectful or disparaging his opponents personally. Quite the contrary, he was always the considerate, consummate professional gentleman, passionately advocating the positions of his constituents based on the merits of the debate. Because of his professionalism and temperament, he was always approachable for a conversation, in hopes of finding a reasonable solution in the name of progress.

Since the time we served together, I have followed his career as I moved in and out of public service myself. Occasionally, we still find time to meet and discuss the topics of the day.

Mr. Attorney General, thank you for your years of service to the citizens of Maryland.