The writer, a Democrat, is a member of the Kent County Commissioners and a Kent County Oyster Committee representative for the Maryland Department of Natural Resources Oyster Advisory Commission. He writes from Rock Hall.

A newspaper article published last month reported that Maryland comptroller and announced candidate for governor Peter Franchot promised, if elected governor, to phase out the centuries-old wild commercial oystering industry, likely starting with a moratorium. The article also quoted Franchot saying he would rather “properly compensate” watermen for losing their jobs than find a bipartisan solution.

I can guarantee that if this happens, you will eventually destroy the entire seafood industry as we know it.

I find this to be a knee-jerk reaction by someone who has spent little time trying to help the industry over his many years in politics but has obviously spent a great deal of time counting votes promised by environmental groups.

My biggest question is, when did Franchot first become interested in the health of the seafood industry or the Chesapeake Bay? 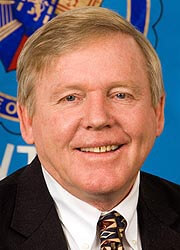 I am not aware of him reaching out to the industry to lend a helping hand or any efforts to understand the many issues facing the industry. Millions of gallons of raw sewage are dumped into the Bay almost daily by Baltimore City. He is witnessing firsthand the catastrophic harm caused by the Conowingo Dam, and yet he remains silent.

It bears the question, what could possibly be the justification for his proposals?

The grim impact of 2006’s historical loss was due to MSX and Dermo diseases, not overharvesting. These infectious diseases are lethal to eastern oysters.

Thankfully, we have not had a serious problem since.

Has Franchot ever wondered why Virginia exceeds Maryland in producing oysters? It is because Virginia is dedicated to the seed and shell program.

The state of Maryland participated in the program for 46 years and it yielded enormous successes. Regrettably, former Gov. Martin O’Malley discontinued the program.

Many of us have tried to get this program back up and running. All permits have been approved by all agencies necessary to move this forward. The last step is approval by the Board of Public Works on which Comptroller Franchot sits.

I ask Comptroller Franchot to reconsider his opposition to this program. Oystering has not only afforded jobs for generations of Marylanders, but for commercial fishers it is a profession and a way of life.

Comptroller Franchot’s views on phasing out commercial oystering will force hardworking watermen out of business.

Two years ago, the legislature instructed the Maryland Department of Natural Resources to establish an Oyster Advisory Commission.

I am a voting member of the commission and part of the Kent County Oyster Committee. Our mission is to meet regularly and work on ways to increase the numbers of oysters in the Bay. Over that period, I have attended over 40 meetings. 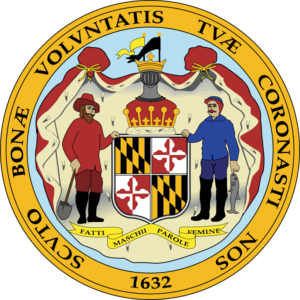 The Great Seal of Maryland.

I can only assume it was all wasted time because the comptroller obviously knows better.

Let me just stop here and suggest one thing. If Peter Franchot is elected governor, please look at the Great Seal of the state of Maryland. The two supporters holding the shield are a farmer and a fisherman. I think Mr. Franchot would be getting off to a very bad start as governor to eliminate either one.

Maryland’s economy and the livelihood of generations of families that work in the oyster industry rely on strong leadership that supports their way of life.

Our main goal in life should be to learn to live and work together, not do away with one another.