In a recent opinion piece offering advice to Gov. Larry Hogan on a possible U.S. Senate bid, Tiffany Muller of End Citizens United and Let America Vote shows her hyper-partisan hand [‘A Hogan Senate Bid? He Shouldn’t Run on Promise of Special Interest Money,’ Maryland Matters, July 16]. Make no mistake, these political organizations she leads are part of the far-left’s echo chamber of hypocrisy and hyperbole.

For starters, Muller falsely accuses Gov. Hogan of “making it harder for his constituents to make ends meet.” 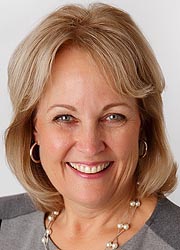 In reality, Hogan has opposed and vetoed every tax bill presented to him by the liberal taxing machine in the Maryland General Assembly. Earlier this year, Gov. Hogan ushered in the largest tax cut in state history through his RELIEF Act proposal which delivered over $1 billion in tax relief and economic stimulus to Marylanders in need as well as restaurants and small businesses.

With regard to the issue of campaign finance, it seems Democrat hypocrisy knows no bounds. Look no further than this Open Secrets report titled, “‘Dark money’ topped $1 billion in 2020, largely boosting Democrats.”

This nonpartisan report is just too good not to quote from directly.

“Democrats have consistently called for closing loopholes in campaign finance law that allow secret donors to bankroll pricey political ads. But that hasn’t stopped them from using secret funds to win elections. Of donations and spending reported to the FEC, liberal groups directed more than $514 million in dark money into the 2020 election, overshadowing around $200 million that boosted Republicans.”

I hope Tiffany Muller as president of these ultra-liberal special interest political groups will take up her criticism of raising and spending political dark money with Sen. Chris Van Hollen.

In Van Hollen’s lengthy 30 years as a career politician, he has raised hundreds of millions of dollars for his and other Democratic political campaigns, having led efforts for both the House and Senate Democratic campaign committees as well as political PACs.

Liberals never let the facts get in the way of a good story.

Here’s an inconvenient fact: It’s Chris Van Hollen, Chuck Schumer and the Democrats who are the true kings of dark money.

The writer, a Republican, represents Baltimore and Harford counties in the Maryland House of Delegates’ District 7. She was the Republican nominee for U.S. Senate in 2016.