So far, both have been slow to act.

The most recent shocking revelation is that the Navy found a particularly dangerous type of PFAS, PFOS, at a level of 7,950,000 parts per trillion in the soils at the Naval Research Lab – Chesapeake Bay Detachment in Chesapeake Beach. That level is 113,571 times higher than EPA’s voluntary lifetime drinking water health advisory for PFOS of 70 parts per trillion. The contamination in the soil was from PFOS in firefighting foam.

‘Dark Waters’ brings a class of chemicals to light

So what are PFAS, and why should Maryland residents care? PFAS refer to a family of human-made chemicals called per- and polyfluoroalkyl substances. They were brought to the public’s attention by the movie “Dark Waters,” about a lawyer and a community in West Virginia who fought DuPont chemical company, eventually winning a class action lawsuit in 2017 for those harmed by PFAS from the DuPont plant in Parkersburg.

PFAS are commercially attractive for use in manufacturing and in products because of the incredibly strong carbon-fluorine bond that forms the backbone of each molecule, giving them valuable heat-, stain- and water-resistance qualities. This bond has made PFAS useful ingredients in not just firefighting foams but non-stick coatings, stain and water protection for fabrics, and protective coatings.

PFAS are also used in food packaging, cosmetics, medical devices and other commercial products, like artificial turf. PFAS have been around since the 1940s, but the number of PFAS and their uses has exploded in the past 10 years.

The troubling reality of forever chemicals

Because of their strong carbon-fluorine bond, PFAS do not easily break down in the environment and are called “forever chemicals.” Equally troubling, there is no known way to destroy or safely dispose of PFAS. This forever quality and the lack of disposal methods means that these chemicals will eventually make their way into our water systems, our food and eventually our bodies.

That is not good because PFAS are associated with cancer, birth defects, developmental damage to infants, and impaired functioning of the liver, kidneys and immune system. In addition to these health risks, exposure to PFAS may make people more vulnerable to COVID-19 and diminish the effectiveness of the coronavirus vaccines.

All this means the contamination at the Navy lab in Chesapeake Beach will be impossible to contain. PFAS are already leaching into nearby ground water systems. If the soils and water on-site are removed for disposal, there is no treatment method to destroy these chemicals. If they are incinerated, the toxins will simply go into the air and rain down on neighboring communities; if they are put in landfills, they will simply leach into surrounding water supplies.

The truth is, PFAS are everywhere

Another shocking revelation that has quietly slipped under the radar in Maryland is that the pesticide that Maryland and many communities have been using to aerially spray for mosquitos also contains PFAS.

This was revealed when PEER and Maryland Pesticide Education Network tested a sample of Permanone 30-30, used by MDA for the state’s annual mosquito control program, and found it contained 3,500 parts per trillion of perfluorooctanoic acid and approximately 630 ppt of another PFAS, hexafluoropropylene oxide dimer acid.

While Maryland has switched to a new pesticide, there is no assurance that other pesticides don’t contain PFAS as neither the EPA nor the state of Maryland test for PFAS in these products. As states and local communities scramble to keep PFAS out of their water supplies, they have unwittingly been spraying it into communities from the air with toxic pesticides.

Bloom, a biosolid fertilizer produced from sewage, is widely used in Maryland for both croplands and backyard gardens. PFAS in fertilizer is all too common and raises serious public health concerns as the PFAS from the fertilizer contaminates both groundwater and surface waters, some of which are sources of drinking water. Applying PFAS laden biosolids means PFAS will accumulate in crops used for consumption by both livestock and humans, and risk exposing workers and consumers handling toxic fertilizers.

The truth is PFAS is everywhere. It’s in the water Marylanders drink, in their food and in their bodies.

Because of the nature of these chemicals, these forever chemicals aren’t going away – the problem will only get worse unless the state and federal government act quickly to address this problem.

At the federal level, action to protect public health at the Environmental Protection Agency has been captured by the chemical industry under both Democratic and Republican administrations. As a result, it has let over 9,000 PFAS on the market with little oversight.

The Biden administration has promised to change this and has made addressing PFAS a national priority, but early proposals by the EPA are falling short as they skirt the three main issues that need to be addressed.

Recent PFAS legislation introduced in Congress, which would set national drinking water standards and designate as hazardous substance under Superfund cleanup program and Clean Air Act, among other things, does not address these three issues either.

Avoidance will not work

The first of these issues that they are avoiding is that all PFAS need to be treated as one class of chemicals.

It is unfathomable to think that the EPA’s small staff can effectively evaluate and regulate 9,000 PFAS chemicals, and there is no reason to do so as all PFAS have similar structures and characteristics. The second is companies should only be allowed to use PFAS for “essential uses;” there are safer alternatives for almost every PFAS in use today. 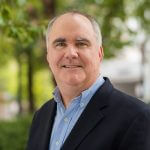 Finally, the EPA needs to require containment of PFAS waste until safe methods are found and strict disposal standards are promulgated into law.

Stopping the use of PFAS chemicals in firefighting foam, food packaging, and rugs and carpets, and preventing the mass incineration or landfilling of PFAS chemicals is a necessary first step for states to fill the void left by federal regulators.

Yet, in Maryland, a sensible bill that sought to do just that failed to pass out of the General Assembly.

Federal and state regulations are a start, but they are not enough.

The state of Maryland, local communities and water providers in the state ought to sue the chemical manufacturers and those that caused this pollution. These companies have known the risks posed by these toxic chemicals and seem quite content to make millions of dollars profiting from their use while states and local communities struggle to find the money to test for contamination and clean up their mess.

Fortunately, states such as Michigan, Minnesota, New Hampshire, New Jersey, New York, Ohio and Vermont have sued the manufacturers of PFAS chemicals for threatening public health and the environment, and New Mexico has filed a lawsuit against the federal government for water contamination at U.S. Air Force bases. Towns and water providers are also suing chemical manufacturers.

Those entities in Maryland that have been harmed by PFAS pollution ought to use the courts to make sure the chemical companies and polluters pay for the damage they caused.

A disturbing but timely call to action

As we finish this commentary, someone shared that the International Federation of Gynecology and Obstetrics issued an opinion calling for PFAS chemicals to be restricted around the globe because of the effects on women, pregnancy and human development.

Now is the time to act.

The writers are, respectively, executive director and legal fellow with Public Employees for Environmental Responsibility.

Passing the Taylor Act was a strong start to address the problem of PFAS, but MDE needs to take bolder action to stop the contamination from these toxic substances.

Report: More than a Third of Maryland’s Clean Energy in 2020 Came from “Dirty” Sources

Around 35% of Maryland’s “clean energy” in 2020 came from controversial renewable energy sources such as trash incinerators, landfills and woody debris burned in…

Opinion: Our Families Deserve an Environment Free of Chemicals

Would you rather your kids be bitten by a mosquito or be exposed to cancer-causing chemicals in your backyard? This mosquito season, the Maryland…