One group of people who have not gotten nearly as much attention but are having their rights altered and greatly impacted are victims of violent crime.

Criminal law and practice in Maryland used to, at least, give the appearance that the system was victim-centric. Even the most sweeping reform of the 21st century, the Justice Reinvestment Act, was advocated for with a focus on crime victim. Do not use resources to incarcerate drug offenders or probation violators, it was argued, rather save these resources to use on violent criminal offenders.

Policy from Gov. Larry Hogan’s office as recently as 2019 was a push for “truth in sentencing.” This was the idea that victims of crime should know up front when a sentence is handed down how long the person who harmed them would be out of our free society. While popular with the people, this policy never advanced out of the hearing stage in the General Assembly.

This session, in the middle of a still-ongoing pandemic, with remote hearings and limited testimony, Maryland is on the verge of passing several bills that if enacted will greatly change how a sentence is executed.

Senate Bill 494 and House Bill 409, named the Juvenile Restoration Act, proposes to give inmates, who were juveniles when the crimes they were incarcerated for happened, new opportunities to have their sentences modified if they are still incarcerated after 20 years. To still be incarcerated after a 20-year period, it is likely the inmate was convicted of a very serious crime against a person (murder, rape in the first degree, etc.) and that previous attempts to modify their sentence (motion for modification, three judge panel review, parole, etc.) have not been fruitful. This legislation would benefit inmates like Beltway sniper John Malvo.

This legislation would give the inmate a hearing before a trial judge in the county where the inmate was sentenced (not likely to be the judge who sentenced the inmate originally). The person seeking the modification will present arguments as to why their sentence should be reduced, the state and the victim can offer arguments as well, and if the judge is satisfied that the “interests of justice” are served, the sentence may be lowered (the sentence may not be increased).

If the inmate is unsuccessful in having the sentence modified, the inmate may apply again in three years. If unsuccessful after the second attempt, the inmate may apply again after another three years. A total of three new hearings for which a victim of a violent crime must decide whether the trauma of sharing what occurred to them is worth the possibility that the person responsible for that trauma will stay incarcerated.

People who study the impact trauma has on a victim caution others on having a victim detail what occurred to them multiple times. Each time is a reopening of a wound. Those of us who work with victims after a sentence has been handed down tell the victims the honest truth. If you do not want the person who caused this harm to you to be released early, then go to the parole hearings, the modification requests, and be heard. The impact on the decision maker hearing from the victim (or victim representative in the case of a murder or a crime against a child) is powerful. But it does come with a price to the victim’s psyche. 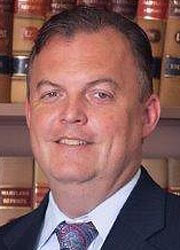 The General Assembly is proposing these changes without hearing from any professionals about the impact multiple hearings have on a victim. The Senate version of the bill has already been sent to Gov. Hogan’s desk. It is the hope of the Maryland State’s Attorneys’ Association that it will be vetoed.

The Maryland Judiciary’s Standing Committee on Rules of Practice and Procedure has proposed changes to sentencing rules that would permit later revision of long sentences if the defendants were younger than 25 when the sentences were imposed or the individuals had already served a significant amount of time and reached an advanced age.

The movement is to change Maryland Rule 4-345: Sentencing, Revisory Power of Court. This rule has been around for decades. Under it, a defendant’s sentence can be decreased but not increased. Currently, a defendant has to ask for such a modification within 90 days after initial sentencing. A judge can hold the motion but must make a decision within five years. After that period, the judge loses the power to make any changes. That five-year limitation came into existence in 2004 for a valid reason — public outcry.

Among the cases that led to increased calls to consider victims’ rights was that of Vincent Greco. In 1981, Mr. Greco raped and killed his girlfriend’s 79-year-old grandmother. In 1982, he was convicted of murder and rape, and given two consecutive life sentences. In 1992, 10 years after the sentence was imposed, the judge modified the sentence to 50 years. Greco was eventually released. The victim’s family, who originally thought he was away for life, suddenly could see him walking the streets.

The outcry was so strong that in 2001, legislation was drafted to limit a judge’s power to reconsider sentences to one year. Chief Judge Robert Bell declared that the state’s judges would support a limit on the time in which they could reduce sentences, telling The Washington Post that “judges don’t react to public clamor … but we do react to what is good for the system and society as a whole.” In 2004, as a result of that pronouncement, the five-year limit was placed in the rule. For 17 years, it has worked.

So, why change the rule and go back to a system that failed victims? Why should we force families back into court, decades after a case is over?

With the proposed change, two categories of inmates could get repeated chances at early release, through a judge’s “look back,” possible every six years. Those eligible include inmates who have been in jail 15 years or more, who reached the age of 65, and inmates who were convicted of committing offenses before the age of 25 and have served more than 15 years or 60% of a longer sentence.

For example, in Caroline County we convicted Travion Ross of rape because he had a child under the age of 10 perform oral sex on him. Ross was sentenced to a maximum for the count he pleaded to of 30 years in jail. If this reform passes, he will be eligible for the relief after 18 years.

Unlike the proposed bills described earlier, this rule change only needs to be adopted by the judges on the Maryland Court of Appeals. The judges are not as accessible to the voter as lawmakers and there is no governor veto. The rationale for allowing modifications to criminals under age 25 relies on the assertion that the brain does not fully develop until age 25.

Keep in mind we allow people to vote, marry, enter into contracts and fight in our armed forces at younger ages. Should those decisions be called into question now?

Under this change, there are 2,795 inmates serving life sentences in Maryland who would get a hearing if they committed their crime before age 25 or are now 65. There are also 3,249 inmates serving 15 years or more who were 25 or younger at the time of their crimes. That means thousands of families will get a letter from the state to come to court again — repeatedly.

This is a call to action for all citizens concerned about victims’ rights. We can’t allow this retraumatizing of victims to happen. A public outcry made a difference 17 years ago, and it can again.

Let’s let the courts and legislature know this is not acceptable.

The writer, a Republican, is the state’s attorney in Caroline County, a member of the State Board of Victim Services and the legislative chair for Maryland State’s Attorneys’ Association.

Bill Would Open the Door for Investigations in Wrongful Conviction Cases

The bill would require the Attorney General’s office and professional boards be notified when someone is eligible for compensation after a wrongful conviction.

The similarities in the officer-involved deaths of Maryland teen Anton Black, in 2018, and George Floyd, three weeks ago, are striking. Both African American…

As Maryland policymakers attempt to combat political corruption, a Senate committee Wednesday considered legislation that would expand the state’s definition of a public official…