There are many important decisions that Montgomery County voters will have to make in this election. We know that the presidency is top of the list ― with an overwhelming majority of residents telling pollsters that they want the racist, xenophobic, fear mongering president out of the White House.

Unfortunately, some in Montgomery County are using Trump-like tactics in their campaign to change the makeup of the County Council.

A piece recently published in Maryland Matters by Kim Persaud, the chair of Nine Districts For MoCo, equated the current council structure to outdated “Confederate policies.” I’m not sure if Ms. Persaud knows who is on the council, but she clearly failed to tell readers that this is the most culturally diverse council in history.

Of the nine members on the council, two are Black, two are Latino, and one is a member of the LGBTQ+ community. Three of those individuals are At-Large members, who were elected by all the residents of Montgomery County.

Ms. Persaud and the organizers of Question D, which would eliminate the four At-Large members of the council, are repeatedly selling falsehoods about the makeup of the council and about the county’s population centers. They are twisting facts faster than a President Trump tweet storm, hoping to confuse residents about the council’s diversity.

As a Black resident of Olney, I find it ironic. It’s actually Question D ― which is endorsed by the Montgomery County Republican Party ― that is most similar to Confederate policies by limiting representation for all residents. This is a classic move from the Jim Crow-era meant to diminish every resident’s ability to vote for five members of the council to just one. That’s the truth about Question D: it reduces your vote.

You don’t have to take my word for it. A simple fact check shows that the proponents of Question D are misrepresenting facts.

On the other hand, it’s the Democratic Party, the Latino, Black, and LGBTQ+ clubs, Jews United for Justice and the Montgomery County teachers who are supporting Question C – which would actually expand our democracy by adding two districts to the council while maintaining everyone’s ability to vote for five members of the council, by keeping the four At-large seats. The additional two districts are needed because our population has increased over 50% over the last 30 years and it’s time for the council structure to accommodate that growth ― without reducing representation.

The choice for Montgomery County is clear. Vote FOR Question C and AGAINST Question D so we can create more council districts, increase the diversity of the council and allow residents to maintain an important component of our system ― voting for more than one member of the council.

The writer has lived in Montgomery County since childhood. She is a founding member of the Coalition for Equitable Representation in Government (CERG 2 PAC) and is co-chair of Residents for More Representation. 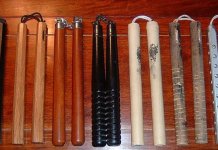