With the end of the state’s moratorium on utility service cutoffs looming, Maryland lawmakers on Wednesday heard from regulators, energy assistance agencies, consumer advocates and the utilities themselves on what they’re planning to do to aid struggling ratepayers.

Members of the House Economic Matters Committee and the Senate Finance Committee are plainly worried about the approaching change in state policy and its possible impact on their constituents during a time of great economic uncertainty.

“It’s getting to be cold,” said state Sen. Malcolm Augustine (D-Prince George’s). “I am extremely concerned. The deadline in my mind is pretty dubious.”

Officially, the state’s moratorium on utility service shutoffs, which was imposed in early April, less than a month into the COVID-19 pandemic, is set to end on Oct. 1. 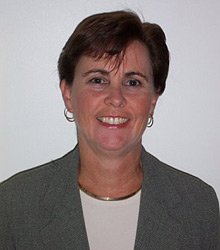 But gas and electric utilities are required to give ratepayers who are in arrears at least 45 days ― to arrange a reimbursement schedule or seek energy assistance payments from government agencies or nonprofit groups ― before moving to cut off service. Customers who take either action within 45 days of a cutoff warning would not have service disconnected.

But even with these guardrails, lawmakers and consumer advocates warned that the lifting of the shutoff moratorium is going to unnecessarily cause financially struggling ratepayers extra pain and anxiety. Some questioned why the moratorium was being lifted.

“We really haven’t had any change in the financial situation of the state,” Augustine said.

“There is never any good time to do this,” said Jason M. Stanek, chairman of the Public Service Commission.

Other lawmakers and consumer advocates wondered whether the state’s investor-owned utilities were being asked to make financial sacrifices during the pandemic.

“Shouldn’t they feel something in this?” asked Del. Brian M. Crosby (D-St. Mary’s).

Paula M. Carmody, who runs the Office of People’s Counsel, which represents consumer interests before the PSC, told lawmakers “it would be a wonderful thing if these responsibilities were shared across the board and not just a burden carried on the backs of consumers.”

Stanek replied that it would be up to the legislature to determine whether the Maryland government could cap utility company profits during a state of emergency.

Several state officials noted that the state’s Office of Home Energy Programs (OHEP) has about $170 million available to low-income Marylanders who need relief with their energy bills.

Bill Freeman, who runs that office, told lawmakers that families whose income is 175% of the federal poverty level qualify for state assistance with their energy payments ― and that their eligibility is calculated by their previous month’s earnings rather than annual income.

“I think that’s particularly responsive to the current crisis,” he said.

Del. Jay Walker (D-Prince George’s) wondered what would happen to families who don’t meet any of those thresholds but are still struggling to pay their utility bills.

“Why isn’t there a program in place in these extreme times that we can point to to people in Maryland?” he asked.

Freeman replied that the legislature and governor could expand eligibility guidelines ― and that consumers who don’t qualify for the OHEP assistance may qualify for local government aid or help from area nonprofit groups.

Representatives from Baltimore Gas & Electric, Pepco and WGL Energy (Washington Gas) testified that they have programs designed to help ratepayers, are setting up programs to aid struggling small businesses, and have made charitable donations to area nonprofits that aid poor families.

But clearly more financial pain is coming for consumers ― and some may not even be aware of it yet.

“Obviously folks have a lot of needs at this time,” Freeman said, “and we really think energy is coming to the front, or near the front.”