President Trump won’t get to speak before tens of thousands of cheering, sign-waving supporters on Thursday night, but he will make use of another grand stage when he delivers his acceptance speech — on the final night of the Republican Party’s virtual convention — from the White House.

For Democrats and ethics watchdogs, Trump’s use of federal property and personnel for a political event is another blatant example of the president’s willingness to break laws and shatter norms.

Republicans see it differently. Their view can be summed up in a few words: Get a life. No one cares.

Rep. Jamie Raskin (D-Md.), a constitutional law professor at American University, called the GOP’s use of the executive mansion and other federal property during the course of the convention “a blatant violation of the law.”

“Trump has completely destroyed the boundary between what is official government business and what is political campaign advocacy,” Raskin said. “What gets me is the sheer arrogance of it.”

“They’re essentially daring anybody to try to stop them,” he added. “It’s like something out of ‘The Hunger Games.’”

On Tuesday night Trump held a naturalization ceremony at the White House for five new citizens during the convention’s prime time programming (at least two of them, The Wall Street Journal reported Wednesday night, did not know they would be part of the convention). First Lady Melania Trump gave the closeout speech Tuesday from the Rose Garden.

Walter Shaub, the former director of the U.S. Office of Government Ethics, took to Twitter to denounce the citizenship event, calling it “an obscenity.”

“I have never seen an unethical abuse of public office like this one,” he wrote. “This was absolutely shocking. Short of bribery or other serious criminality, I cannot recall anything remotely close to this.”

On Wednesday night, Vice President Mike Pence gave his acceptance speech from Fort McHenry in Baltimore — a national monument that has been off-limits to the general public since the outbreak of COVID-19.

Pence compared the challenges facing the U.S. to the American victory over invading British forces at Fort McHenry in 1814. 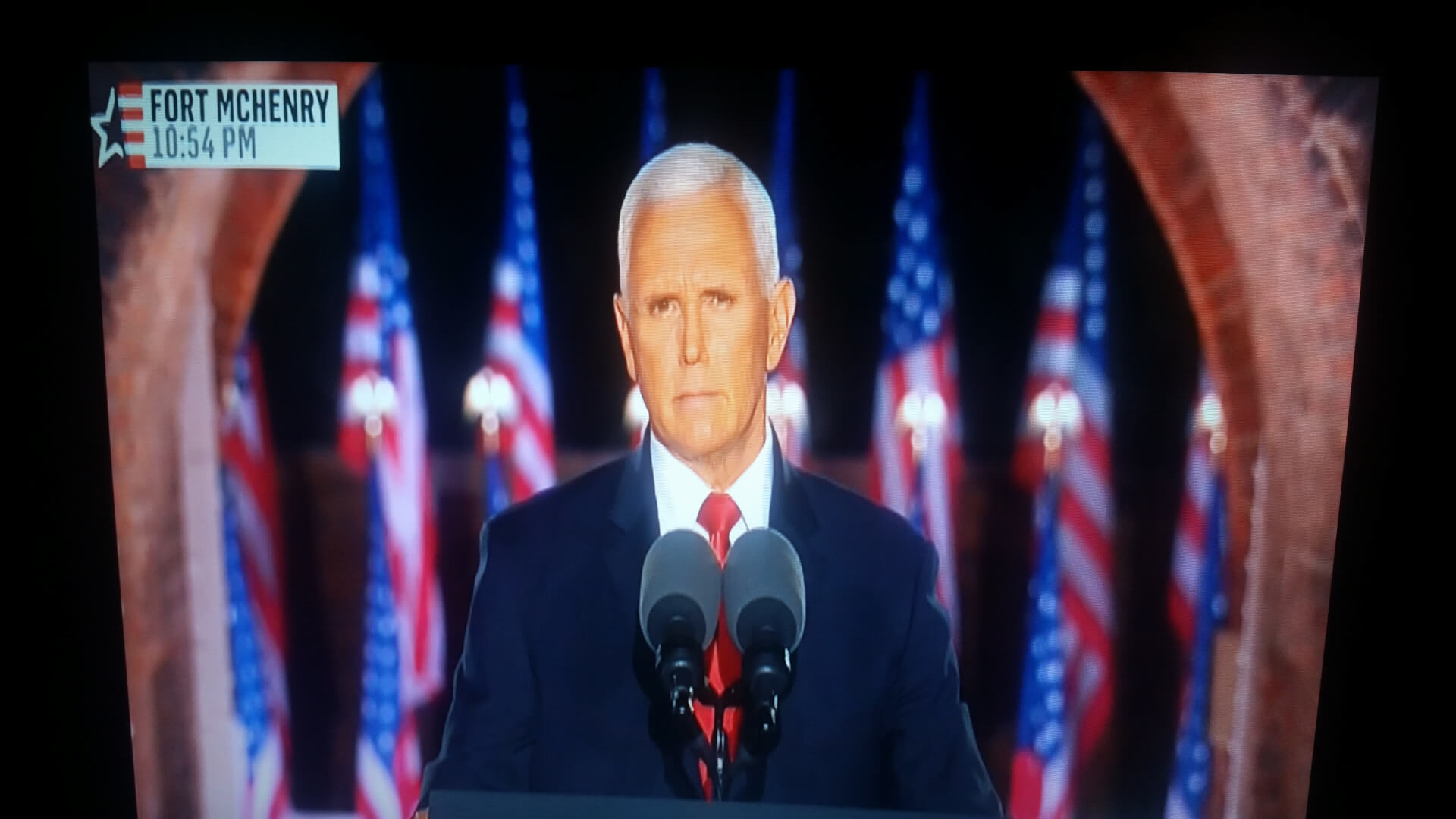 “The enemy was counting on us to quit. But we never did. Fort McHenry held. And in the morning, our flag was still here,” Pence said. He went on: “If you look through the fog of these challenging times, you will see, our flag is still here today.”

When the speech ended, the Trumps dropped by to greet Pence and his wife, Karen.

Tensions were high outside Fort McHenry in the lead-up to Pence’s speech.

Anti-Trump protesters marched over the bridge on Fort Avenue, carrying signs and chanting, “Hey hey, ho ho, Donald Trump has got to go” as they inched their way as close as the barricade would allow them to the federal park.

It was at that point that they met just a handful of unmasked Trump supporters lining the police barriers, who heckled and took pictures of them as they chanted.

Things remained largely peaceful until protesters began chanting “Black lives matter” and the insults got more personal. As one woman lectured protesters about Black on Black crime in Baltimore, the crowd chanted, “Give her a mask” and “she’s a Karen,” to which she responded, “That’s Ms. Karen.”

Protesters were fairly creative in their application of the vernacular to tried and true protest anthems. Notably, as they sang and stomped their feet to the traditional “I Went Down To The Rich Man’s House” they replaced “rich man” with “Karen” after a few verses.

A few minutes later, a fistfight broke out. As bodies tangled on the ground someone was tased and one protester was taken away in handcuffs as opposing sides exchanged insults. A small group of pro-Trumpers, including one man implicated in the scuffle, was escorted by Baltimore City police officers down to Fort Avenue as low-flying helicopters buzzed overhead.
‘No real world consequences’

Despite the complaints about the Republicans government property for political purposes, there was a collective shrug across Washington, D.C., on Wednesday. 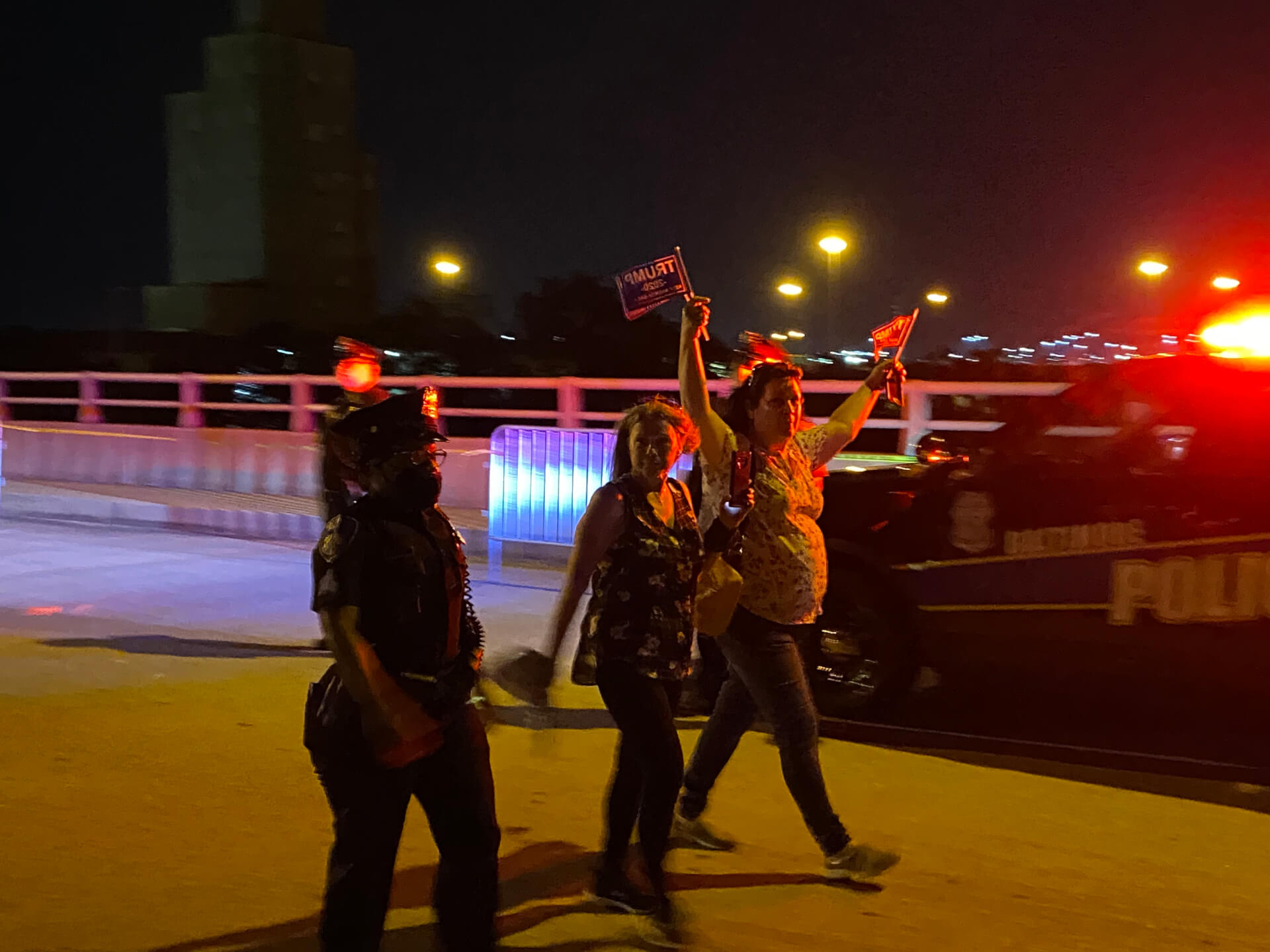 President Trump supporters on Fort Avenue in Baltimore Wednesday night, near the entrance to Fort McHenry. Photo by Hannah Gaskill

“As notable as it is that this administration repeatedly flouts ethics norms, it is true that there are no real world consequences and the Hatch Act means nothing to most people,” said CNN political correspondent Abby Phillips on Twitter, referring to laws against campaign activity by government workers.

“Many Americans will look at the WH pageantry last night and will think it’s pretty cool,” she added.

White House Chief of Staff Mark Meadows put it more bluntly, telling Politico, “Nobody outside of the Beltway really cares.”

“What it’s really designed to do is to make sure people like myself and others do not use their political position to try to convince other employees other federal employees that they need to vote one way, need to register one way or need to campaign in one way,” Meadows said. “We take it on well beyond the original intent of the Hatch Act.”

But Garrett M. Graff, a journalist and the director of the Aspen Institute’s Cybersecurity Program, saw Trump’s use of the White House as part of a troubling pattern.

“The core of Trump’s reelection — from the Ukraine phone call to pardoning someone in the Rose Garden yesterday as part of the Republican convention — has been predicated on misusing the immense power of his office for political gain,” he said online. “That’s not another ‘norm’ that’s been violated.”

“We’re just buffeted by the offenses of the administration on a daily basis,” he said. “So put this on the stack.”

The congressman said using the White House for political purposes pales in comparison with the actions taken by the new Postmaster General.

“The abuse of the Post Office could end up costing us the election and perhaps our democracy,” he said. “The ripoff of the White House is clearly against the law but everybody sees it for what it is.” 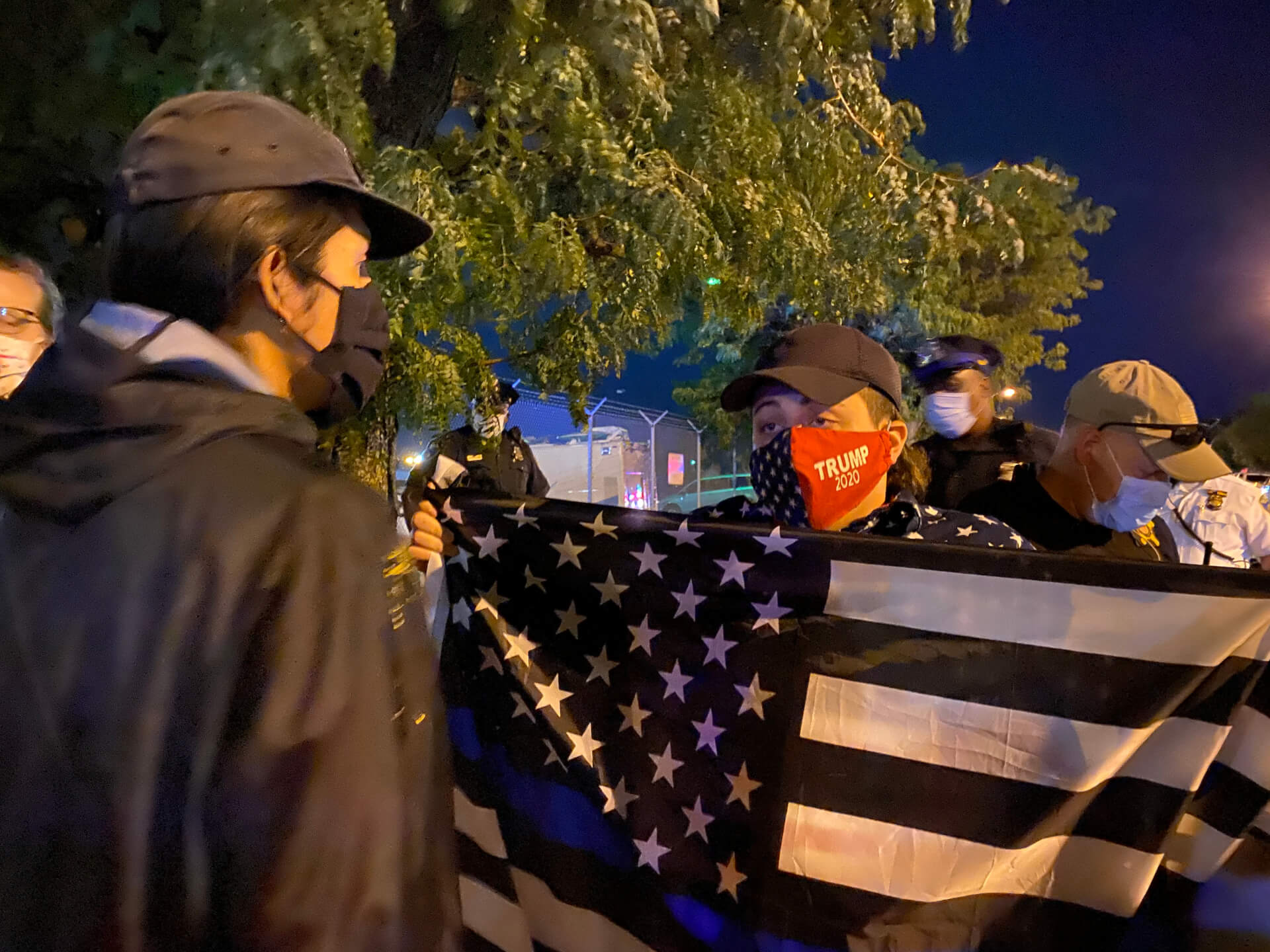 Rep. Andrew P. Harris, the lone Republican member of Maryland’s congressional delegation and a staunch Trump-Pence supporter, did not respond to a request for comment.

It could not be immediately determined if Harris was in the audience at Fort McHenry Wednesday night — though David Bossie, the Republican National Committeeman for Maryland who heads the conservative national organization Citizens United, was in the front row.