“The Trump Administration is revoking California’s Federal Waiver on emissions in order to produce far less expensive cars for the consumer, while at the same time making the cars substantially SAFER,” Trump wrote on Twitter.

California is allowed to seek waivers under the Clean Air Act to set its own air pollution standards for cars and trucks. In 2009, the Obama administration granted the state a waiver to set stricter greenhouse gas standards after the George W. Bush administration had rejected California’s request. Other states can adopt California’s tougher rules.

The announcement comes as the Trump administration moves to weaken greenhouse gas emission standards for cars that were also put in place by the Obama administration. Both moves are certain to face legal challenges.

“Bizarrely, the Trump team is barreling ahead to revoke California’s ability to set emission standards — over the objections of the automakers themselves, who see themselves caught in multi-car pile-up in the nation’s courts,” wrote David Doniger of the Natural Resources Defense Council. “This will not end well, for the car makers or the administration.”

Several major automakers reached a deal with California earlier this year to increase fuel efficiency beyond the Trump administration’s proposal.

“Once again, the Trump Administration has come down on the side of polluters instead of the American people,” Attorney General Brian E. Frosh (D) said Wednesday. “California has led the nation in advancing clean air strategies and in addressing our climate crisis. Maryland has adopted California’s vehicle emission standards, and our air and water are cleaner for it. This latest action puts oil company profits first and puts the health of our people and our environment last.”

More details about the administration’s plans are expected to be unveiled Thursday when Wheeler and Transportation Secretary Elaine Chao have said they’ll make a policy announcement at EPA headquarters in Washington, D.C. 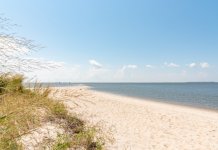 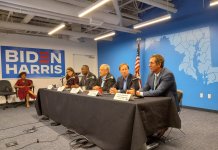