Four former heads of the U.S. Environmental Protection Agency blasted the Trump administration’s management of the agency on Tuesday, telling a congressional panel that the administration runs the risk of harming the environment and public health for years to come.

The former EPA chiefs – who led the agency under Presidents Reagan, George H.W. Bush, George W. Bush and Obama – all raised concerns about the Trump EPA. They warned that EPA officials are abandoning the agency’s mission, ignoring science, pushing out career employees and silencing information about climate change.

Rep. John P. Sarbanes (D-Md.), a member of the House Energy and Commerce subcommittee that held the hearing, said he’s also troubled by the agency’s actions under President Trump.

“Something I find insidious is obviously the agency can benefit from bringing in as much input from key stakeholders as possible, but as I understand it, they are relaxing air pollution rules without getting guidance from key stakeholders, including states,” Sarbanes said.

The former EPA administrators called on Congress to assert its oversight authority and try to return EPA to its mission to protect public health and the environment.

“I’m here for one reason and one reason only. And it’s not to weep about all my precious rules being rolled back, though I admit that the constant roll-back is beginning to tick me off a bit, maybe more than a bit” said Gina McCarthy, who was EPA administrator under President Obama.

“I’m here to remind the political leadership at the EPA that what they do matters, and it’s time for them to step up and do their jobs. Just do your jobs. Right now this administration is trying to systemically undo health protections by running roughshod over the law.”

Christine Todd Whitman, former Republican governor of New Jersey and EPA chief for George W. Bush, said she is “deeply concerned that five decades of environmental progress are at risk because of the attitude and approach of the current administration.”

“I am tired of hearing decisions being made where we solely talk about how much it has reduced manufacturer’s cost. That is not the mission of the agency,” said McCarthy.

In April, seven former EPA administrators sent a letter to the committee, asking for more oversight of the agency. Concerned about the direction of the agency, 350 EPA alumni formed an association, the Environmental Protection Network, to keep tabs on the changes at the agency.

McCarthy called on the committee to use its oversight authority to question EPA, particularly regarding whether the agency is including career staff in decision-making and protecting scientists from political interference.

“I, for one, am here to implore the subcommittee to use its authority to ensure that EPA is focused on its mission,” McCarthy said.

The Senate confirmed Andrew Wheeler earlier this year as EPA administrator. Wheeler is a former coal industry lobbyist with years of experience in political posts at the agency.

The Trump administration has also come under scrutiny for its treatment of science at EPA. Agency officials sparred with scientists on its own board of science advisors recently over what kinds of studies the agency should consider when considering new regulations.

Lee Thomas, who was EPA administrator under President Reagan, questioned the current EPA’s commitment to science.

“Does the agency have adequate resources with the strong scientific capability it needs? Is it seeking input from key scientific advisory committees?” Thomas said. “Is it coordinating actively with the broad scientific community on research surrounding environmental issues? I don’t think they do.”

Meanwhile, career employees have been leaving the EPA in droves – at least 1,800 of them since Trump took office, according to the witnesses. McCarthy said there is an “erosion of morale” among agency employees because of the “hostility of EPA leadership to its own mission.”

The Trump administration has also proposed deep spending cuts for the agency, which have consistently been rebuffed by Congress.

Whitman warned that agency officials have tried to silence information on climate change and intimidate scientists at the agency, who are afraid to speak out. Scientists have been told they can’t participate in various meetings or mention climate change in reports, Whitman said.

“From what I have heard from people still there, the idea is the best thing is to keep your head down, if you have something you believe is contrary to where the administration wants to see the agency go,” said Whitman. “You have to be very careful with how you come forward with it, if you do at all. This is not healthy, not good for the environment at the agency itself and not good for us getting transparency.”

Wheeler, who was not at the hearing, on Tuesday tweeted a link to a news article stating that EPA has cut 40 major regulations since Trump took office and plans to cut another 49. “We are definitely at the top” of regulation killers, he was quoted saying.

Allison Winter is a Washington, D.C., correspondent for The Newsroom. 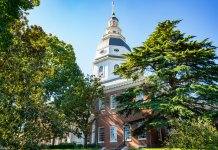