Bloodshed in Baltimore hasn’t been this bad in a long time, but fear not, newly minted Mayor Jack Young has a solution — boxing rings on every corner.

At least four people were shot in Charm City this past weekend. In response to the violence, the Mayor suggested that, “You know if they really want to settle them, we can have them down at the civic center — put a boxing ring up and let ’em go and box it out.”

Instead of pivoting to theatrics and silly suggestions, Baltimore’s leaders need to knock out graft and use savings to actually police the beleaguered city. The city’s residents – and taxpayers – deserve better than politicians and corrupt city employees benefiting while Baltimore gets KO’d.

At first glance, it may appear that Baltimore’s troubles stem from a lack of resources. But this is only true because of the rampant misuse of taxpayer dollars by public officials and their allies in abuse. Recently-disgraced Mayor Catherine Pugh skimmed hundreds of thousands of dollars from public coffers by goading a public sector entity into paying inflated amounts for her “Healthy Holly” books.

Ironically, Pugh came into office promising a cleaner tenure than former mayor Sheila Dixon, who pocketed gift cards that were supposed to go to low-income children. It’s little wonder that, according to a 2017 Washington Post-University of Maryland Poll, nearly 60 percent of Baltimore residents described corruption as a “big problem” inside of their own city.

The privately pocketed funds from scandals quickly add up and could be used in the never-ending fight to secure Baltimore’s streets. There were more than 300 murders in the city last year, and Baltimore’s murder rate has surpassed high-crime cities such as Chicago and Detroit. 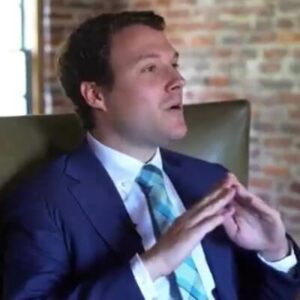 A persistent shortage of staffing forces the police department to rely on overtime staffing, but there’s no way to properly ensure that the overtime system is not being abused. According to city Finance Director Henry Raymond, the department “lacks internal controls that would allow the department to ensure officers are working all of the regular hours for which they are paid, as well as to ensure any overtime hours are necessary.” The system still relies on paper attendance records, and officials are struggling to balance the demands of digitization against actual crime-fighting costs.

It doesn’t help that, according to court testimony from the recent Gun Trace Task Force prosecution, it is “common practice” for commanders to “pay” officers by giving them overtime pay for no work (known as “slash days”). The department has also been known to deliberately make work for themselves, harassing residents on taxpayers’ dime. According to a lawsuit, the police’s marine unit tried to get rid of a boat that was parked legally off Fells Point but regarded by some as an “eyesore.”

Getting Baltimore back on track must start with ending these abuses. If police spent less time going after frivolous crime and logging dubious overtime hours, the department could have more resources to actually go after criminals and digitize their work tracking systems at the same time. Eliminating this corrosive culture starts at the top, with public officials committed to curbing graft and holding fellow, corrupt officials accountable.

If high-profile politicians such as Mayor Young are unwilling to act, then it’s up to the state to step in and end abuses. For example, Maryland can claw back funds that are being improperly spent, and hire more dedicated personnel to track where their spending winds up after landing in city coffers.

But gimmicks such as boxing rings on every corner will only erode the credibility of the Baltimore city government and shift focus away from real, needed reforms. Mayor Young still has a chance to wipe the slate clean and work toward a safer Baltimore that is fairer to taxpayers. But to do so, he must put on his boxing gloves and take the fight to a corrupt city culture.

The writer is director of policy at the Taxpayers Protection Alliance.

In AG Race, O’Malley Gives Brown a Run for His Money